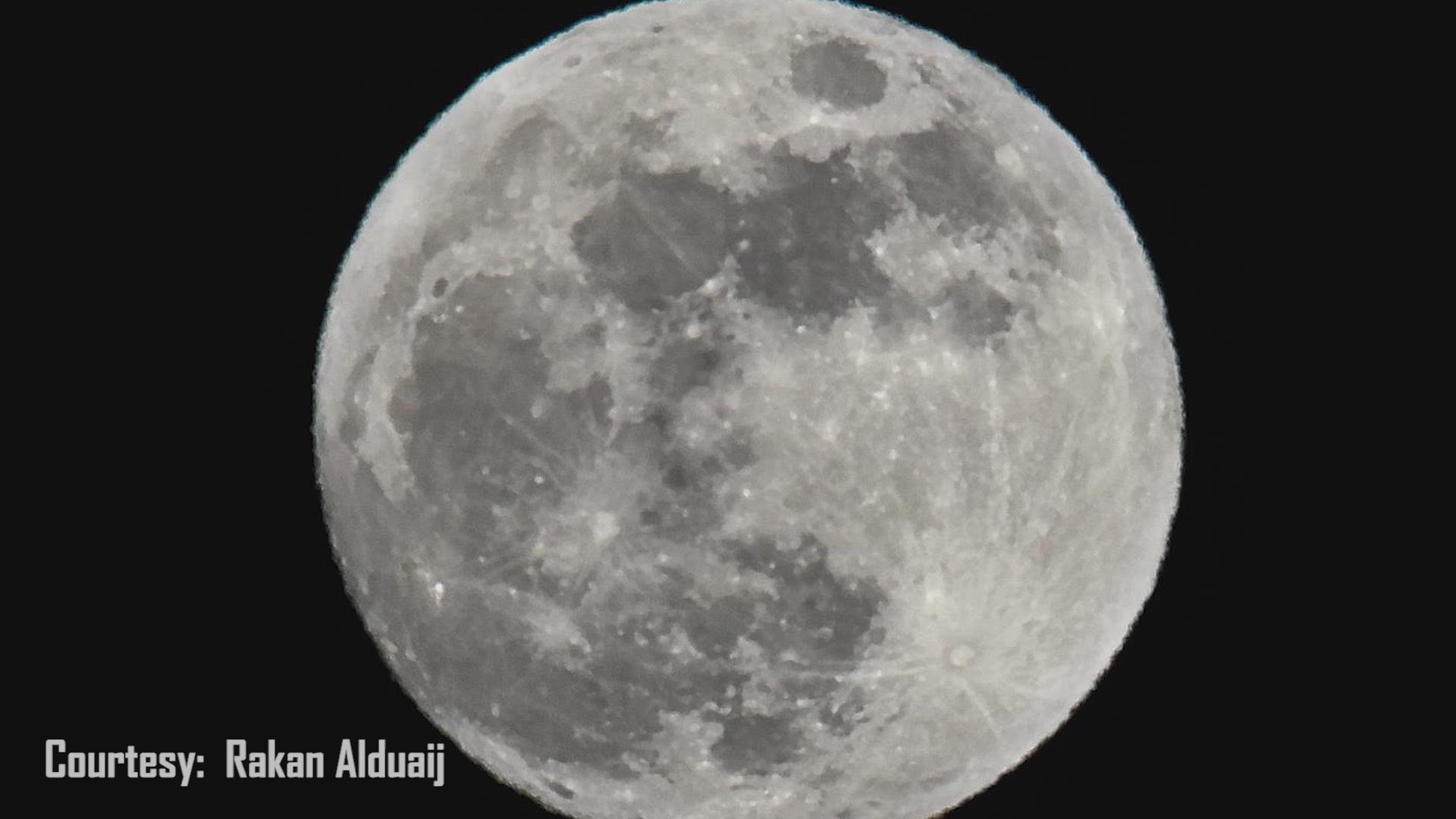 It was also a "blue moon," which is the second full moon that happens in the same calendar month. The month's first moon happened on January 1.

It all coincides with a total lunar eclipse, which is called a "blood moon" when the moon is in the Earth's shadow and takes on a reddish tint.

When celestial events happen in the winter months in the Pacific Northwest, there's a slim chance we will have a clear view, but there was a chance skygazers could see this rare event, according to KING 5 Meteorologist Ben Dery.

The forecast was mostly cloudy, so we did not see it in its entirety, but there were some brief breaks in the cloud deck.

The prime locations for viewing the supermoon and eclipse were:

Best location: Central and Eastern Washington. They will see a mostly clear sky.

This rare trilogy of lunar events hasn't happened in more than 150 years, according to earthsky.org. The last "Blue Blood Moon" was recorded back in March 31, 1866. 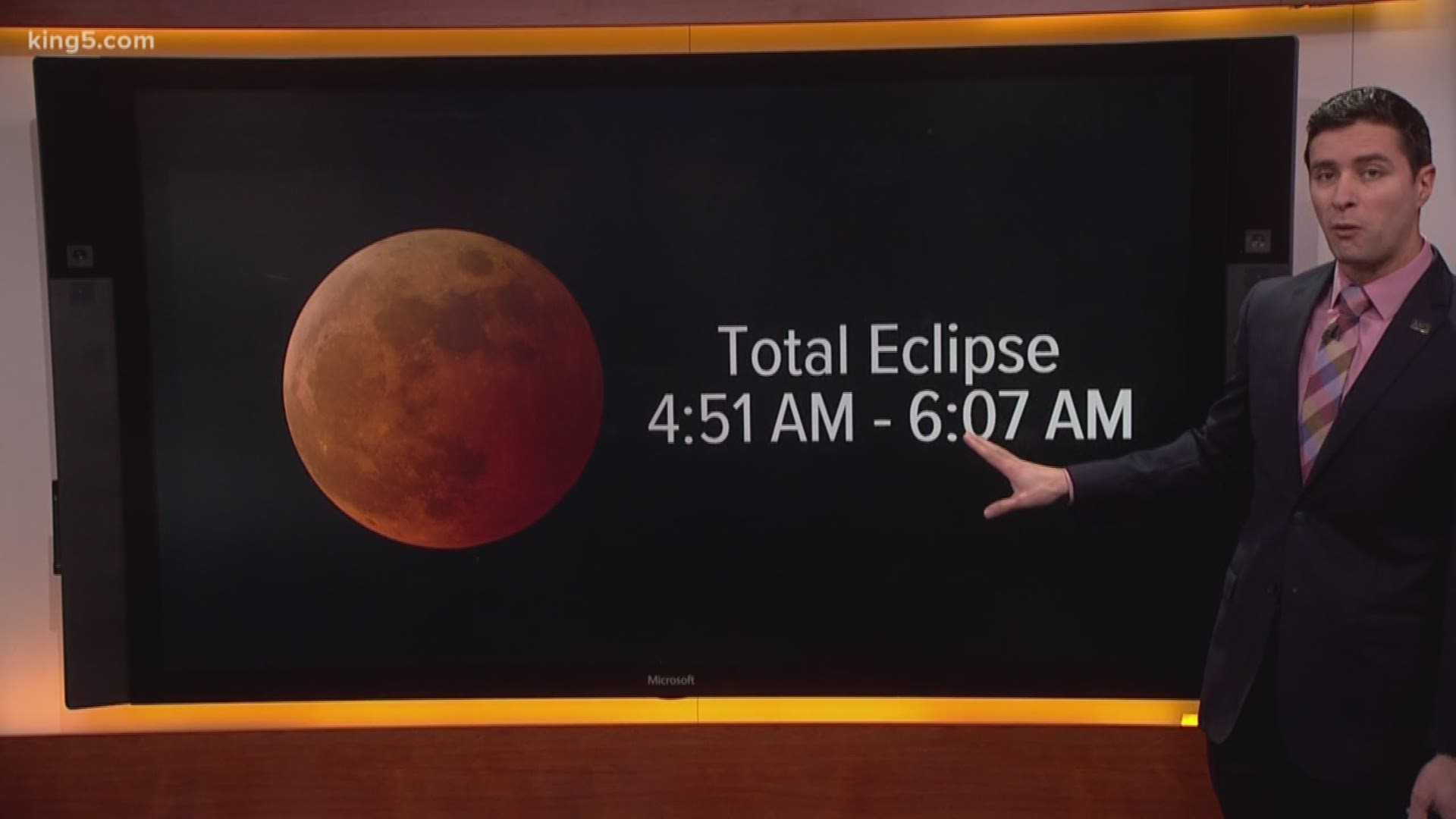 Stages of the Jan. 31, 2018 &ldquo;super blue blood moon&rdquo; (weather permitting) are depicted in Pacific Time with &ldquo;moonset&rdquo; times for major cities across the U.S., which affect how much of the event viewers will see. Credits: NASA