New technology could save water systems in an earthquake

A Bothell-based engineering company is working to develop technology that could help save community water systems during a big earthquake. 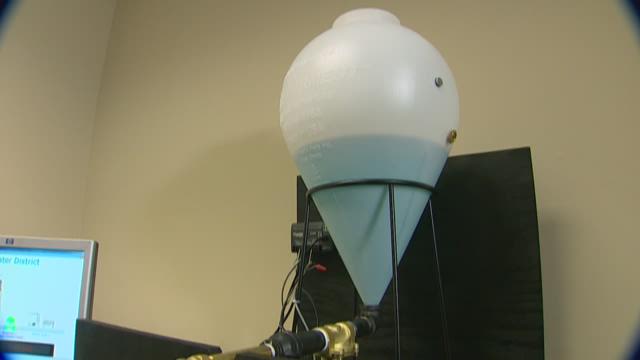 A Bothell-based engineering company is working to develop technology that could help save community water systems during a big earthquake.

"The earthquakes we've had in the northwest are relatively small compared to the ones we're planning for," said Dan Ervin, CEO of RH2 Engineering.

The company has worked with public water utilities for 37 years in Washington and Oregon. RH2 has been equipping utilities with electronic shutoff valves tied into earthquake sensors that can begin shutting down valves when the sensor detects shaking.

Ervin said RH2 has also been waiting for some sort of warning technology to come along that can shut down those valves in advance.

"Sometimes those valves can take 20 to 35 to 45 seconds to close," said Ervin. "If we start the close when they sense the shake, they may not get closed by the time the damage has occurred."

The problem is without the valves, valuable drinkable water can be lost out of reservoirs and water towers, according to Ervin. The system would also shut off power temporarily to pumping stations.

"We might also open a switch at a pumping station and de-energize it electrically when the shaking is extreme, to maximize the potential that it's usable after an earthquake," Ervin said.

For more than five years, the University of Washington, other west coast universities, and the U.S. Geological Survey, have been working toward a public system that can give people seconds if not minutes worth of warning that earthquake shaking is coming, and how much shaking people might expect.

Since early April 2017, the west coast states of Washington, Oregon, and California have been tied together electronically through ShakeAlert, which provides a bigger network of earthquake monitoring.

ShakeAlert is considered functional, but it's still on a developmental basis as more work needs to be done, including pilot studies to prevent false alarms. They are trying to find out in real life situations if the system can do things like shut off water utilities, slow trains, prevent traffic from entering certain bridges, and other actions to keep people safe.

When public, the system will send out signals over television and radio stations, the internet, and can be piped into buildings and workplaces. Eventually a smartphone app is expected, but there are still technical challenges.

The earthquake early warning system depends on a network of seismometers and computers that can calculate how many seconds it will take for damaging earthquake "S" waves to reach a certain location.

However, only about 700 of the 1,700 seismometers needed are in place, and most of those in California.