By reflecting even small amounts of light, objects in orbit can interfere with sensitive instruments used by astronomers pointed out into the dark of the universe. 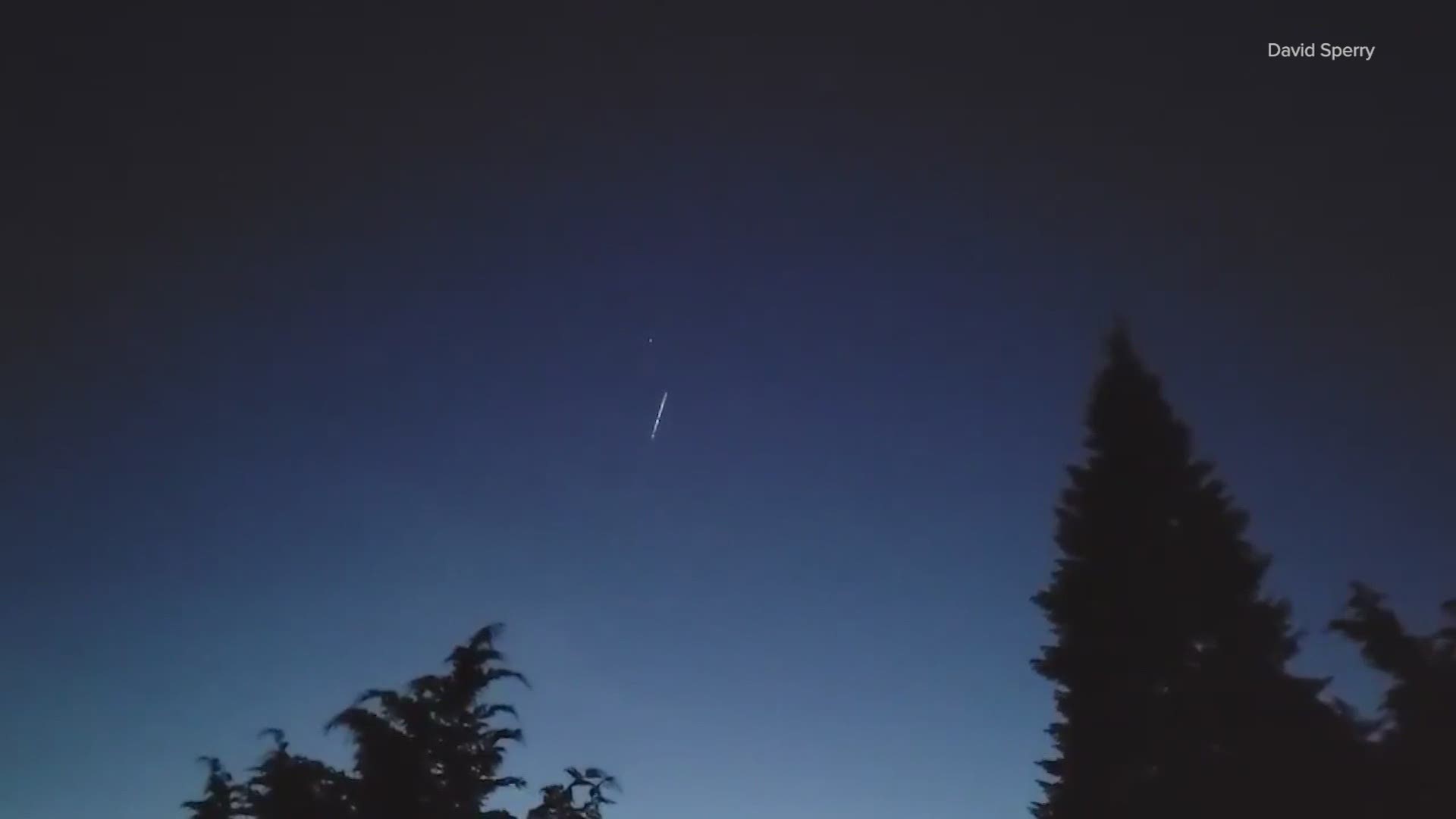 SEATTLE — Satellites from a SpaceX launch danced in the night sky over western Washington Tuesday, catching the attention of stargazers once again. But the spectacle is concerning to some local astronomers.

People shared photos and videos on social media just after 9 p.m. Tuesday showing a long streak of lights moving through the sky. People reported seeing the lights from Bellevue, Puyallup, Covington and even Portland, Ore.

Uhhh, anyone know what this is??? Just flew over our house in Puyallup 😳 @KING5Seattle @Q13FOX pic.twitter.com/fMKL1Eb79U

The National Weather Service tweeted the lights appear to be associated with SpaceX's Starlink satellite launch from the Kennedy Space Center in Florida on Tuesday. A SpaceX Falcon 9 rocket launched 60 Starlink internet satellites into orbit, according to the SpaceX website.

Dr. James Davenport, an assistant professor in the Department of Astronomy at the University of Washington, explained Tuesday night why people are seeing the satellites.

KING 5 has not received any word from SpaceX.

In March, a strikingly similar scenario played out in the night sky, which turned out to be debris from a SpaceX rocket coming back down from orbit.

SpaceX, owned by Elon Musk, launched that Falcon 9 stage 2 rocket on March 4, and the debris was seen in the sky the night of March 25. The rocket was supposed to de-orbit over the ocean, but came down over the Northwest instead. A piece of that rocket was actually found in Grant County days later.

The lights Tuesday night were striking, and clearly visible to many people using their phones. Though Davenport said recently launched "trains" are the brightest, even dimmer satellites can cause problems.

By reflecting even small amounts of light, objects in orbit can interfere with sensitive instruments pointed out into the dark of the universe. It's a concern astronomers have been raising as SpaceX and other companies send exponentially more satellites into orbit. Amazon has also said it plans to put thousands of satellites into low-earth orbit.

"So we're busy taking pictures of the night sky all around the world, almost the entire night sky every night," Davenport said. "And these things show up as big streaks across your image. It's like waving a flashlight right in front of your camera when you're trying to take a picture of your kids. It ruins the shot."

"We're really worried about the impact it's going to have on science projects that cost hundreds of millions of dollars, and have taken decades to build," he added. "These kinds of things can super interfere with our science."

SpaceX made modifications to its initial satellites in an effort to reduce light pollution, but the issue persists.

Davenport noted: scientific discoveries from our use of space have led to the advancement of society. Still, it's a balancing act to preserve the dark skies, while sustainably utilizing the natural resources around the planet.

"We're never going back. I mean, technology is the genie that doesn't go back in the bottle," Davenport said. "But this is where smart consumers and smart governments and productive regulation, this is where these things come in to help us preserve the environment in this, the environment around Earth." 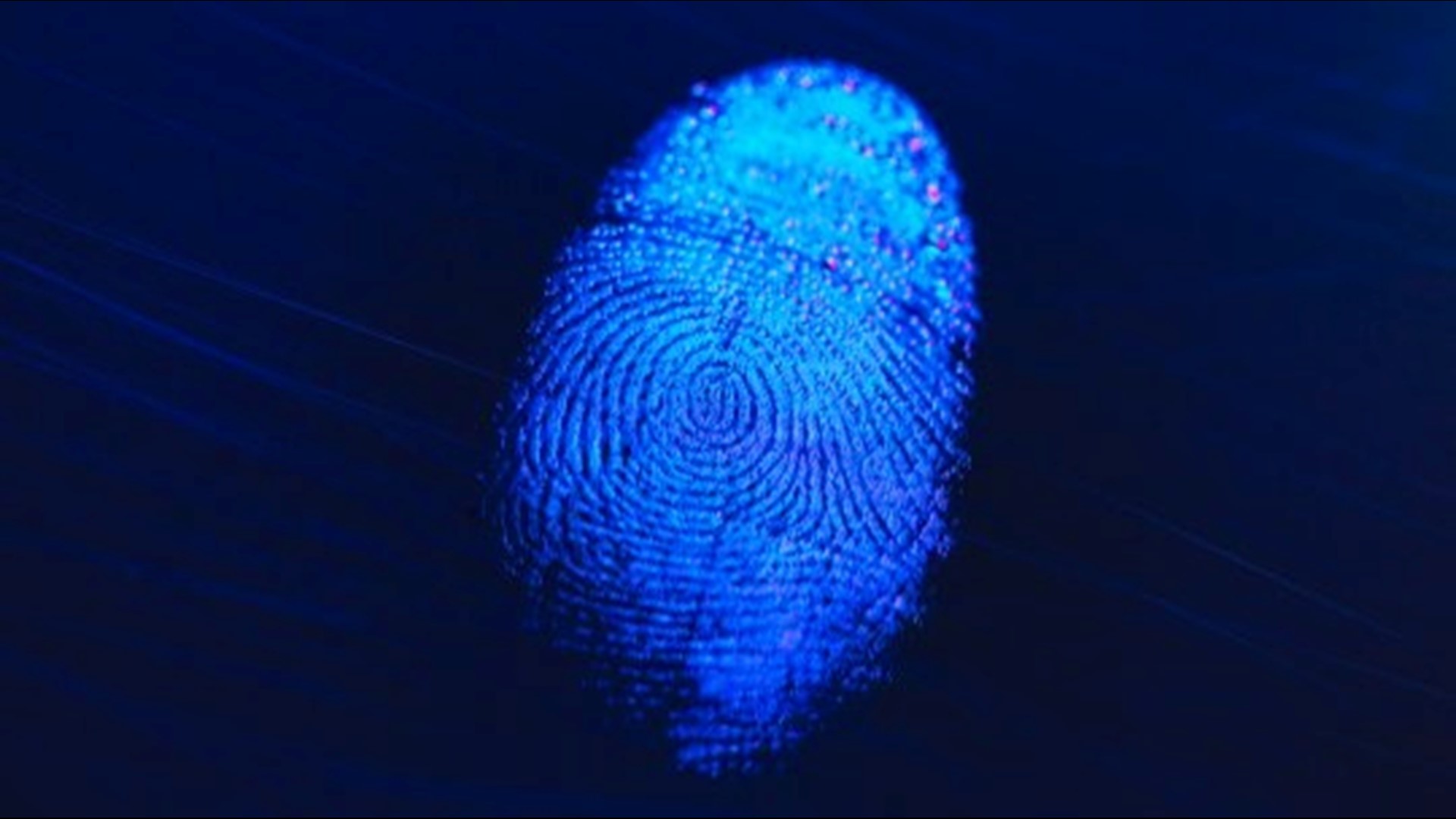 A Long Forensic Mystery Solved? Dating Fingerprints May No Longer Be a Problem