Spaceflight Inc. will use its Sherpa Orbital Transfer Vehicles aboard the SpaceX Transporter-2 mission to deploy 36 small satellites into orbit this summer. 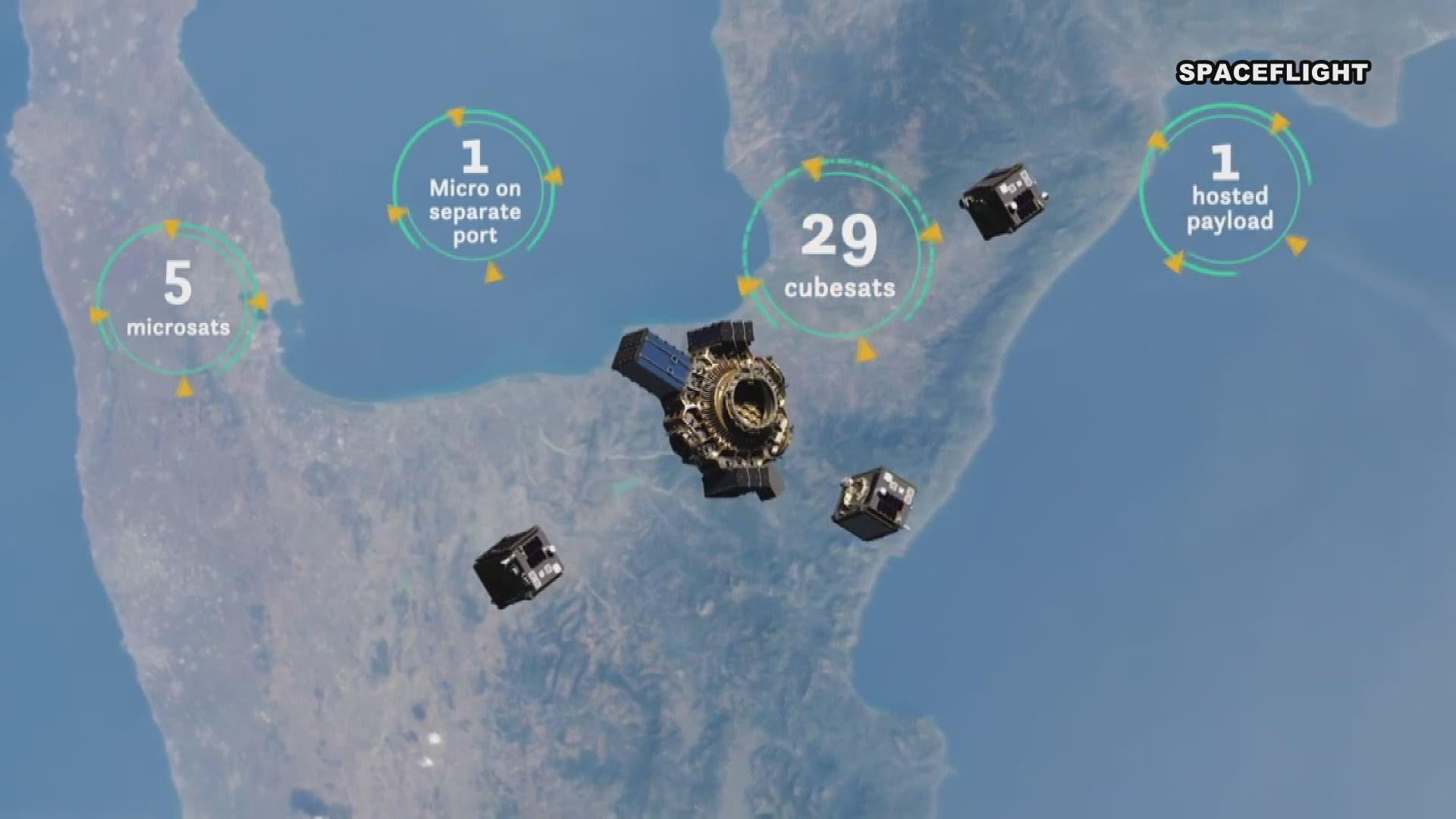 AUBURN, Wash. — Spaceflight Inc.’s Auburn Integration Center is preparing its Sherpa Orbital Transfer Vehicles to launch 36 small satellites into orbit aboard the SpaceX Transporter-2 mission, which is scheduled to launch no earlier than June 2021.

The launch will include spacecraft from seven different countries.

The Orbital Transfer Vehicles, or OTVs, function like a rideshare or taxi cab and will deploy from SpaceX's Falcon 9 rocket.

Where the early days of space travel saw one giant satellite heaved into orbit aboard a single massive rocket, the size of the satellites is now much smaller, some are even tiny. The Sherpa ring holding individual boxes containing the satellites will put them into the correct orbit when ready.

With 55 employees, Spaceflight Inc. is part of a growing space industry in Kent Valley and Washington state. It's an industry started back in the 1960s that included Boeing, which did much of the work for the Apollo moon missions in Kent.

Boeing has scaled back, but now Jeff Bezos' Blue Origin has entered the playing field and is expanding, as well as Spaceflight.

"We have about half of all the state’s space employment," said city of Kent Chief Economic Development Officer Bill Ellis. He said the last study the city has on space employment places 5,500 jobs just within Kent city limits, out of more than 11,000 direct space jobs in Washington state.

Further north in Redmond, Aerojet Rocketdyne started as a pioneer in the early 1960s and builds engines for many NASA and commercial space missions.

The city of Kent is planning to build a playground for kids starting in early 2022, and who knows what that could inspire.

Credit: City of Kent
A rendering of the future space park in the City of Kent, Washington.

The following is a list and quick notes from Space-related companies from the Washington Department of Commerce.

Aerojet Rocketdyne: Over the last 50 years the company has produced more than 19,000 thrusters in Washington, and boasts a 100% success rate. Their Redmond facility manufactures 200 to 500 thrusters a year, from tiny rockets to keep satellites properly positioned to ones rated at 600 pounds of thrust or more.

Janicki Industries: Manufactures production tooling and fly-away parts for spacecraft, including the Lower Pressure Dome of the Boeing Starliner.

Spaceflight Inc.: Provides launch services, mission management, and connectivity for small satellite missions or constellations ranging from 1 kg up to 300 kg in payload. The company is also building a new manufacturing facility near Seattle to produce satellites.

SpaceX: Engineering and production of the company’s constellation of Starlink broadband satellites.