The Woodland Park Zoo is asking for the public's help tracking carnivores around Puget Sound. 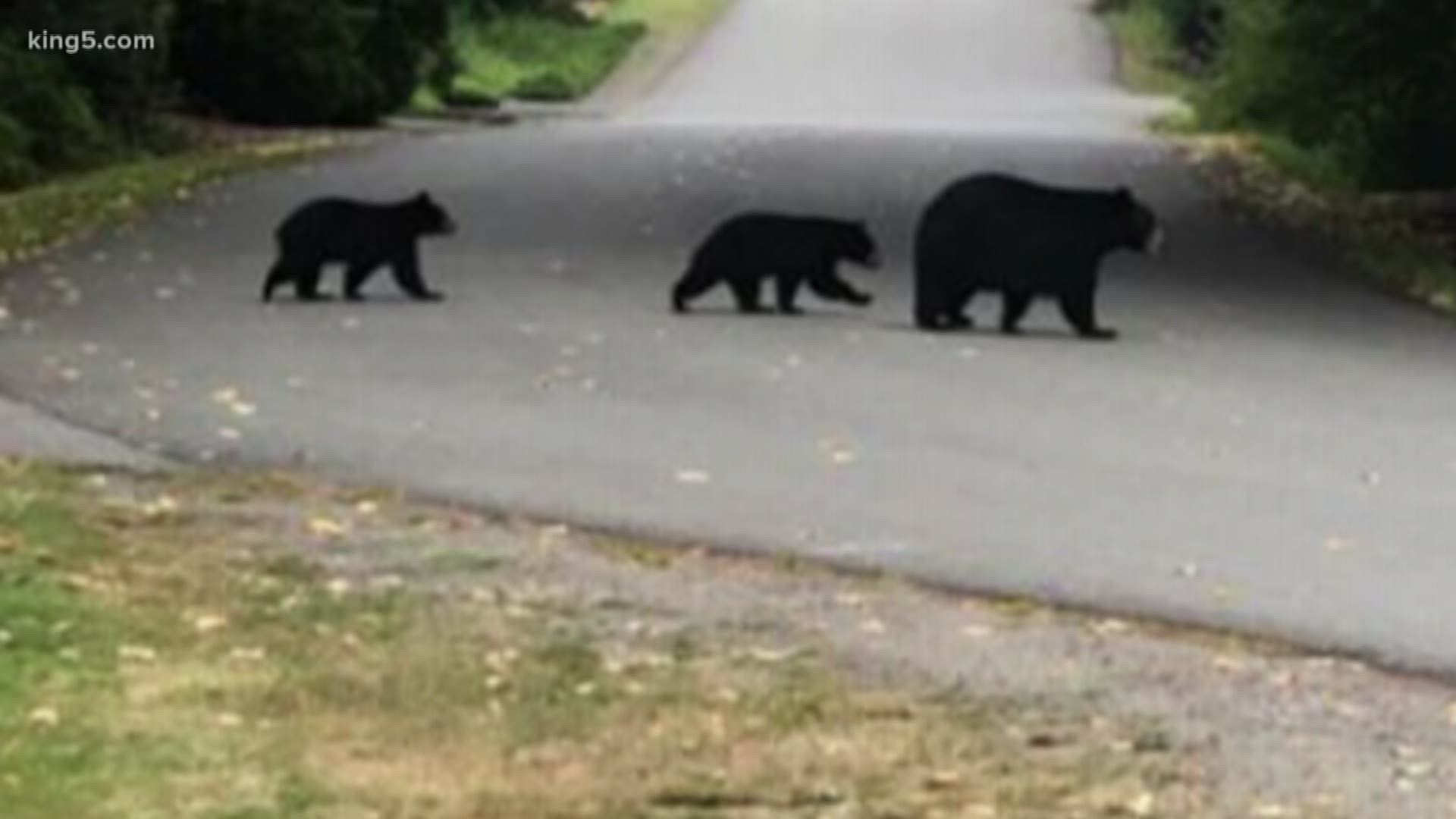 SEATTLE — In less than two weeks, the Woodland Park Zoo has received 700 reports of carnivores roaming around the Puget Sound region. The zoo is asking the public to submit sightings for research.

Robert Long, senior conservation scientist, is pleasantly surprised at the amount of photos in the Carnivore Spotter program database. They have a black bear knocking over a garbage can and a bobcat sitting on a shed roof.

"Each of these dots is a wildlife sighting of a carnivore. So the yellow dots are coyotes. The pink dots are raccoons. Black dots are bears," Long explained. "When you zoom in and you are interested in one of these dots, you open it up and you can see some of the pictures. We have gotten some really great pictures."

People submit sightings along with pictures and video or any other information they have. The program is set up for mobile devices so people can participate wherever they are, right from a cell phone.

"Some patterns are even starting to jump out. We are seeing coyotes being reported pretty much everywhere," Long pointed out. "Green dots are bobcats and you can see they're pretty much the closest to Seattle is right here."

The program compliments the zoo's partnership with Seattle University for the Seattle Urban Carnivores project. Dozens of cameras are now also submitting pictures to track carnivores in the Seattle area, from backyards to greenspaces like Ravenna Park.

"It allows us to collect important data so that we can try to help people better co-exist," Long said.

The pictures show just how closely carnivores and humans are using the same spaces.

"I hope people continue to be excited and that we are able to engage with many neighborhoods directly so that they can start to spread the word about carnivores being something they can coexist with instead of something to fear," Long said.