Secretly placed wildlife cameras are being set out around Seattle and the Cascade foothills to help track how carnivores and humans are sharing spaces in urban and suburban environments. 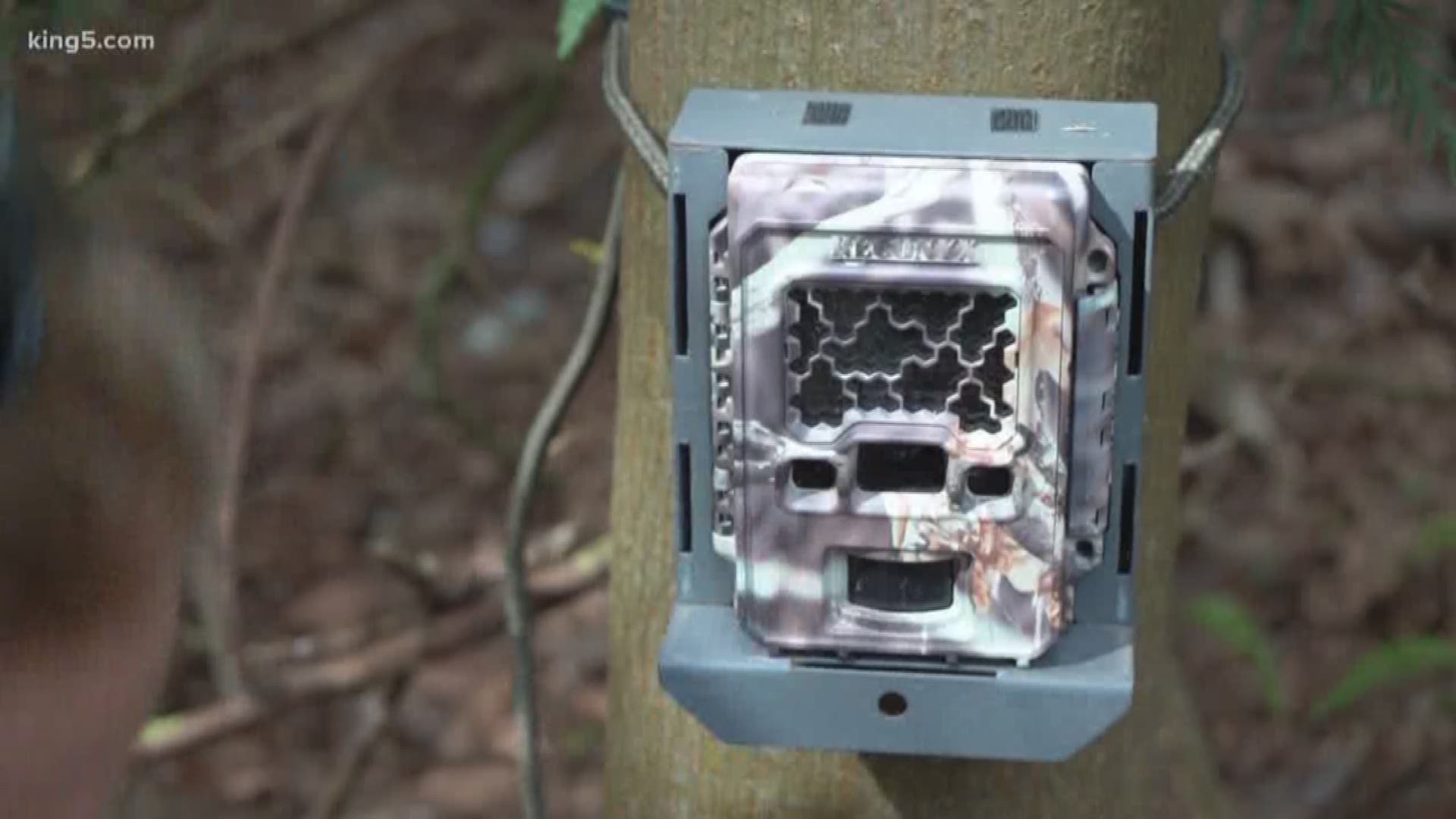 SEATTLE — Finding a subtle place to hide a camera is not so easy in Seattle's Ravenna Park but Robert Long and Katie Remine are trying to track and student how animals and humans interact in urban and suburban environments.

Long, a Woodland Park Zoo Conservation Scientist, and his colleague, Remine, are pairing up with Seattle University biologist Mark Jordan for a study to track carnivores and humans interact around Seattle and the Cascade foothills.

"We are using a little fatty acid tablet that is standardized sent to the lure basically. It smells a little like cheese gone bad. It's just designed to make sure animals that are traveling in the area already come over and visit the camera site. It doesn't attract animals from large distances," Long explained.

There are about 30 cameras monitoring spots around Seattle as far east as the Cascade foothills in North Bend.

"We have a half dozen or so sites in south Seattle and along the Duwamish in West Seattle where my students will be in charge of going out and checking the cameras and collecting the data," Jordan said.

The students will also manage the data once the photos come in.

Along with what lives here, they also want to know how and when wildlife are using these areas to reduce conflict with humans and create better co-habitation.

"The way to do that is to learn more about them so we can do things like design parks that better incorporate wildlife and humans, plan trail systems, come up with suggested sizes of habitat corridors and patches, things like that," Long said.

The protocol they are using is also part of a national network of about 15 cities around the country so the data can be used to look for patterns.

They're also launching a website so neighbors can submit sightings and photos of carnivores in their area.