Communities in western Washington are clearing vegetation to prevent wildfires, under the guidance of the national Firewise program 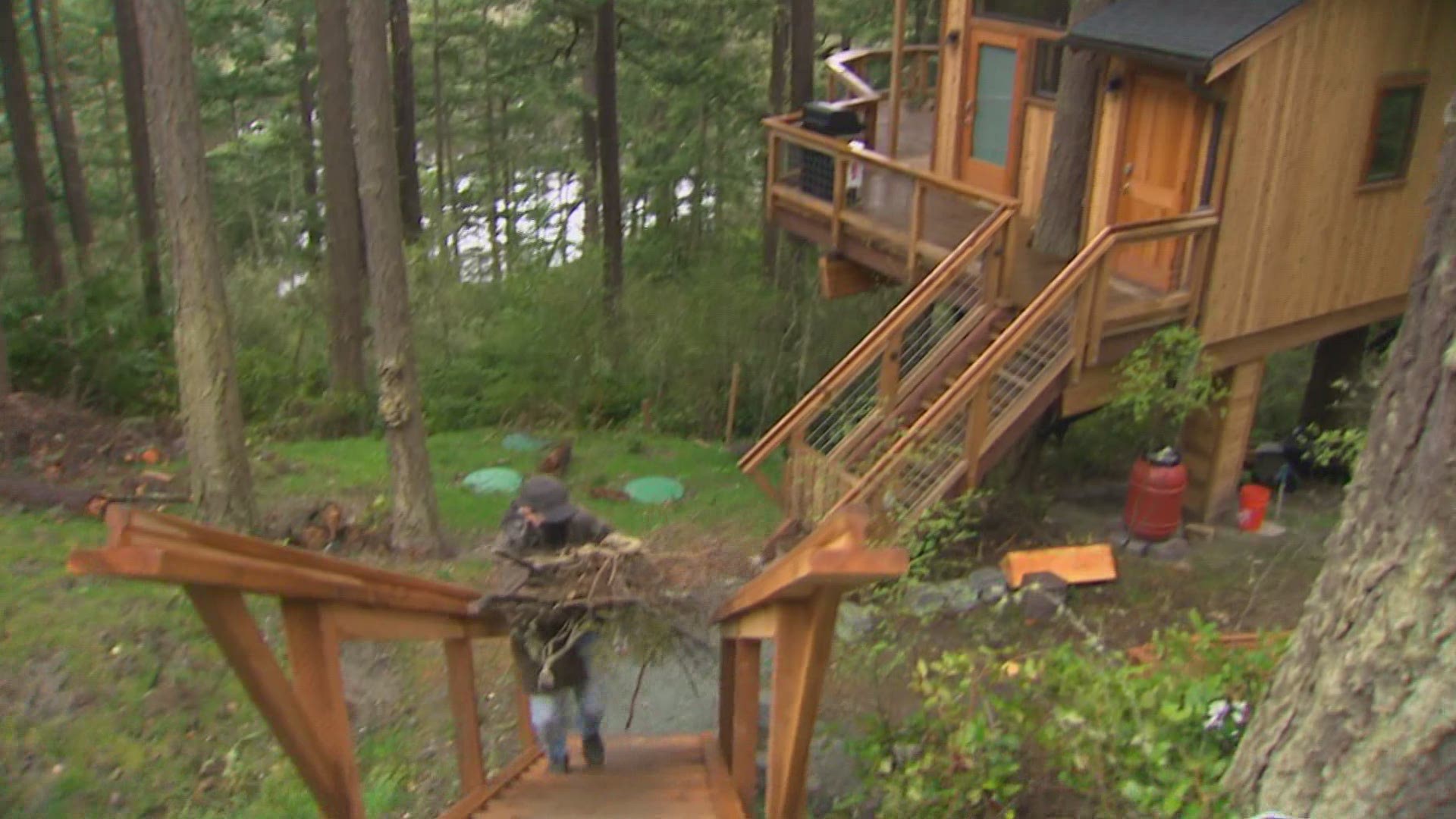 COUPEVILLE, Wash. — Last year, Labor Day weekend was a wake-up call. Fires raged on both sides of the state including fires near Deception Pass leading to the north end of Whidbey Island and were put out with the help of helicopters said the Washington Department of Natural Resources.

Washingtonians can no longer assume that the wetter west side of the state is immune from wildfire, and that bad fires are only a problem for the typically drier part of the state east of the Cascade Mountains.

This week, Whidbey Island residents joined the Department of Natural Resources and other agencies and organizations to clear out brush and low-hanging branches known as ladder fuels.

Ladder fuels can easily transport fire that initially moves through flammable debris on the forest floor, up into the crown of the trees often with catastrophic results. It’s the second year they’ve tackled flammable thickets that could give a fire a foothold in the community.

It was part of Firewise, a national program sponsored by the National Fire Protection Association, which provides guidance and grants for communities to make their neighborhoods resistant to wildfires.

That involves more than just fuel reduction. It starts out by helping communities assess their vulnerabilities, as well as their strengths while living in wildfire vulnerable areas. It also prescribes how far away flammable materials should be from a home, what can be done to a home to prevent embers from entering a building and more.

The Firewise program in Washington is coordinated by the state’s largest fire department, the Department of Natural Resources. Spreading the Firewise message on the island is Kelsi Mottet, the Natural Resource Planner for the Whidbey Island Conservation District.

“The nice thing about Firewise, and wildfire preparedness in general, is looking to reduce the continuity of fuels in vegetation,” Mottet said. She said Whidbey Island has multiple Firewise communities, with more showing interest.

The heavily wooded Pondilla Estates community shares a common boundary with the Fort Ebey state park, and in the last dozen years, beach fires and grass fires on this part of the Island’s west side have raised concerns.

Firewise Committee Leader Teri Jo Summer-Reiger is a native of Sonoma County in California. She remembers being evacuated in the fourth grade as the glow of an advancing wildfire moved in her family’s direction.

“There’s been a learning curve in the neighborhood here because at one point, people were like, 'What are you so worried about?'" Summer-Reiger said. "But it gradually catches on."