An expert says a ban on whale watching intended to help Southern Resident orcas might hurt the whales. The ban was passed as a recommendation by the Governor's Southern Resident Killer Whale Task Force, which was formed to save the whales from extinction. 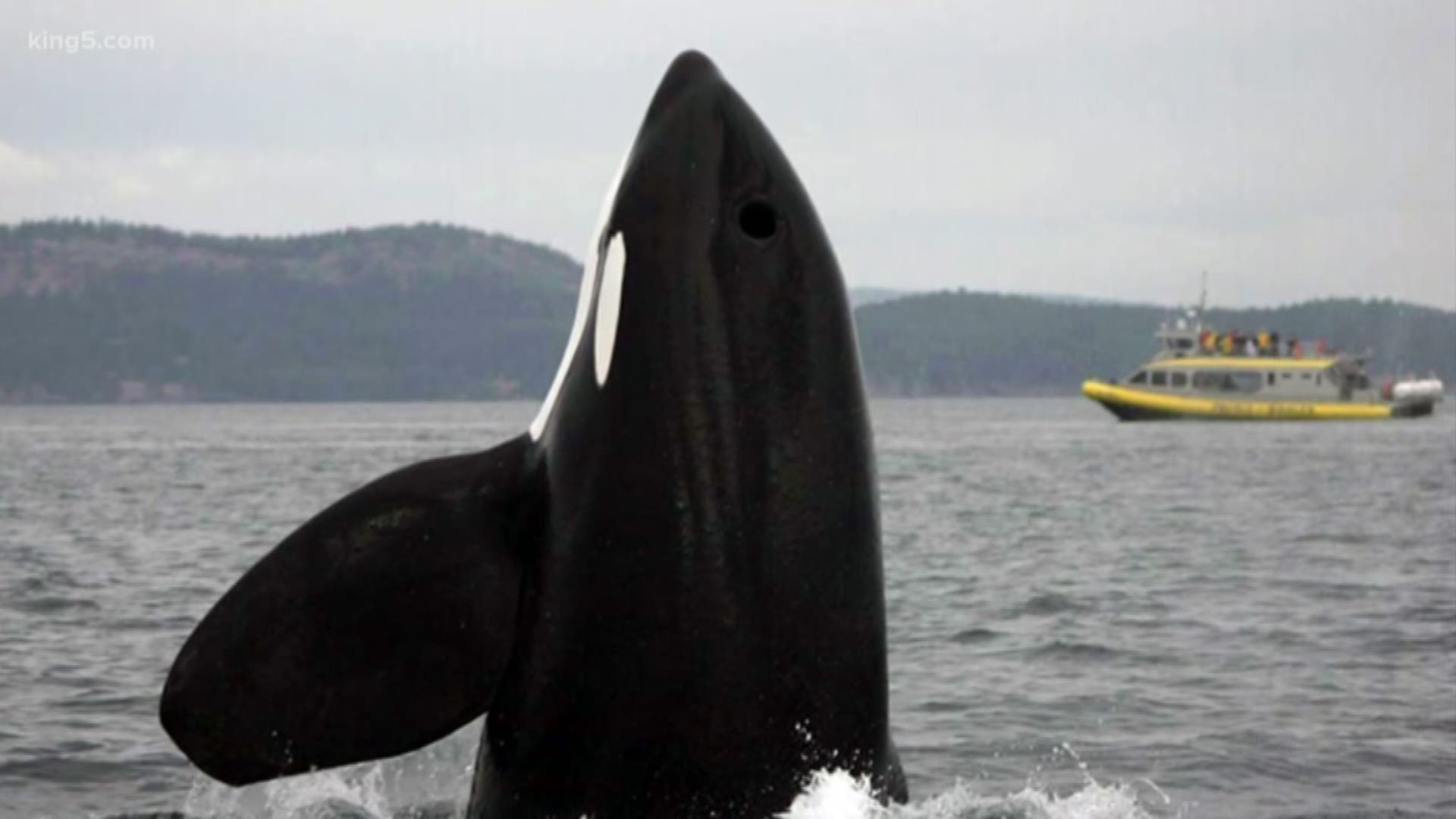 One of the foremost experts on boat noise and whale behavior says a proposed ban on Southern Resident killer whale watching may actually hurt the orcas.

The ban was passed as a recommendation by Governor Inslee's Southern Resident Killer Whale Task Force, which was formed to save the whales from extinction. There are only 74 Southern Resident orcas left in the wild.

"I think going straight into a moratorium now, it's going to be bad for the whales overall," said Orca Conservancy Chief Scientist David Bain.

Decades ago, Bain was no friend of whale watching boats. They saw him and his research as a scourge for their business. Bain and his colleagues found that whale watching boats, along with other vessels, stressed the Southern Resident orcas. The noise caused the whales to behave in a way that used precious extra energy stores and also caused them to stop eating.

It was Bain's findings that helped whale watching boats change the way they operate, now called the Be Whalewise Guidelines. Today, he sees the ships as a helpful tool to protect the orcas.

"On the water, the whale watch operators play a role in managing the behavior of other vessels. So, some people consider it a disadvantage that you can look out and see the whale watching boat and know where the whales are. But we are asking vessel operators to slow down when they are a half-mile away from the whales now. That means the sport fisherman who is running from port to his favorite fishing hole; he's going to be going fast and not realize the whales are there. But if he sees the whale watch boats, he'll know he needs to slow down," Bain explained.

Recently, Bain spoke out against a proposed 3-5 year ban on whale watching of the Southern Residents, telling task force members it could cause more harm than good. Few listened, and the recommended ban was passed.

Bain found that a typical commercial ship might have a source level of 185 decibels, a recreational boat might be at 165 decibels, but whale watching boats going the same speed as the whales emit sound at 145 decibels or even 120 decibels. Because they're required to be at least 200 yards away from the orcas, Bain says they've got at least 50 decibels of attenuation before the sound gets to the whales. So it's quieter than what it would be on a windy day. According to Bain, faster boats further away are going to be louder.

"The moratorium is probably unnecessary at this point, and it may actually be disadvantageous because whale watch operators do things to mitigate their impact as well, and if we lose that, there could be net harm to the whales as a result of the moratorium," said Bain.

Bain also questions the process the task force used to pass a recommended ban as a last-minute idea with minimal discussion.

"The task force members got a packet that had details about all of the things that they were going to be voting on. They had time to review it and understand the issue. This idea did not go through that process. It's something somebody brought up in a discussion, and then 15 minutes later they are voting on it," Bain said. "Nobody took the time to ask what the science was and why the vessel working group did not support it in the first place."

For Bain, there's still hope for recovery, but the whales need a much more aggressive effort to restore salmon. He is a proponent of figuring out solutions for those who rely on the Snake River dams so that they can eventually be breached. He also thinks the solutions need to be much more acutely focused.