The 250-300 gallon gasoline storage tank at the golf course was allegedly vandalized causing a spill that reached the Longfellow Creek, officials say 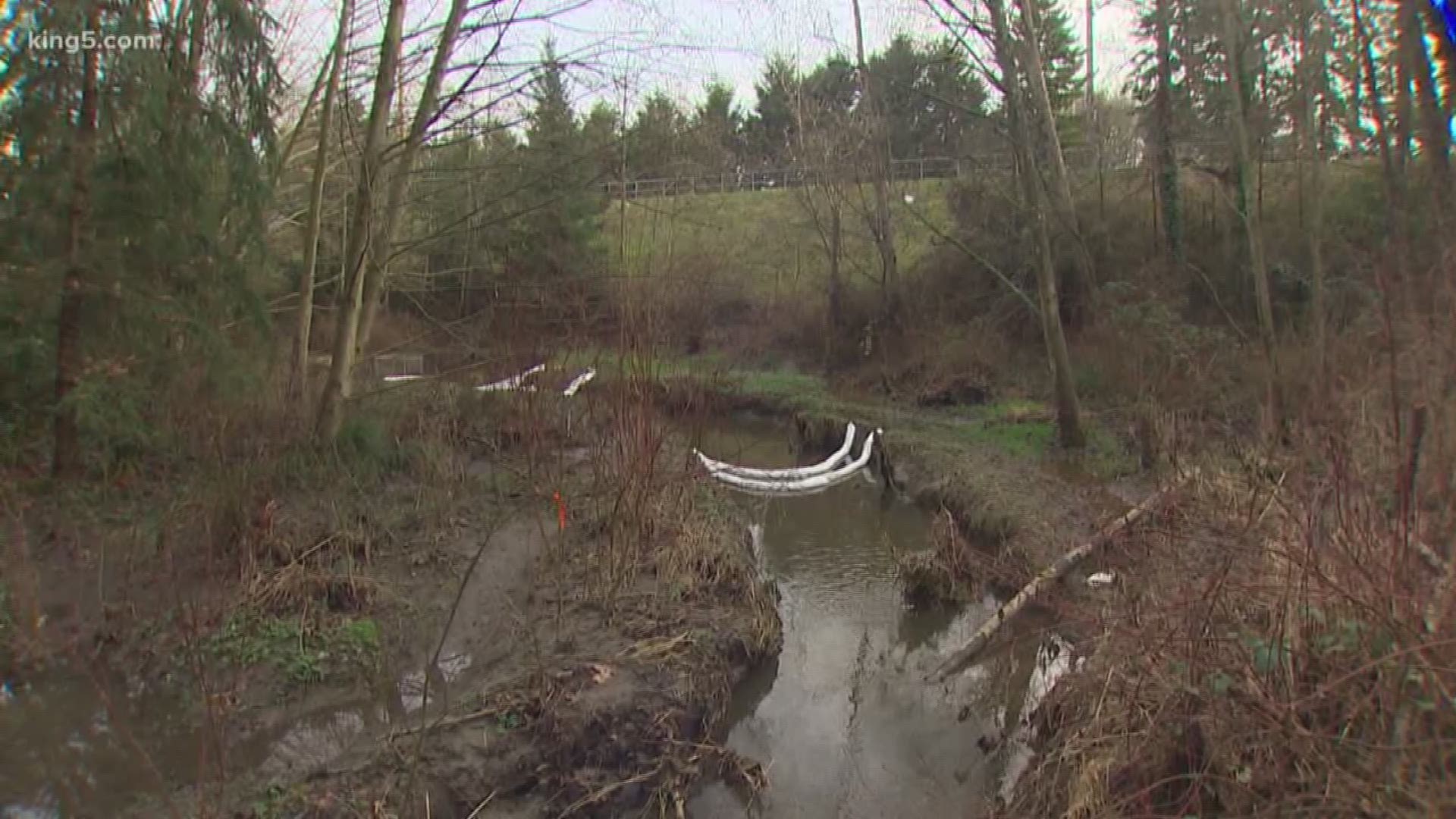 SEATTLE — An investigation is underway after what appears to be an attempt to steal gasoline led to a fuel spill at the West Seattle Golf Course.

Some of the fuel leaked from the storage tank into a storm drain and reached the Longfellow Creek near the golf course, according to SPU.

Officials found about 70 gallons of gas in various containers nearby, but they still don't know exactly how much was taken.

SPU's Spill Response Team along with the Washington Department of Ecology responded and set up a containment boom.

The Department of Ecology said they did recover a number of dead fish from the area.

Credit: KING 5
A containment boom is set up around a small fuel spill in at the West Seattle Golf Course, Jan. 18, 2020.