Wildlife advocates say it was only a matter of time, and despite what state officials are saying, his resignation was essentially forced. 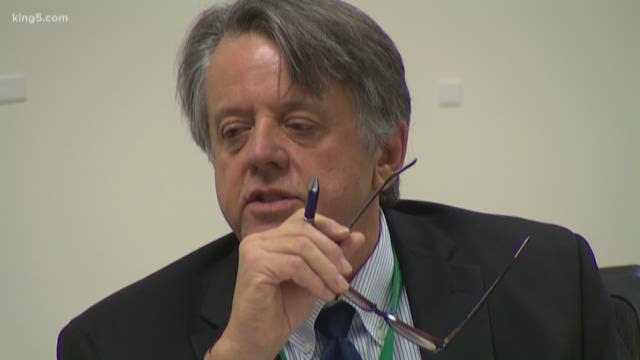 Wildlife activists across the state are learning the Washington Department of Fish and Wildlife Director Jim Unsworth is resigning his position of three years. Many are not surprised.

"I asked him to step down. Washington state deserves to be taken care of on a high level. The engagement wasn't there to make sure our fisheries were done in the correct manner," said Puget Sound Anglers President Ron Garner.

Garner's group touts itself as the largest sport fishing group in the state. It's also one of the most influential. His demand followed fury over a recently released salmon management plan that could severely limit fishing for the next 10 years. The state made the deal in secret with tribal co-managers, saying they need to protect endangered fish. Garner believes the plan would've decimated Washington's sport fishing economy and all the businesses that depend on it.

WDFW's press release about the resignation congratulated Unsworth with initiating a multi-year plan to strengthen the department's relationships with communities, increase support for conservation and outdoor recreation, and help ensure WDFW programs and services meet the public's needs. Those discussions helped launch several efforts to improve the department's customer service and responsiveness, WDFW says, including the simplification of fishing rules, the development of a more user-friendly website, and creation of a fishing regulation application for smartphones and other mobile devices.

"We need to fix the agency, so we keep good people working there. We've lost some tremendous people that just get fed up and leave," said wildlife advocate Dan Boeholt. "There's a lot of really good field staff out there that's hinging on what happens. They're going to do their jobs and don't feel like they're being heard."

Boeholt is thrilled at Unsworth's resignation, especially after the state euthanized three baby deer and an elk calf at a wildlife rehab in Rochester late last year. He is calling for a serious review of WDFW beyond its top leader.

"We stepped up the pressure. I created several Facebook events to get people to call the commissioners, email them, call the governor's office, email them, call your state legislators, just ramp up the pressure, so there's some accountability. If the director's the one who has to take the first fall, that's where you start," he said. "We're thrilled. This is what we've been working on. We need to start at the top and work our way down to get the department working for the people and the wildlife."

WDFW reports that Unsworth is just leaving to pursue other personal and professional goals, but Garner and others report the resignation was forced. Insiders have criticized Unsworth for being too absent and ineffective, creating a leadership vacancy even while he still had his job.

"He's a nice guy. He'd be your best fishing buddy. We were good friends, and this was a tough thing to have to do, but it had to be done for Washington state," Garner said. "The next person has to have a very strong backbone."

KING 5 contacted Unsworth, but he did not immediately return a call for comment. His resignation is effective February 7.