Washington tribal leaders say a proposed pipeline expansion would not only affect people, but plants, animals, water, and the air. The expansion would increase tanker traffic in the Salish Sea from about 60 vessels a year to more than 400. 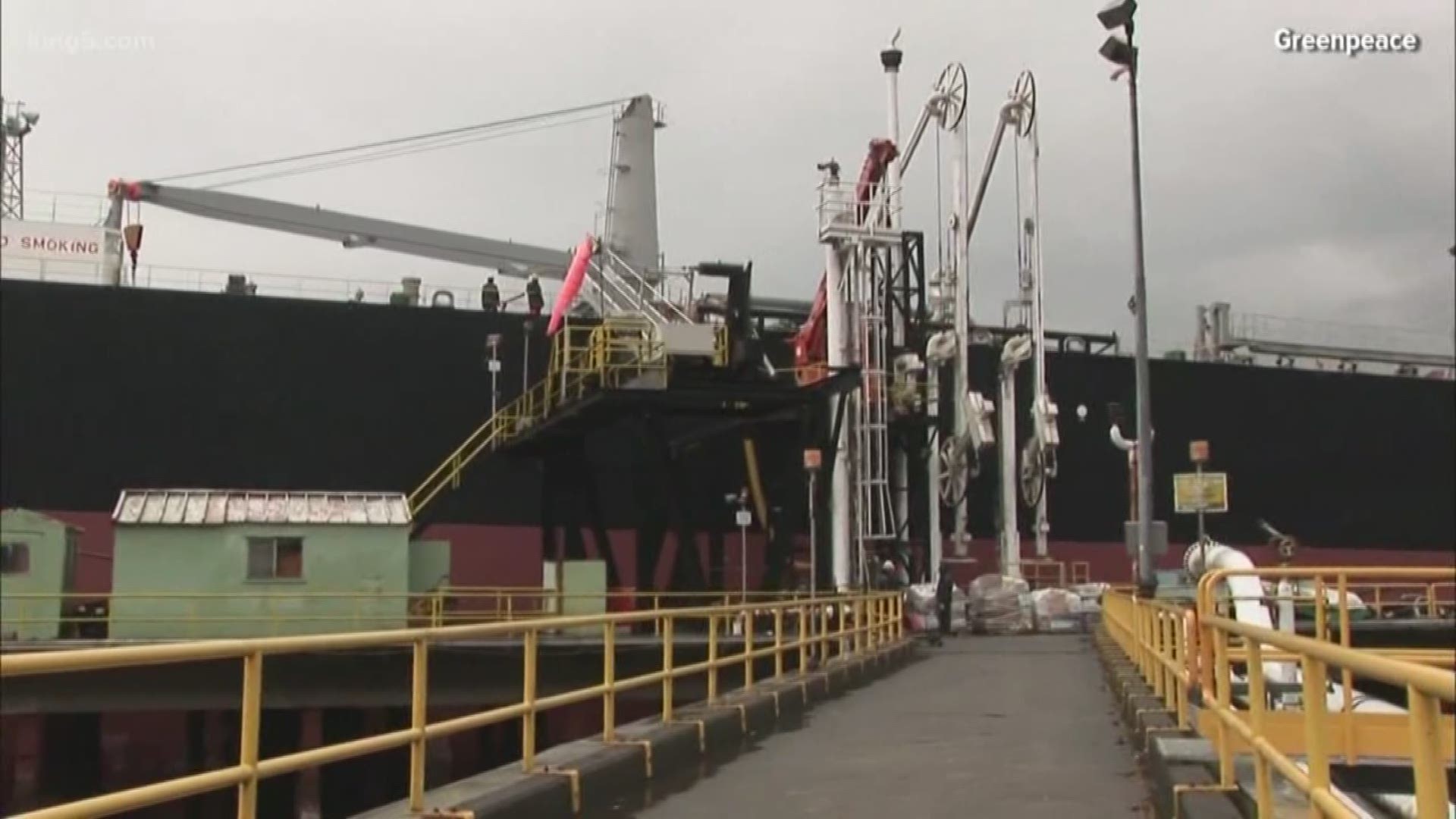 The contentious Trans Mountain project would nearly triple the flow of oil from the Alberta oil sands to the Pacific Coast, and increase tanker traffic from about 60 to more than 400 vessels annually through the Salish Sea — the inland waters of Canada and U.S. that are also critical feeding grounds for the endangered orcas.

Leaders from four Native American tribes in Puget Sound, Washington, traveled to Victoria, British Columbia, to testify before Canada's National Energy Board as the panel reconsiders the impact of marine shipping from the pipeline project, as ordered by a Canadian court.

Canada's government last summer bought the project from Houston-based Kinder Morgan, saying it is in Canada's national interest and key to diversifying oil exports beyond the U.S.

In August, Canada's Court of Appeals halted the project, saying the government failed to adequately consult with indigenous peoples. The court ordered the energy board to reconsider the project's impacts from marine shipping.

Bill James, hereditary chief of the Lummi Nation near Bellingham, said the mother orca that pushed her dead calf in waters for days over the summer was giving everyone a sign.

"The blackfish are dying around us," he told them, according to an audio livestream of the hearing. "The pipeline is going to affect each and every one of us."

He reminded the board their decisions will not just affect people but plants, trees, animals, birds, water and air.

Jeremy Wilbur, a senator with the Swinomish Indian Tribal Community near Anacortes, Washington, said he and his family have fished the Salish Sea for several generations. He said increased marine shipping will make it harder for them to fish and make a living, and also threatens orcas, salmon and other species. 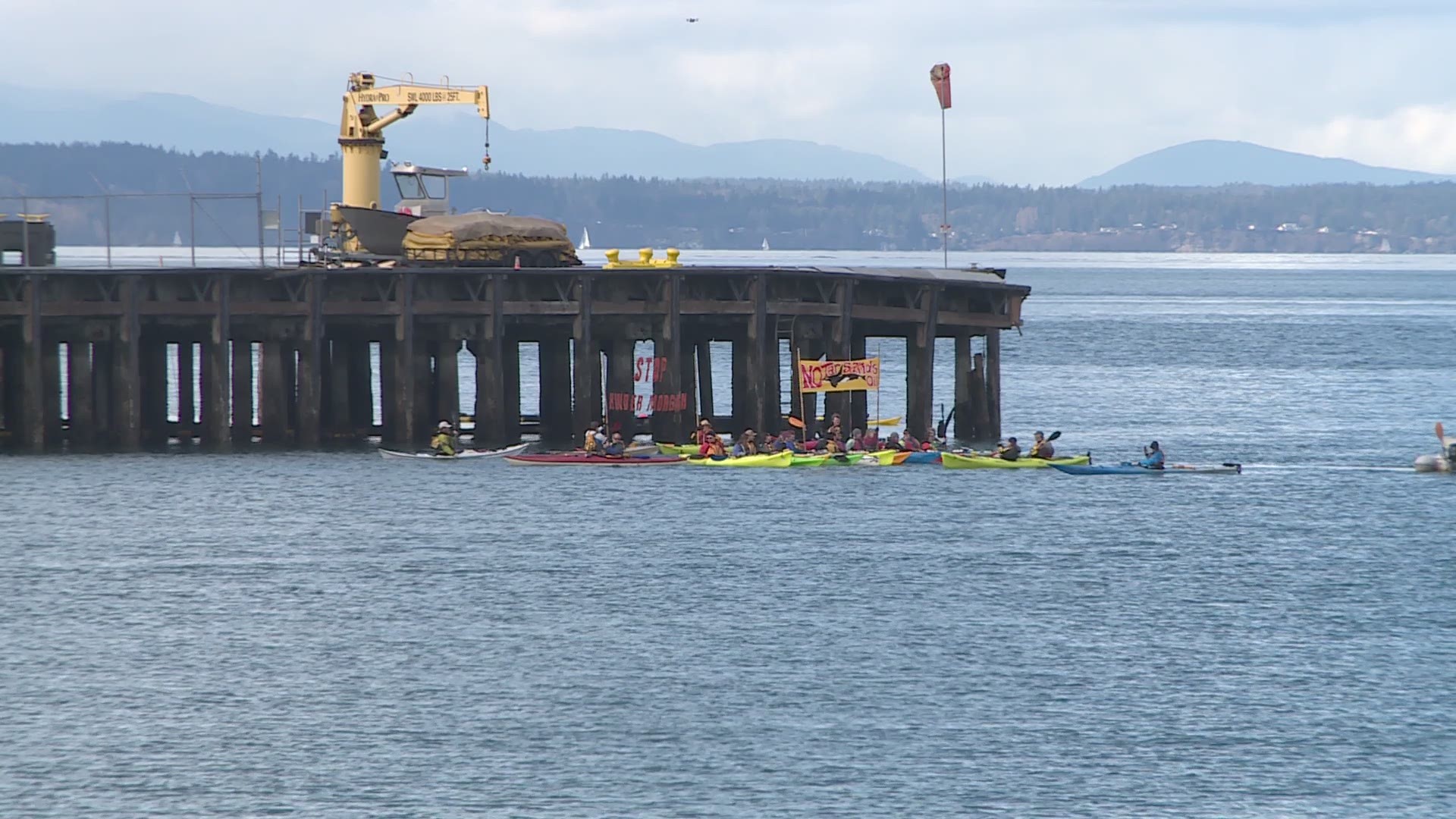 "Permitting the Trans Mountain pipeline will imperil our waters by introducing more oil onto our Salish Sea," Leonard Forsman, chairman of the Suquamish Tribe, said before Wednesday's hearing. "We've come up here to join our neighboring First Nations to try to stop the project."

Officials with state Department of Ecology also told the energy board in a letter last month that it must consider impacts to southern resident killer whales and the treaty-protected fishing rights of Washington tribes.

An energy board spokesman said Wednesday that the board will consider the environmental effects of the pipeline expansion, even if they occur outside of Canada.

"Although only Project-related marine shipping within Canada's territorial sea is to be considered as part of the 'designated project,' environmental effects from that shipping occurring outside of the territorial sea can still be considered by the Board, including certain trans-boundary effects," James Stevenson, communications officer with the board, said in an email.

Editor’s note: The video above was originally published in November 2016.