Washington is the first state to sue Monsanto, an announcement made in a joint press conference with Attorney General Bob Ferguson and Governor Jay Inslee. 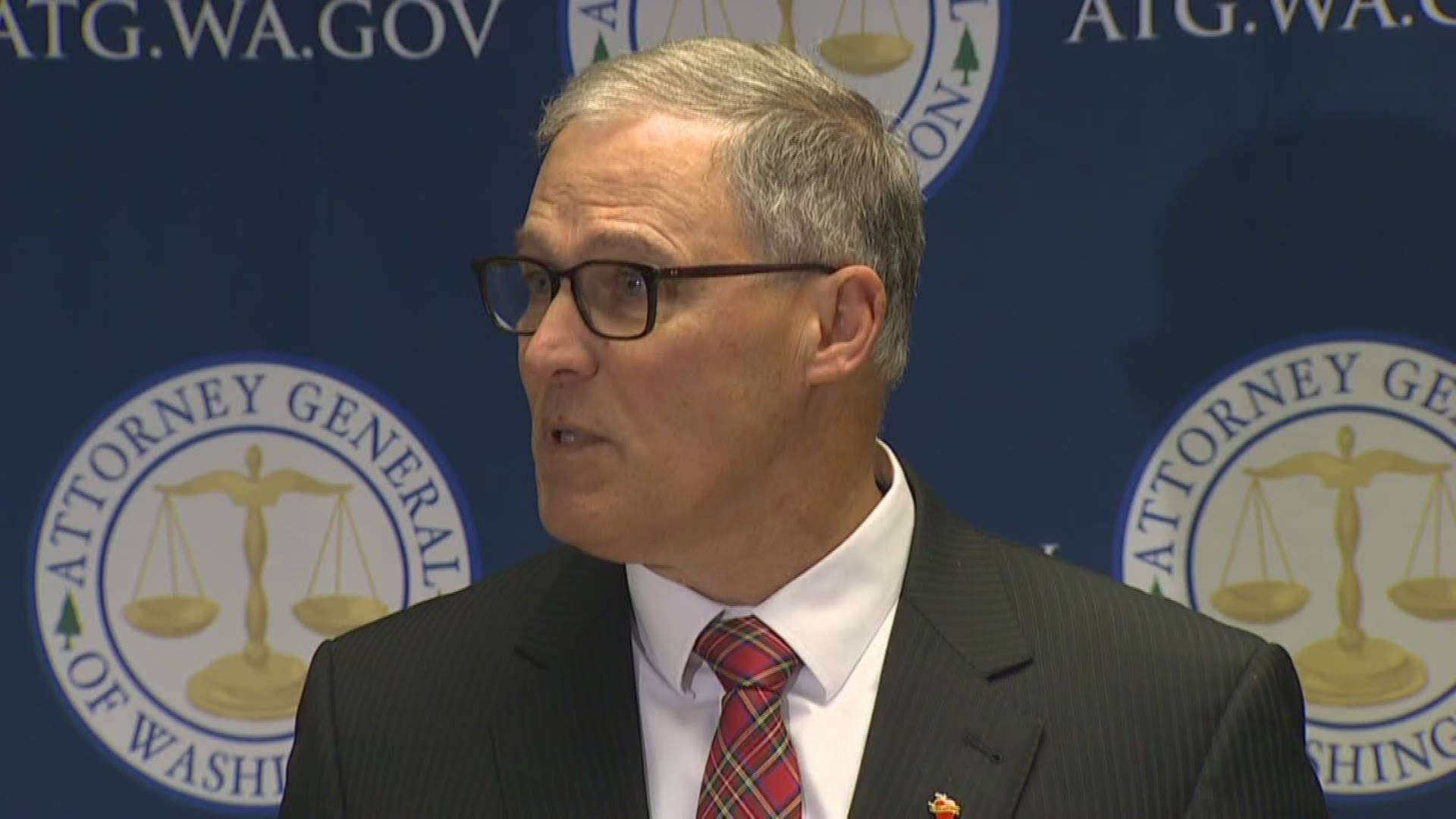 Washington is the first state to sue Monsanto Co., claiming the agrochemical giant knowingly marketed and sold PCBs, despite company awareness that the chemicals were toxic and carcinogenic.

The lawsuit was announced in a joint press conference with Attorney General Bob Ferguson and Governor Jay Inslee.

PCBs were used for decades to insulate and cool electrical equipment. Monsanto was the only producer.

According to the lawsuit, the chemical is responsible for massive contamination across the state. Ferguson said his own family's homestead sits next to the Skagit River, one of many contaminated by PCBs. Ferguson told reporters that "makes me mad."

"Monsanto needs to be held accountable for what they've done to our state, and I'm determined to make sure we accomplish that goal," he said.

The state is seeking hundreds of millions of dollars in damages from Monsanto in order to pay for past and future clean-ups, as well as to prevent further contamination.

"For too long the company escaped responsibility for the costs, the enormous costs of the clean-up of this material,” Inslee said. “They've left the state and counties and cities and private entities to foot the bill.”

Monsanto released this statement in response:

“This case is highly experimental because it seeks to target a product manufacturer for selling a lawful and useful chemical four to eight decades ago that was applied by the U.S. government, Washington State, local cities, and industries into many products to make them safer. PCBs have not been produced in the U.S. for four decades, and Washington is now pursuing a case on a contingency fee basis that departs from settled law both in Washington and across the country. Most of the prior cases filed by the same contingency fee lawyers have been dismissed, and Monsanto believes this case similarly lacks merit and will defend itself vigorously.”