The Washington state Senate on Saturday passed legislation to protect orcas and the state's marine waters where they live. 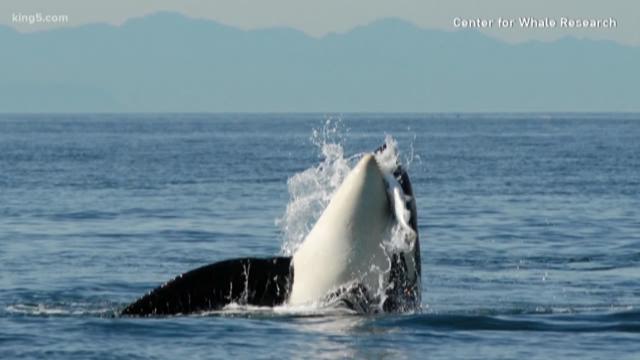 The Washington State Senate has passed legislation to protect orcas and the state's marine waters where they live.

Two bills that make up the Salish Sea Protection package was passed by lawmakers during a Saturday session in Olympia.

The Orca Whale Protection Act (SB 5886) - which was declared dead last week in the Washington State Senate and then revived - passed with a 34-15 vote. It aims to decrease noise pollution and strengthen orca protection laws by requiring boats to give orcas an adequate buffer.

The bill also provides funding for improved education and enforcement by the Washington Department of Fish and Wildlife. It calls for a trans-boundary discussion of orca whale protection and preservation. A $5 increase for an endangered wildlife special license plate helps fund the efforts.

The Salish Sea Protection Act (SB 6269) passed the state Senate 42-7. This legislation will provide additional funding for state oil spill prevention and response activities, updater geographical response plans, and provide funding to research and make recommendations for both tug escorts and a stationed, rescue tug for all vessels carrying large quantities of oil across the Salish Sea.

It also calls for more collaboration and partnership with our Canadian neighbors.

“The Puget Sound resident orca population has dropped to one of its lowest levels ever. We must do everything in our power to protect these incredible whales on the brink of extinction," state Sen. Kevin Ranker, who introduced the bills, said in a released statement. "This bill ensures our children will continue to enjoy the wonder and beauty of watching these magical creatures."

Both bills now head to the House of Representatives for further consideration.