Washington state cutting hundreds of Marysville trees to save salmon

The project is funded through the Washington Department of Transportation's $16 billion investment program. 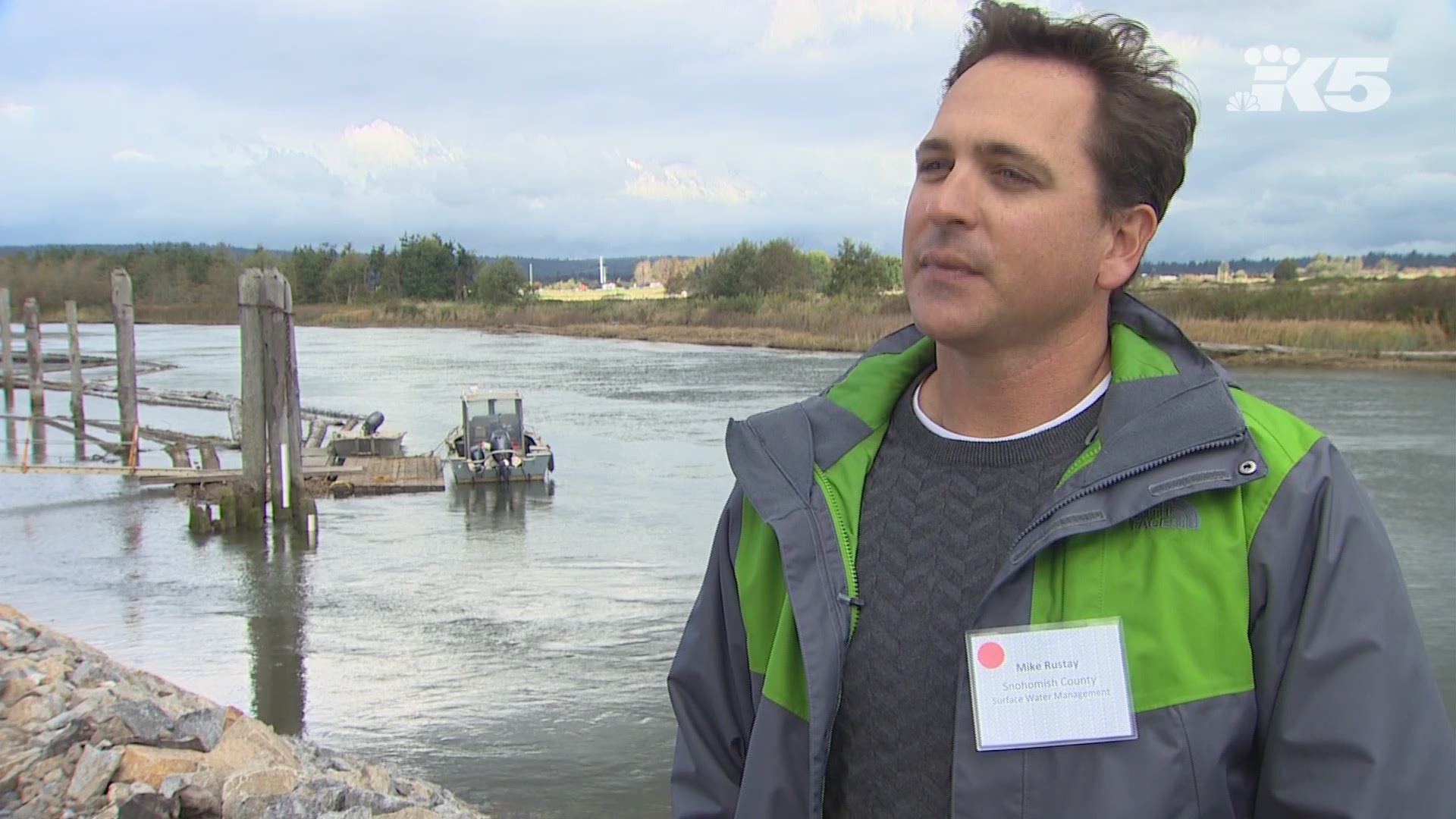 Editor's note: The above video is from a 2018 story on how Everett's estuary.

Washington State intends to cut down more than 100 trees along a Snohomish County highway in an attempt to restore a salmon habitat.

The Everett Herald reported that the state Department of Transportation was scheduled to begin the clearance Monday along Highway 529 in Marysville, about 34 miles north of Seattle.

Officials say the trees are being removed from less than a square mile so the area can function as an estuary.

The project is funded through the transportation department's $16 billion Connecting Washington investment program.

Officials say dikes will be breached to flood the area with tidal waters for fish.

The department will team with others who have worked to rebuild habitats including the Tulalip Tribes and officials in Marysville.

The project is expected to be completed in October.