As the Asian giant hornet trapping season approaches, entomologists in Washington state and British Columbia are collaborating to eradicate the invasive species. 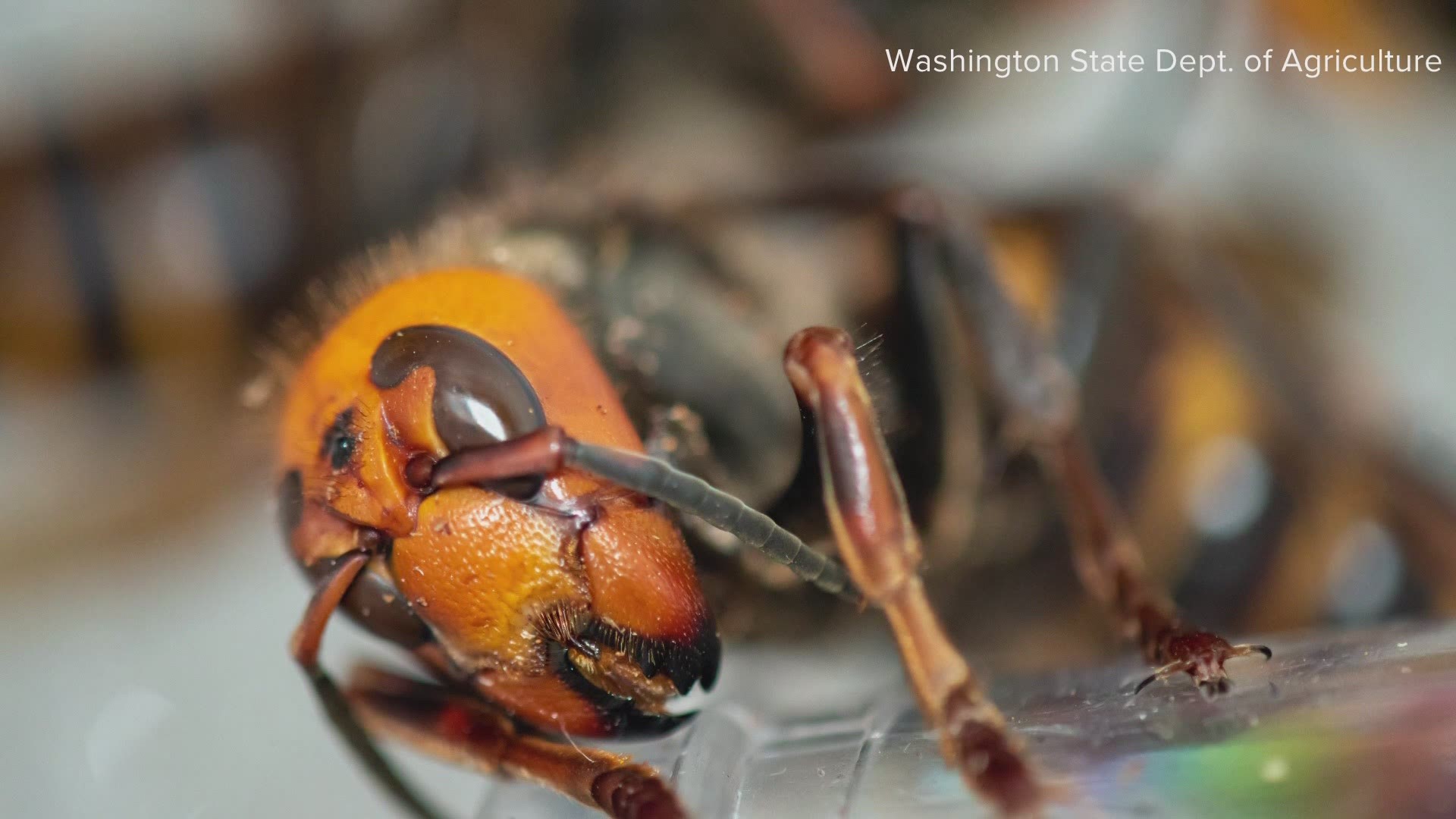 OLYMPIA, Wash. — The Asian giant hornet has become the focus of an international effort this year to eradicate the invasive species in the Pacific Northwest.

The Washington State Department of Agriculture (WSDA) announced Monday that in the coming year, Washington state, British Columbia, and U.S. federal agencies will collaborate on their plans to track, trap and eradicate any Asian giant hornets they find.

"This is not just a British Columbia problem, or a Washington state problem, it’s a collective problem we need to address," said Paul van Westendorp, with the British Columbia Ministry of Agriculture, Food and Fisheries during a media briefing Wednesday.

An Asian giant hornet nest was discovered in a tree in Whatcom County in October 2020 and successfully eradicated, however, entomologists said they believe more nests are out there.

WSDA said Monday this year's eradication plans remain similar to last year's response, including a strong emphasis on public outreach, reporting, and trapping in addition to the agency's trapping. Last year, the WSDA received welcome help from citizen scientists who created their own traps.

The WSDA plans to continue using orange juice and rice cooking wine in their traps this year, while citizens have the option of using either the orange juice or a brown sugar-based bait. The WSDA's trapping will stay focused on areas in Whatcom County where Asian giant hornets were detected in 2019 and 2020.

"To me, having a trap actually protects you, it lets you know that there is something in the area and contains it in such a way that we can do something about it," said Sven Spichiger, WSDA managing entomologist.

In British Columbia, the 2021 Asian giant hornet surveillance program will include traps in areas where there were previous findings as well as continued outreach with B.C. beekeepers, local governments and partner agencies in those areas, said WSDA.

To report an Asian giant hornet sighting, head to the WSDA's website here.