Washington snowpack deeper than normal as winter weather tapers off

This season, some parts of Washington got a winter-and-a-half worth of its usual snow. 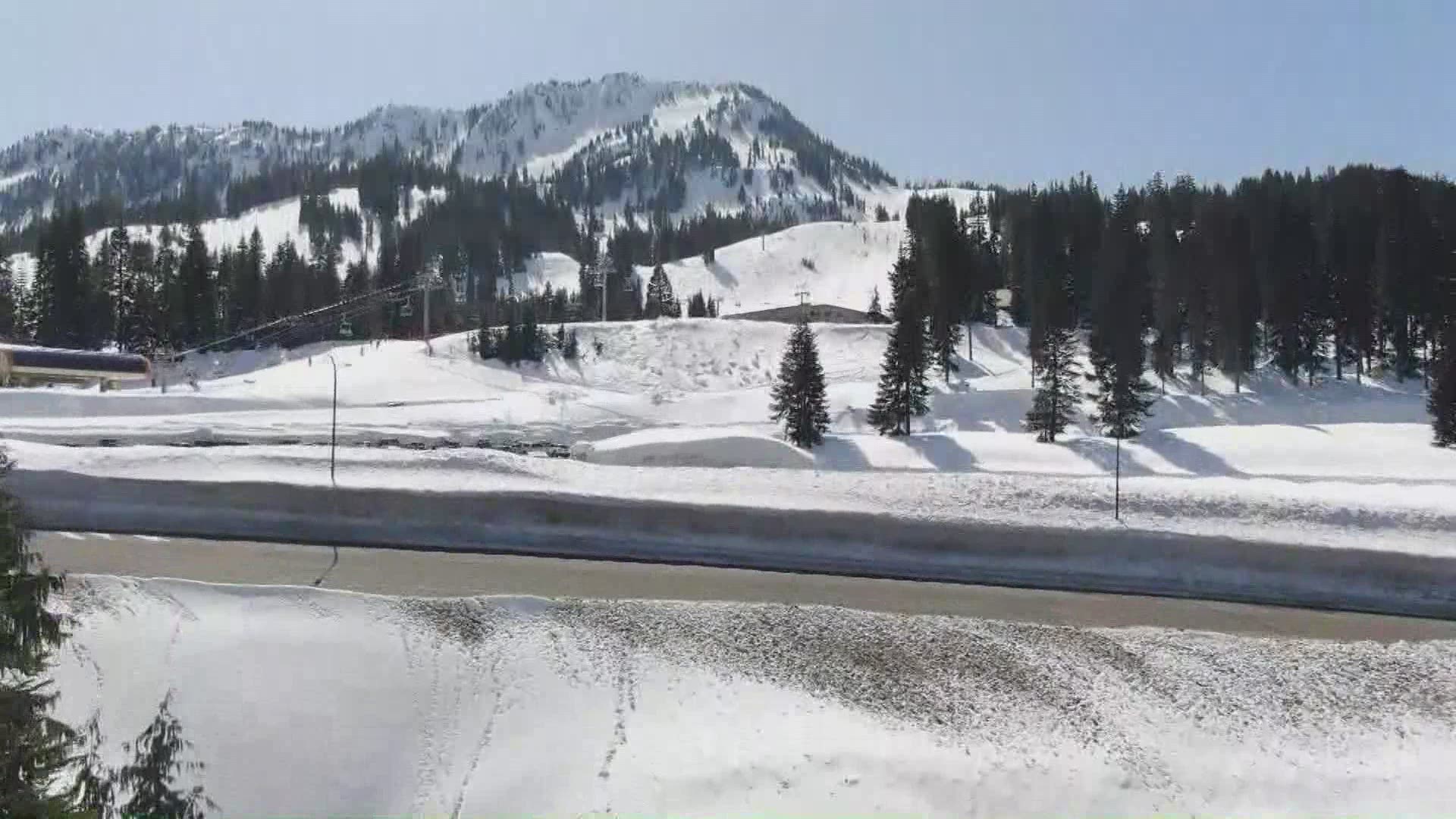 Washington’s snowpack this year could end up being the third-highest since records were kept beginning in 1981. The snowpack is considered at its peak on April 1.

In the Central Puget Sound and Olympic zones, snowpack stands at 157% of normal. That’s like getting a winter-and-a-half worth of snow. In north Puget Sound, 123%. East of Tacoma and south toward the Columbia River, it stands at 141% of normal as measured on March 31.

The only disappointment is the Lower Pend Oreille zone at 94% of normal, which wouldn’t be bad in many years.

At the snow measurement site near the Stevens Pass ski area, Scott Pattee with the Natural Resources Conservation Service, which is part of the U.S. Department of Agriculture, measures 126 inches with a special pipe to cut through feet of snow and come up with a true reading. That works out to 10 and a half feet.

There is a reason why the snowpack is measured around April 1.

“Normally, April one is our average peak accumulation,” Pattee said. “I’m not saying we can’t get more snow,  we most likely will. Especially in higher elevations. But now is when we start peaking off and watch that melt.”

In other words, April 1 is considered the official tipping point, when melt begins to outpace accumulation.

Snowpack is tracked carefully because much of it ends up in lakes and reservoirs. It’s stored for city water supplies and to irrigate crops.

That means watering your lawn is unlikely to be restricted this summer, farmers with junior water rights won’t have to sweat their way to harvest time.

Kayakers and whitewater rafters will see plenty of action on rivers.  And fish will be supported by strong flows of cold water.

But the higher up you go in the mountains, the slower the snow melts, which is like having extra lakes and reservoirs for additional storage as summer wears on.

But sharp spring warm-up or a hotter than normal summer could limit the duration of the snowpack to carry us through to the next wet season, say climate scientists.

RELATED: How warmer spring temperatures can impact the Pacific Northwest