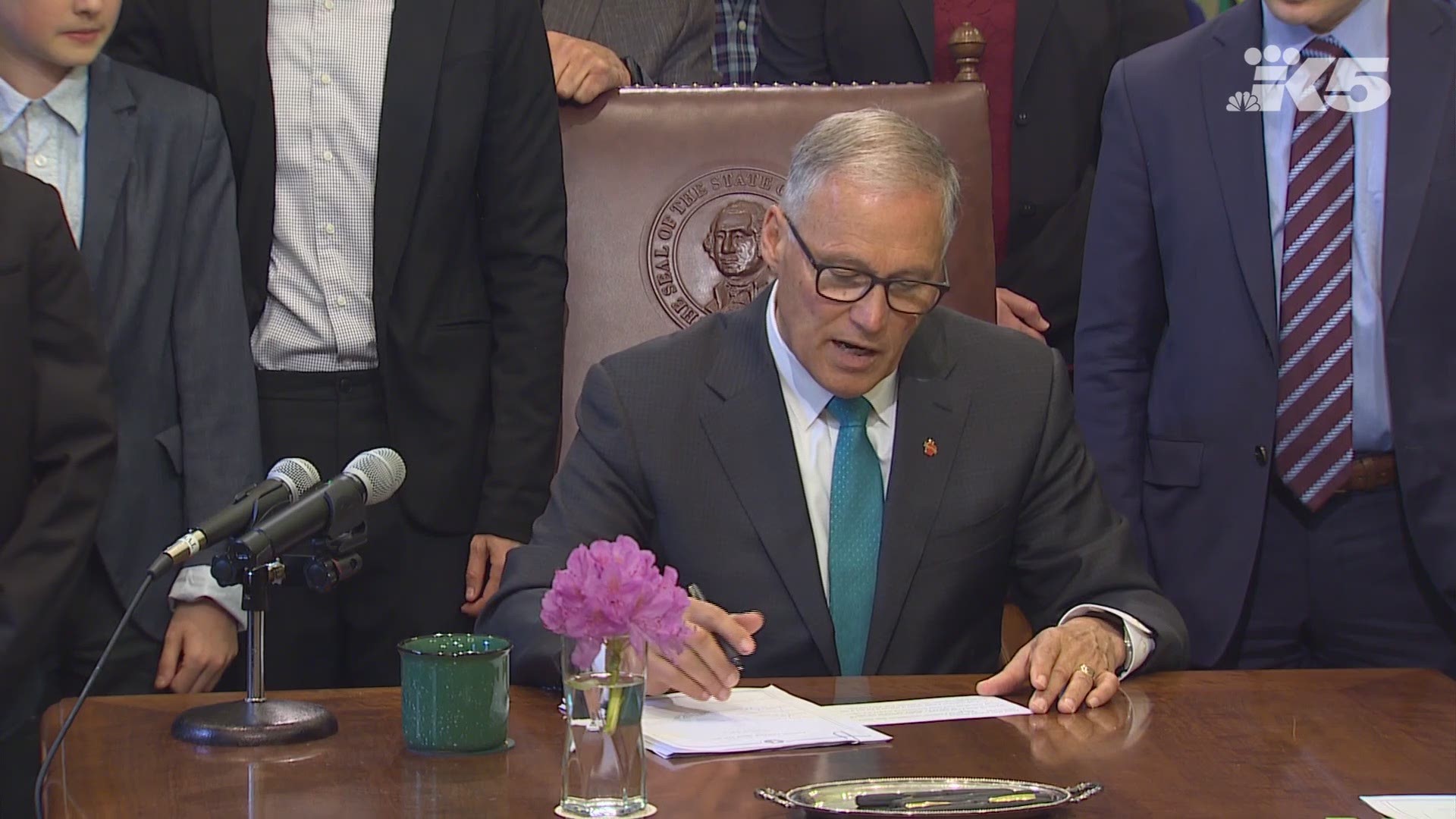 The new law will make it legal to compost human remains, which is called natural organic reduction, as well as a practice called water cremation.

The bill signing was among many that were signed into law Tuesday. Human composting will be legal by May 1, 2020.

State law previously dictated that remains be disposed of by burial or cremation.

Loved ones are allowed to keep the soil to spread, just as they might spread the ashes of someone who has been cremated — or even use it to plant vegetables or a tree.

Supporters say the method is an environmentally friendly alternative to cremation, which releases carbon dioxide and particulates into the air, and conventional burial, in which people are drained of their blood, pumped full of formaldehyde and other chemicals that can pollute groundwater, and placed in a nearly indestructible coffin, taking up land.

"That's a serious weight on the earth and the environment as your final farewell," said Sen. Jamie Pedersen, the Seattle Democrat who sponsored the measure.

He said the legislation was inspired by his neighbor: Katrina Spade, who was an architecture graduate student at the University of Massachusetts, Amherst, when she began researching the funeral industry. She came up with the idea for human composting, modeling it on a practice farmers have long used to dispose of livestock.

Spade founded Recompose in 2017, a company that wants to give people the choice to become soil when they die. She previously said they worked with Washington State University to test its safety for environmental and human health. Six people donated their bodies for the study.

"With cremation, you have the burning of fossil fuels and emission of carbon and mercury particulates into the atmosphere. With conventional burial, there is quite a carbon footprint from the manufacturer and transport of caskets, grave liners, and then the upkeep of cemeteries," said Spade. "So, you have those two options, and if people want those options, absolutely they need to remain. But recomposition uses about an eighth of the energy of cremation and also has a significant carbon reduction thanks in part from the sequestration that happens of the materials during the process."

Recompose is working on raising nearly $7 million to establish a facility in Seattle and begin to expand elsewhere, Spade said.

Cemeteries across the country are allowed to offer natural or "green" burials, by which people are buried in biodegradable shrouds or caskets without being embalmed. Composting could be a good option in cities where cemetery land is scarce, Pedersen said. Spade described it as "the urban equivalent to natural burial."

The state senator said he has received angry emails from people who object to the idea, calling it undignified or disgusting.

"The image they have is that you're going to toss Uncle Henry out in the backyard and cover him with food scraps," Pedersen said.

To the contrary, he said, the process will be respectful.

Recompose's website envisions an atrium-like space where bodies are composted in compartments stacked in a honeycomb design. Families will be able to visit, providing an emotional connection typically missing at crematoriums, the company says.

"It's an interesting concept," said Edward Bixby, president of the Placerville, California-based Green Burial Council. "I'm curious to see how well it's received."

Editor's Note: The video below aired in February when the bill passed the state Senate. 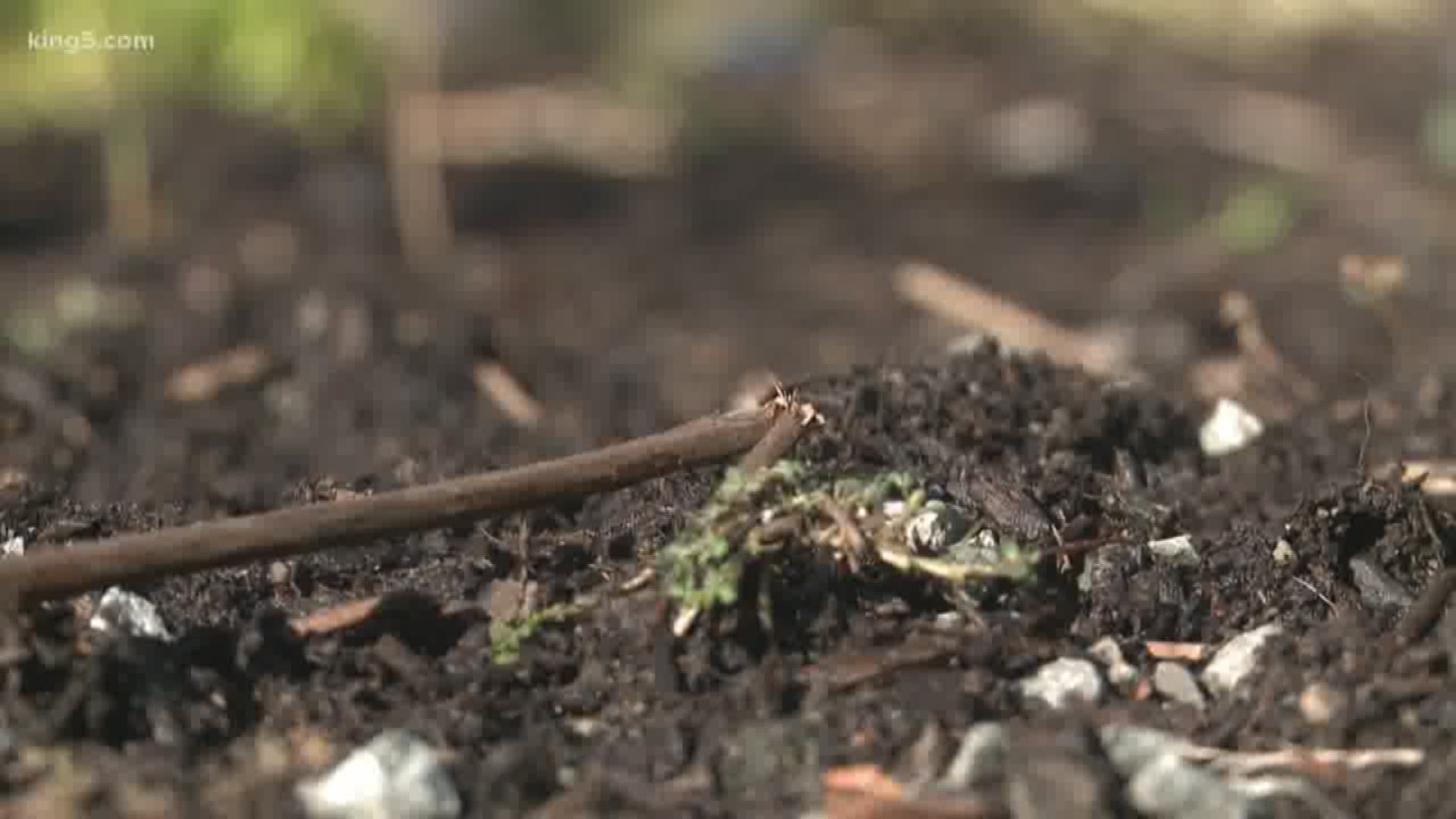