Dry and dying vegetation can become fuel for fires, and drought brought on by climate change can hurt trees' resistance to disease. 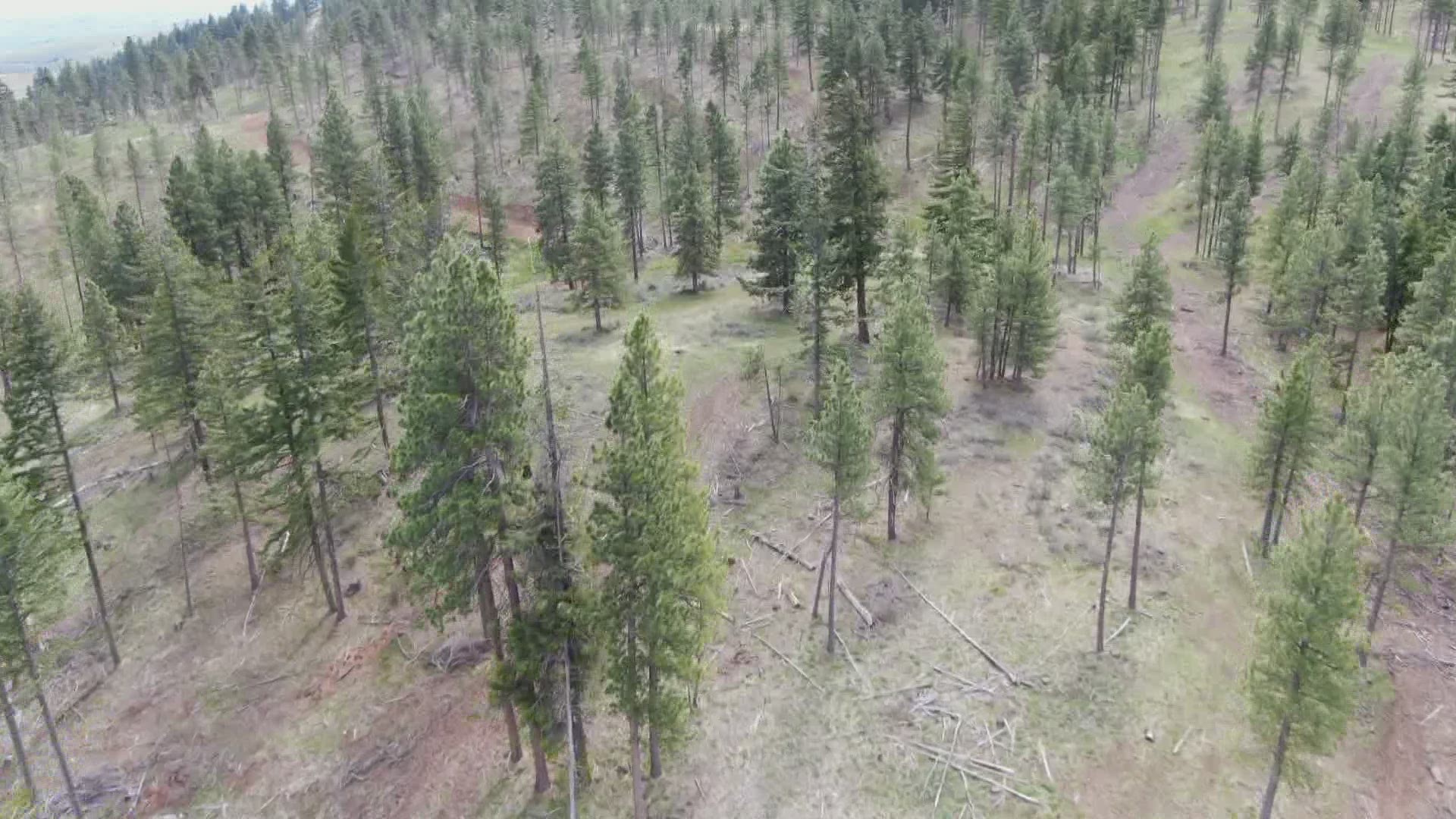 As the annual wildfire season gets closer in Washington, the state Department of Natural Resource's Forest Health Highlights report for 2020 focuses on the danger to trees by drought, insects and fungus.

Dry and dying vegetation can become fuel for fires.

Last year, Washington state recorded 1,638 fires, an increase of 243 more fires than the previous year. Late summer also saw the Sumner Grade Fire in Pierce County, which burned homes and threatened others, reminding people that wildfire isn’t just a problem on the typically drier east side of the state.

That fire was part of a rash of 116 fires that broke out on the Labor Day weekend, including the largest of the season at 233,730 acres.

The concern is growing for the state’s wildlands and forests, according to the Department of Natural Resources, which not only manages lands but is the largest firefighting agency in the state.

One major area of concern is drought, coupled with insect and fungus damage. While the 2020/2021 winter saw the third-highest level of snowpack in recorded history, 2015 was a record drought year.

Since that year, the total number of acres with insect and disease damage has grown from less than 400,000 acres back to more than 600,000 acres, according to the report. That follows a steep decline from over a million acres in 2012.

Data for the year 2020 is not complete due to COVID-19 protocols grounding aerial survey flights for the first year since 1947.

Recent years included an outbreak of the Douglas Fir tussock moth in Chelan, Kittitas and Okanogan counties that is now on the wane, to the detection of fungi such as the sooty bark disease detected in maple trees in Seattle.

Trees' ability to weather insects and fungi is affected by drought, and scientists often look at the frequency of drought connected to climate change.

“With climate change, we have more frequent drought, more intense drought, and what I like to call hot drought,” said Glenn Kohler, DNR’s forest health entomologist. “Not just a lack of water. On the west side, you’re getting these 95 degree days, the number of those days in the summer being in 10, 12, 15, that puts a lot of moisture stress on the leaves of the trees.”

No matter which side of the state you’re on, Kohler said a stressed and drying tree is less able to fight off bugs and fungi.