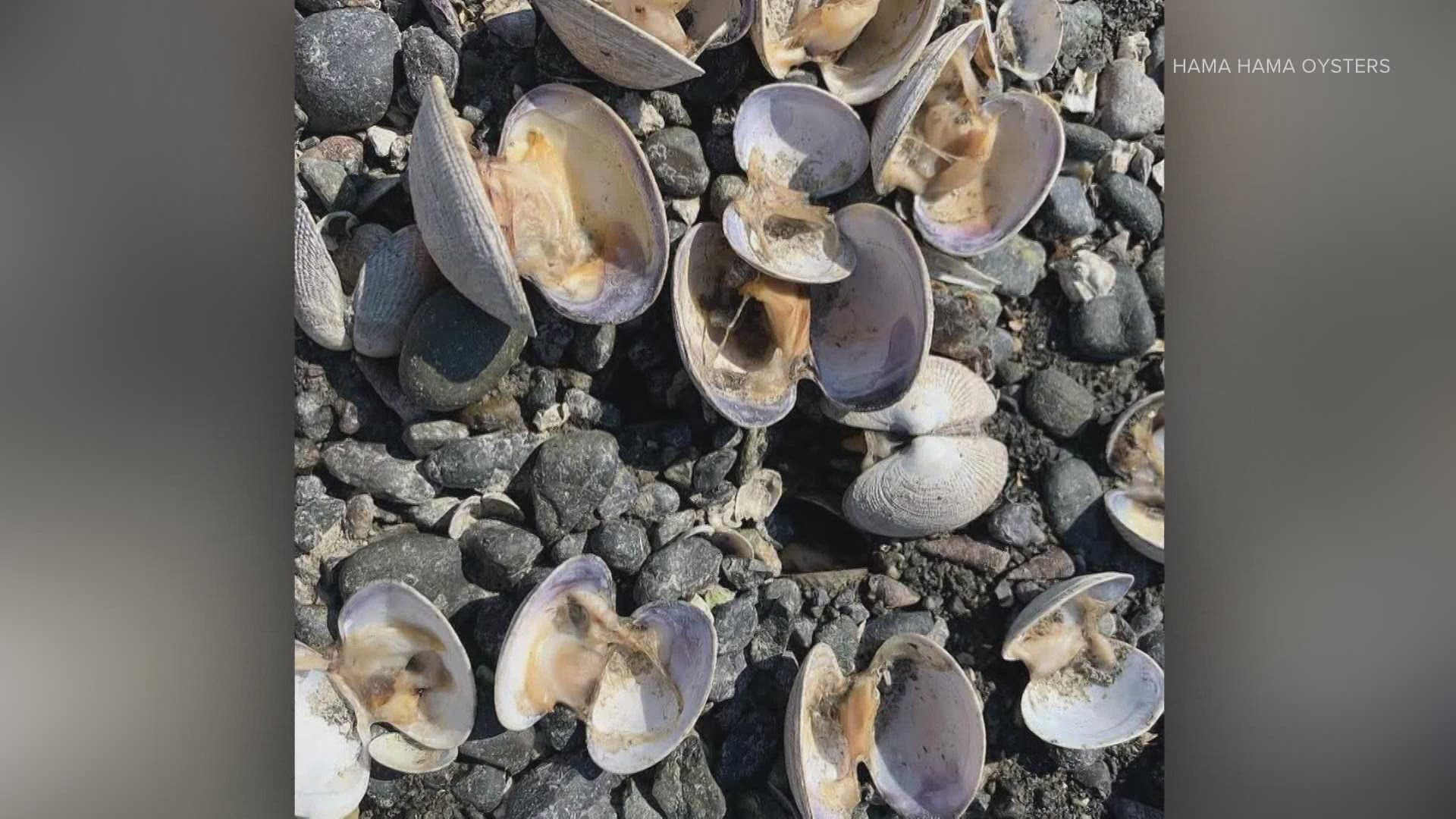 MASON COUNTY, Wash. — The recent heat wave in western Washington could mean higher clam and shellfish prices, and not just this summer.

"I would expect a supply crunch in the oyster and clam markets," said Justin Stang, wholesale manager for Hama Hama Oysters.

"Having the hottest part of the day be when oysters and clams are most susceptible to that heat really compounded normal summer stress on the shellfish to an exceptional level," Stang said.

Stang said Manilla clams close to the surface died in the stretch of three 100-degree plus days, but the long-term damage to the company's Hood Canal clams and oysters may not be known for months, or even years.

The heat wave resulted in high bacteria levels on multiple beaches in western Washington. Three King County beaches closed. Several saltwater beaches in the region were under advisories, meaning it's not safe for children, older people, and those with underlying health conditions to swim.

Water temperatures were recorded as high as 70 degrees, well above the normal 57 degrees seen in the summer months.