Officials want to impose a quarantine on all live hornets, which would outlaw the sale, distribution or knowing movement of hornets in Washington state. 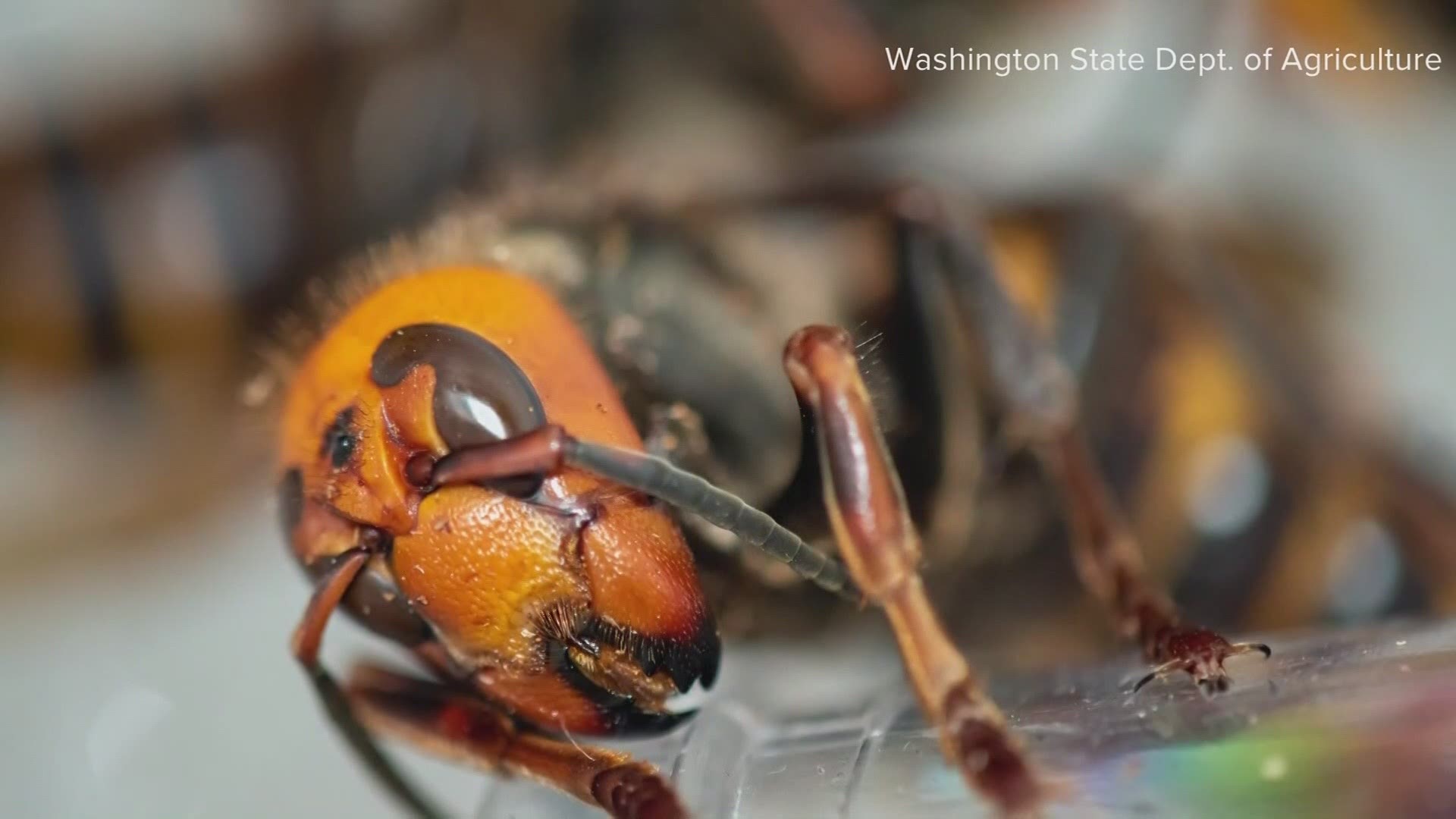 SEATTLE — The Washington State Department of Agriculture (WSDA) is moving forward with new rules that would give them more tools to combat the spread of invasive Asian giant hornets.

The pests, first detected in the U.S. in Washington state in late 2019, pose a threat to bees. A handful of the hornets can wipe out entire hives in a short amount of time, entering what’s called a ‘slaughter phase.’ Bees play and important role in pollinating plants, and are already struggling.

Throughout 2020, the Department of Agriculture tracked and trapped the hornets. Late in the year, they identified and destroyed the first nest inside a tree in Blaine. About 200 queens were found, all with the potential to start their own nest.

Now, the department is proposing new rules that would empower them to further pursue and limit the hornets’ spread. WSDA is looking to impose a quarantine on all live hornets (genus Vespa), which would outlaw the sale, distribution or knowing movement of hornets in Washington.

The rule would also allow WSDA to declare an “infested site” for 20 meters around a nest, even on private property. This would give officials the legal authority to control access to the site, and eradicate it.

“Last year, we were really more or less operating on peoples’ good graces because we didn’t have authority to actually enter and take of an established population of Asian giant hornets for example,” said Karla Salp, WSDA spokesperson. “So luckily, the public was very helpful and very cooperative last year. But we didn’t actually have any legal authority to enter someone’s private property to remove an invasive species of this type.”

There are several other quarantine measures for invasive gypsy moths and apple maggots, and legal prohibitions on zebra mussels enforced by Washington Fish and Wildlife.

By targeting all hornets with the law (no hornets are native to Washington, the baldfaced hornet is technically a yellowjacket) officials hope to be prepared for further potential invasive species down the road.

“It allows us to deal with this issue should something like the European hornet show up on our doorstep, as opposed to going through the same process every time a new type of hornet arises,” Salp said.

A permit process for research exceptions is included.

The proposed rule is open for public comment, and a virtual meeting is scheduled for May 11. As scheduled, it could take effect by summer 2021.

The hornets are not a serious threat to people or animals, though you should keep your distance if you spot one. After a busy 2020 season, Asian giant hornets could now be emerging around now. The state asks you report any sightings to the Department of Agriculture.