Some farmers in Whatcom County said they've lost 20% to 80% of their crops just before the summer harvest. The heat could impact next year's harvests as well. 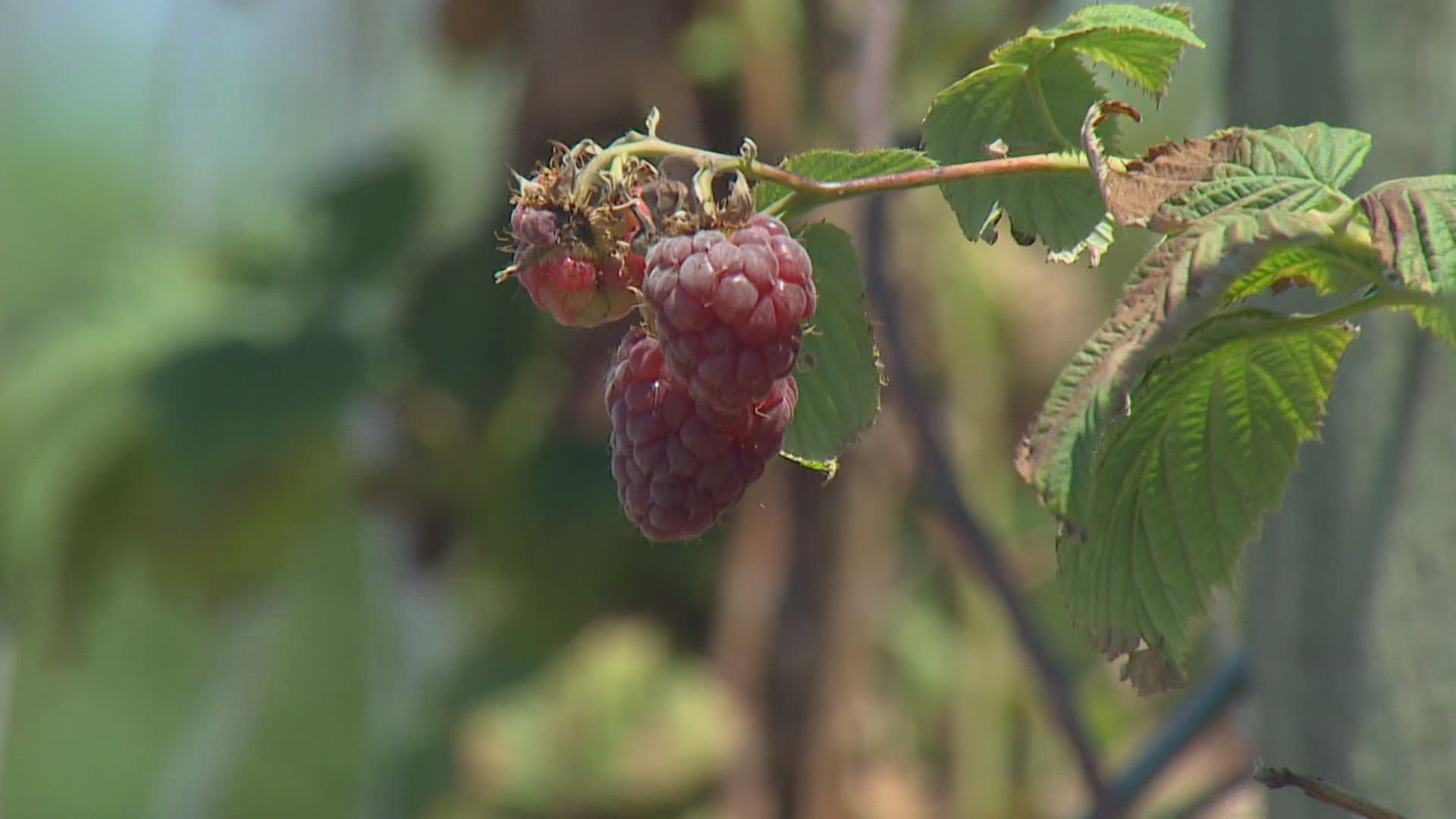 WHATCOM COUNTY, Wash. — Raspberry and blueberry farmers in Whatcom County are dealing with widespread losses after the recent heat wave and the damage could impact future crops as well.

As family farmers for more than 30 years, the Brar family have known droughts, floods and freezes.

"It's always something every year but we didn't think we'd get hit with heat or something like this ever," said Jiwan Brar, who operates Kissan Berry Farm with his father and brother.

As temperatures climbed into the triple digits last week, raspberries and blueberries took an especially hard hit because the varieties grown in the Northwest are not acclimated to extreme heat.

Farmers said the berries literally baked on the vine. One picture taken at Kissan Berry Farm showed the internal temperature of a blueberry registered 120.4 degrees.

Brar estimated his family lost about 20% of their crop at the worst possible time -- just one week away from harvest.

"I've never seen such a good growing year," he said. "This has been one of the best growing year's we've had. Last week, out of nowhere, this heat just really cooked everything."

Herman Sihota runs the neighboring Tarsem Farms. He said he moved to Whatcom County from California to farm in a cooler climate. This year was to be his first harvest in Washington state. Now, Sihota said he has lost about 40% of his berries.

"In just 72 hours we had damage that was irreversible," he said. "You quite literally saw the plants shriveling in front of you."

Farmers told KING 5 the tips of many of their berry bushes are scorched from the sun, which is where new growth would have begun for next year's harvest. What this means is that next year's crop is in question as well.

"With the tips being burnt like that we've stunted our potential crop for next year," said Sihota.

Analysts said some Whatcom County farms lost 80% of their berries and may not survive without some kind of governmental help. For now, farmers can only hope this was the last heat wave to roll through their fields.

"You just pray," said Brar. "You just hope for the best because it's in nature's hands."