Disturbing photos and video obtained by enforcement officers with the Washington Department of Fish and Wildlife show the impact of a particularly brazen group of poachers. 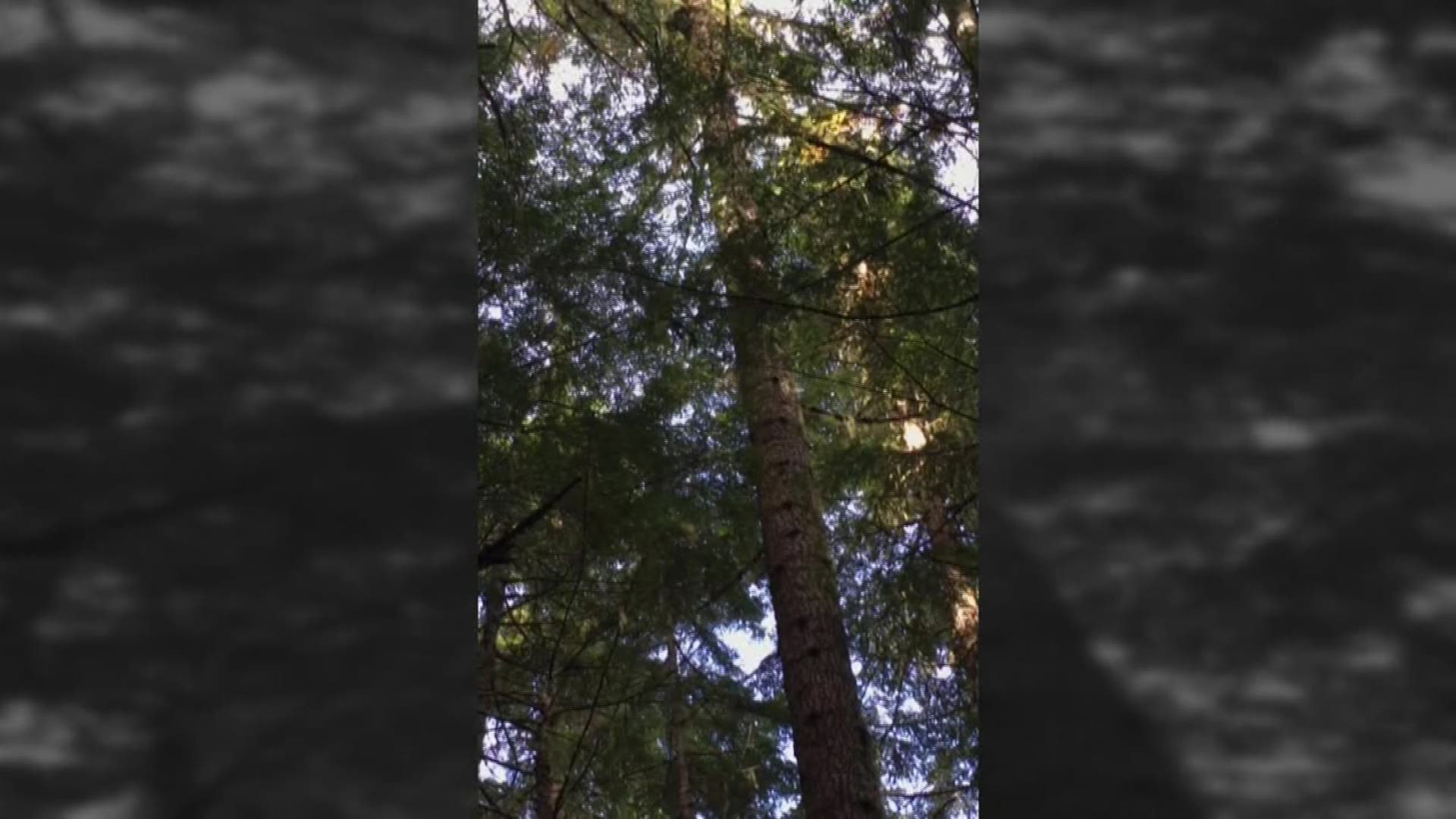 If you're reading this in the KING 5 app, click here.

Disturbing photos and video obtained by enforcement officers with the Washington Department of Fish and Wildlife show the impact of a particularly brazen group of poachers.

The state seized the images last month as part of an anti-poaching operation. They show dozens of animals illegally killed, including bears, bobcats, deer, and elk. The men involved filmed themselves in the violent acts.

In one video, a black bear is shown high up in a tree, likely exhausted after a long and fast race to escape hounds used for hunting. Gun fires. Likely still alive, the bear falls dozens if not a hundred feet to the ground.

"These guys aren't hunters. They're serial poachers. On a scale of one to ten, they're tens," said WDFW Deputy Chief Mike Cenci. "They have no regard for the natural resources they're pursuing. There's no spiritual connection. They just want to kill stuff."

WDFW seized evidence after officers in Oregon found deer carcasses with no heads and traced them to Washington residents. The state is not naming the suspects involved yet since no one's officially charged with a crime.

Officers served more than 20 search warrants to 10 suspects. The photos show deer whose heads were taken, but their meat left to rot in fields.

Several graphic videos show bears in the last violent moments of their life at the teeth of dogs. Another video shows a bobcat shot and chewed to death. 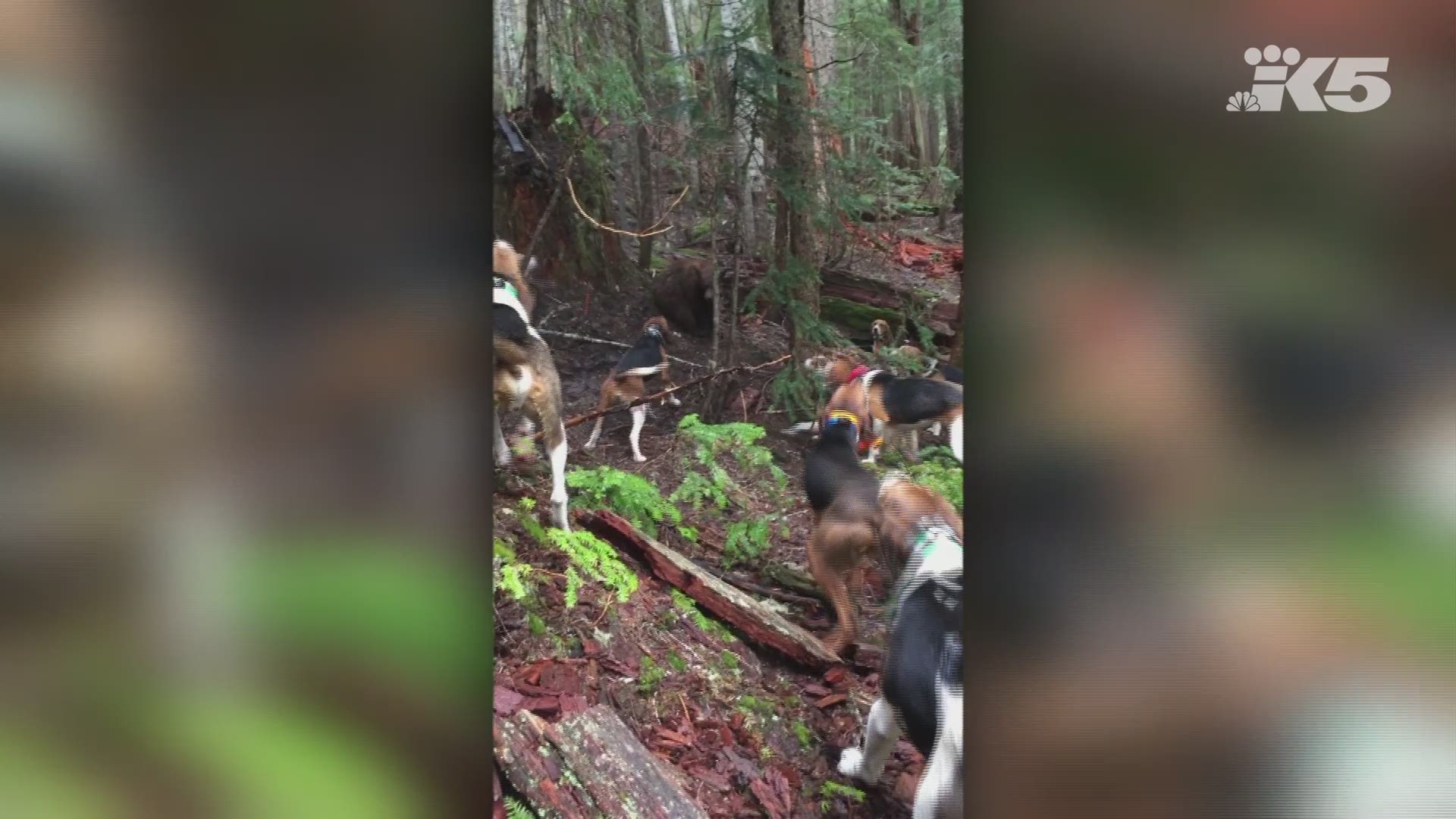 It was all done in areas wildlife police patrol.

"How do these individuals go out into the woods undetected with a dozen noisy dogs and run a bear during the closed season?" Cenci said.

That's a question that Cenci says disturbs him as much as the video.

"I know that our officers were pretty frustrated as they were investigating this case because a lot of these activities occurred in areas they patrolled regularly, but it's a very large landscape, and there's only a few of us. We can't be everywhere at once," he said. "I'm absolutely positive I don't have enough officers."

Cenci reports he has half the staff he needs, with just 135 officers for the entire state. He blames that officer shortage for not stopping the poachers earlier or catching them in the act. In this single case, the poachers killed about thirty bears and just as many deer.

They seemingly acted without fear of getting caught, running loud dogs in two states. Most of the poaching happened in southwest Washington and a popular Oregon hunting spot not far from Mount Hood.

"I need more staff. I absolutely need more staff," he said. "When they take a look at video footage like this, when they discover this kind of egregious behavior in the outdoors, they feel like they failed. It's not their fault. It's actually our fault, because we haven't given them the resources to adequately do their jobs."

Cenci isn't sure when the state will charge the men involved. That's up to prosecutors. For some of the suspects, this won't be the first time. Several already have criminal records for poaching, and the state says they're at it again.

"I hope the justice system works in our favor," Cenci said.

Cenci is most concerned with the budget advanced by the Republican-controlled state Senate.

The Senate budget adds just $5 million dollars to WDFW funding from the last fiscal year, whereas the Governor and House budgets propose to add $34 million through increased license fees. That's less than a sixth of the funding that's in the budgets put together by Democrats in the state House and Governor Jay Inslee. In fact, the governor's office sent a letter to the Senate expressing concern.

The public can help act as eyes and ears for officers, though. If you see or hear something suspicious, call WDFW. In this case, hound hunting was a clue. Using dogs to hunt bears was outlawed in Washington 20 years ago unless done with a special permit.

To report poaching, click here or call 1-877-933-9847. Conservation Northwest also partners with WDFW to offer rewards up to $7,500 for information that leads to a poaching conviction.