An urban farming program at Highline College is doing more than growing vegetables. It's growing identity. 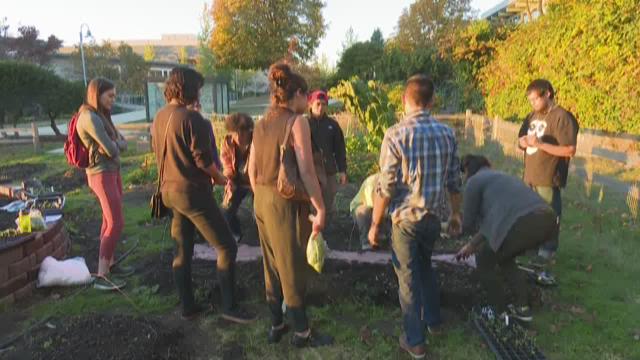 "I want to rush to try what I learned. I feel like I need to try it and do it right now. That's how I feel," laughed Floribert Mubalama.

Mubalama fled war in the Congo a decade ago and lived as a refugee for eight years. He moved to Washington a year ago. He got a full scholarship to participate in Highline College's Urban Agriculture program.

"I was inspired by the life in the camp as a refugee because there was a scarcity of food and people had to survive any way. Growing your own garden was one way to survive," he said.

Many of the students are immigrants. The courses help them grow their cultural food in their new homes thousands of miles away.

"Depending on the region you're used to growing in, it could be very different than the Pacific Northwest," explained teacher Bobby Butler. "It's those students in the class who make it enjoyable for me and make me feel like I'm making a difference and doing something important."

Mubalama plans to start a movement in his community south of Seattle, linking his neighbors with the skills he's learning. He may also return to Africa to help refugees.