They're back: Turn off your lights to help migrating birds in Washington

Bird migration will be high in the Puget Sound region over the next few days, and city light pollution can confuse them, according to the Aeroeco Lab. 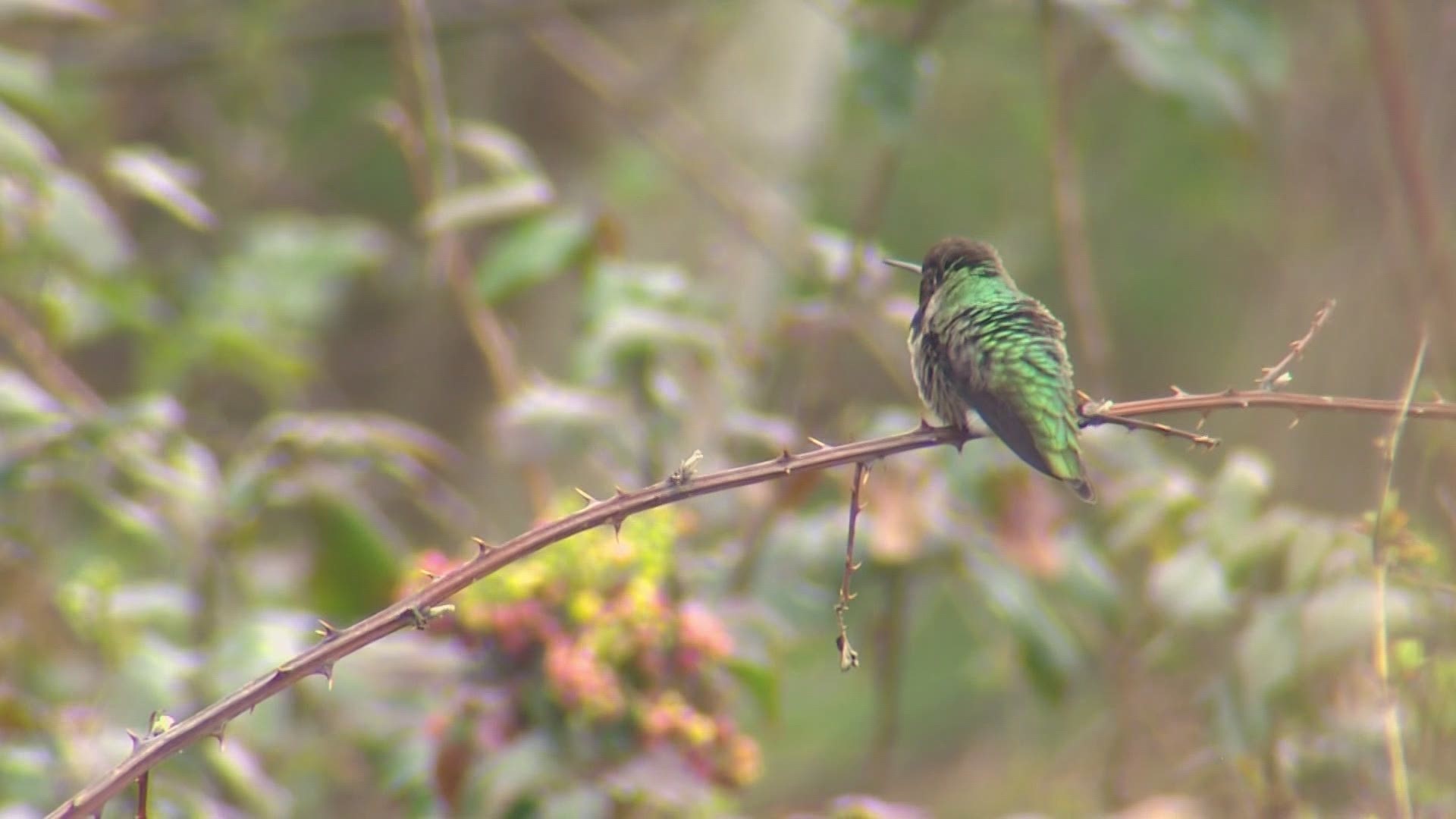 Thousands of birds are migrating over the Puget Sound region, according to Colorado State University's Aeroeco Lab, which issued medium and high "lights out" alert levels for the Puget Sound area for April 29 to May 1.

Light pollution from cities can disorient birds, which can cause them to become confused and crash into buildings and towers, causing injury and death, according to the lab. Window strikes kill around a billion birds a year, by some estimates.

Aeroeco Lab's forecast predicts which days certain areas will see the most bird migration activity. The lab encourages people and organizations to turn off their lights on those nights, to help the most birds. Some cities, including Philadelphia, Chicago and New York City, have partnered with the Audubon Society to turn off lights on "Lights Out" days to help migrating birds.

On Thursday, April 29, Aeroeco Lab projected 11,200 birds would migrate over Seattle and 5,000 birds over Tacoma, with 4.4 million birds migrating over Washington.

More information about the project is on Aeroeco Lab's website.

Dr. Alejandro Rico-Guevara, the assistant professor of biology at the University of Washington and bird curator for the Burke Museum, said birds migrate at night to avoid predators and take advantage of cooler temperatures to dissipate body heat.

He said it's important to remember, bright modern lights may feel like the norm for us, but in the evolutionary timeline it's still just a brief moment, and birds are adapted to transit dark skies.

"It's amazing how these birds are traveling thousands of miles at night," he said. "And through that, they use different cues. One of them is starlight and moonlight, and different lights in the environment that have come alive in the past 100 years are really disorienting."

The Audubon Society has tips to reduce light pollution from your home or business here, including window coverings, turning off outdoor ornamental lights, and shading lights to prevent upward cast.

Rico-Guevara said reducing light pollution is generally a good practice but is especially important during migration seasons - and even more so when forecast show large numbers of birds transiting through metro areas, like this week.

"Those huge buildings are the ones that attract most of the birds because they are the ones that reach highest in the sky," he said. "But as individuals, we can definitely make a difference in just lowering the overall glare of the area."

He said even taking periods of time to turn off outdoor sources of light can help, as birds that have congregated to artificial sources can re-orient fairly quickly and leave the area.