The National Landslide Preparedness Act was signed into law at an important time for Washington state. 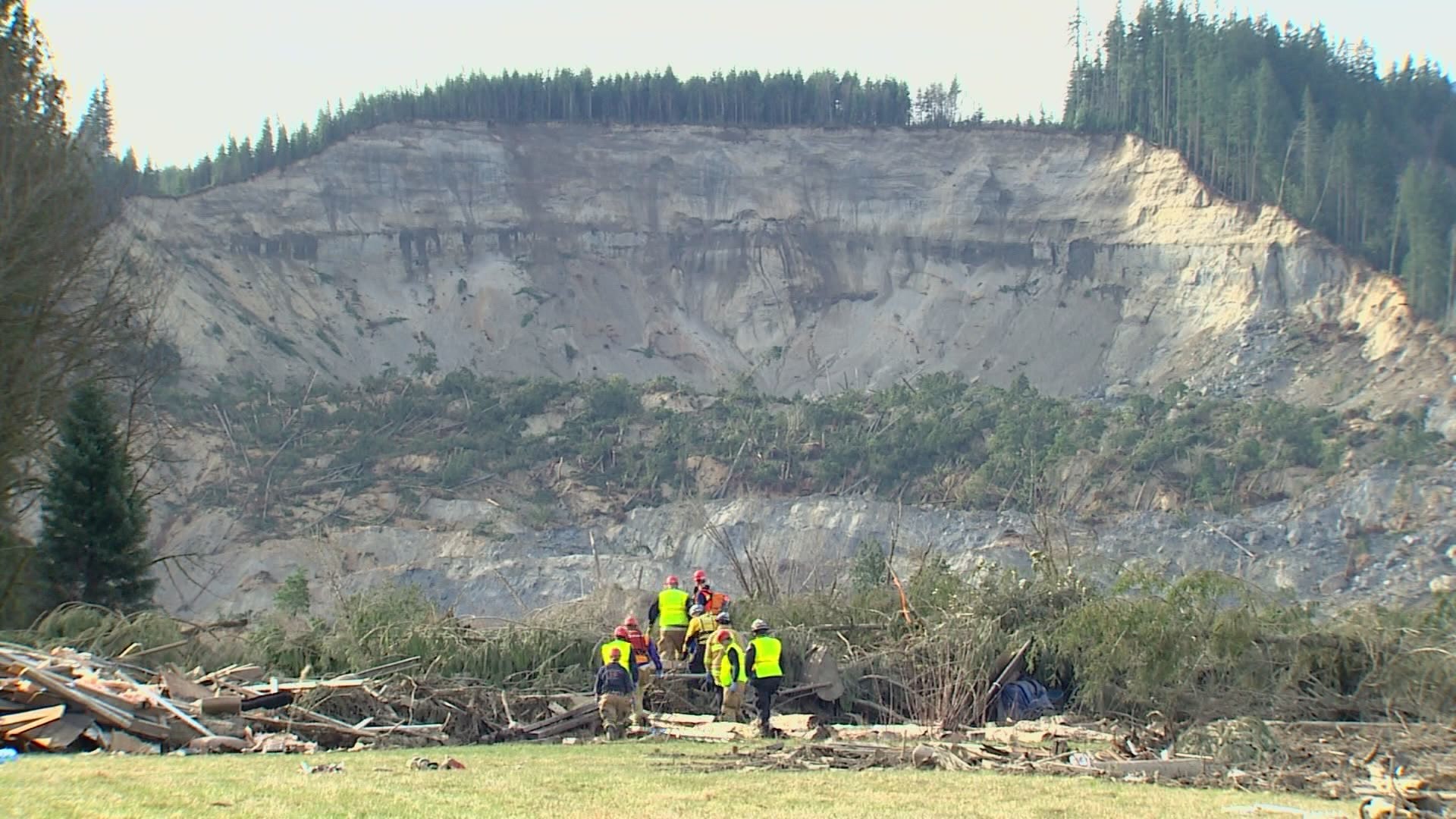 SEATTLE — Before the chaos in D.C. this week, when a mob of Trump supporters attacked the U.S. Capitol building, the president signed a piece of legislation with impacts in Washington state – the National Landslide Preparedness Act.

It was sponsored by Washington lawmakers, and designed with input from the state Department of Natural Resources (DNR).

Commissioner of Public Lands Hilary Franz said the new law will help address a critical threat in Washington, a state where steep terrain often meets wet weather, increasing the risk of slides like those we’ve seen this week, or the 43 lives lost in Oso.

“The fact is, that can happen at any time,” Franz said. “And the more we’re able to know about underlying geology, where people live on that geology, preventing any further development in those high-risk landslide areas - the more we can keep people safe.”

The new law, which passed Congress in December, and was signed by Trump on Jan. 5, establishes “a national program to identify and reduce losses from landslide hazards, to establish a national 3D Elevation Program,” among other purposes.

That includes a public hazards database, and better safety messaging. Federal and state officials will coordinate with the U.S. Geological Survey (USGS), and within a year, a national strategy on addressing landslides will be published. It also establishes funds for landslide research grants.

“What this does, is this enables us to do more monitoring, more research, more LIDAR mapping, which lets our geologists look at the ground beneath our vegetation to see where these landslides are likely to happen,” Franz said.

She added this comes at an especially important time for Washington, which has been looking to expand its landslide prediction and monitoring efforts in recent years, but now facing a looming budget shortfall because of the pandemic.

“To have an effort like this at the federal level means our state will definitely benefit because that way, we’re ahead,” Franz said. “Unfortunately, the tragedy of Oso has really made this a front and center priority, and we’ve made some significant progress. But it also means that other states that faced similar challenges will be able to benefit, and we can learn from each other.”