Several systems are being tested to recycle cow manure in Washington state. 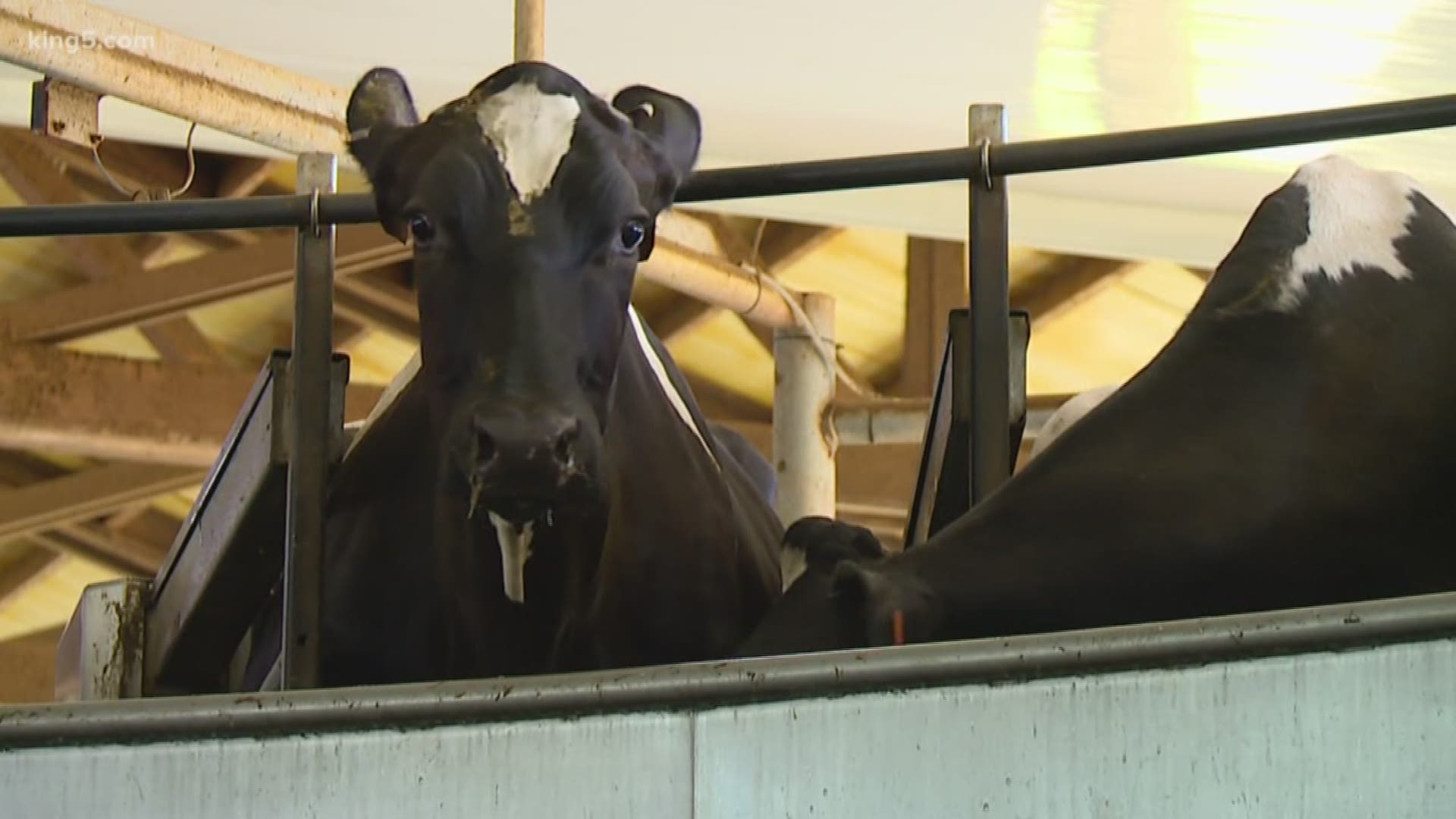 To do that, engineers are using processes that range from oversize bins of worms to cutting-edge technologies to reduce and reuse the nitrogen and phosphorous found in manure.

The stakes are huge. In recent years, the state's $1.1 billion dairy industry has been the target of an onslaught of government regulations and private lawsuits, most of which targeted surface and groundwater pollution linked to manure.

In the past year, the five publicly subsidized manure projects have faced financial, technical and regulatory challenges. Some have struggled to meet their goals. Nevertheless, final reports submitted last month to the State Conservation Commission suggest progress — and offer hope that the dairies can find an economically feasible way to handle manure.

The technologies are experimental. Still, they are putting the state at the forefront of a national discussion on treating dairy manure, Washington State Dairy Federation policy director Jay Gordon said.

"No question, it has been fantastic to have this opportunity," Gordon told the Capital Press. "The diversity of the five projects has been nice."

Manure control, also known by the euphemism "nutrient management," is a major concern for dairies in Washington, the 10th top milk-producing state in the country. The state has about 400 dairies and 280,000 milking cows, according to the National Agricultural Statistics Service. Each 1,400-pound Holstein produces about 115 pounds of manure a day.

Many dairies store the manure, which is chock-full of nitrogen and phosphorus, in lagoons. It is then sprayed on fields as fertilizer for crops that can be fed to the cattle.

Others pump manure into anaerobic digesters to produce gas to operate electrical generators or to be sold to natural gas companies.

The problems arise when too much manure is applied to fields and the compounds migrate below the surface. If they go deep enough they can impact the groundwater and, potentially, nearby streams.

The federal Environmental Protection Agency, state Department of Ecology and environmental groups have all tried to regulate or sue dairies over manure and how it impacts groundwater and rivers. The State Board of Health is considering adopting yet another layer of regulations.

He said that with taxpayer support, his company and others could eliminate all problems related to manure. Following that, lawmakers approved funding for innovative projects. The conservation commission distributed a total of $3.88 million for the five trials.

Each system has pros and cons for farmers weighing capital and operational costs versus the cost of doing nothing.

"Dairies need options, and we're trying to show what's possible," he said. "Dairies are not in a place where they can stick their necks out — not with the way the industry is — and try something totally unknown."

Janicki stirred interest in innovative manure projects at presentations two years ago to the state Senate and House agriculture committees.

He talked about his company's success in purifying human waste in Africa into drinking water. The same could be done for cow manure, but public funding would be needed to adapt the technology, he said.

Otherwise, it would cost too much, he said. After a few systems were built on dairies, capital costs would come down and be reasonable, he said.

Smells, greenhouse gases and water pollution, Janicki said, "will all become a thing of the past if we make it happen."

The Stillaguamish Tribe of Indians is the lead partner in the project and received the grant.

The project, however, has fallen behind schedule. Originally, the system was scheduled to be converting manure into dry and liquid fertilizers and water clean enough for livestock by June.

The goal now is to have it operating in the first three months of next year, said Stanley Janicki, vice president of business development and Peter Janicki's son.

"We're very confident in the project and excited," he said.

Natural Milk Dairy owner Jeremy Visser said he's proud to be part of the project, but wishes it were moving faster. "We're not setting any world records for getting something done," he said. 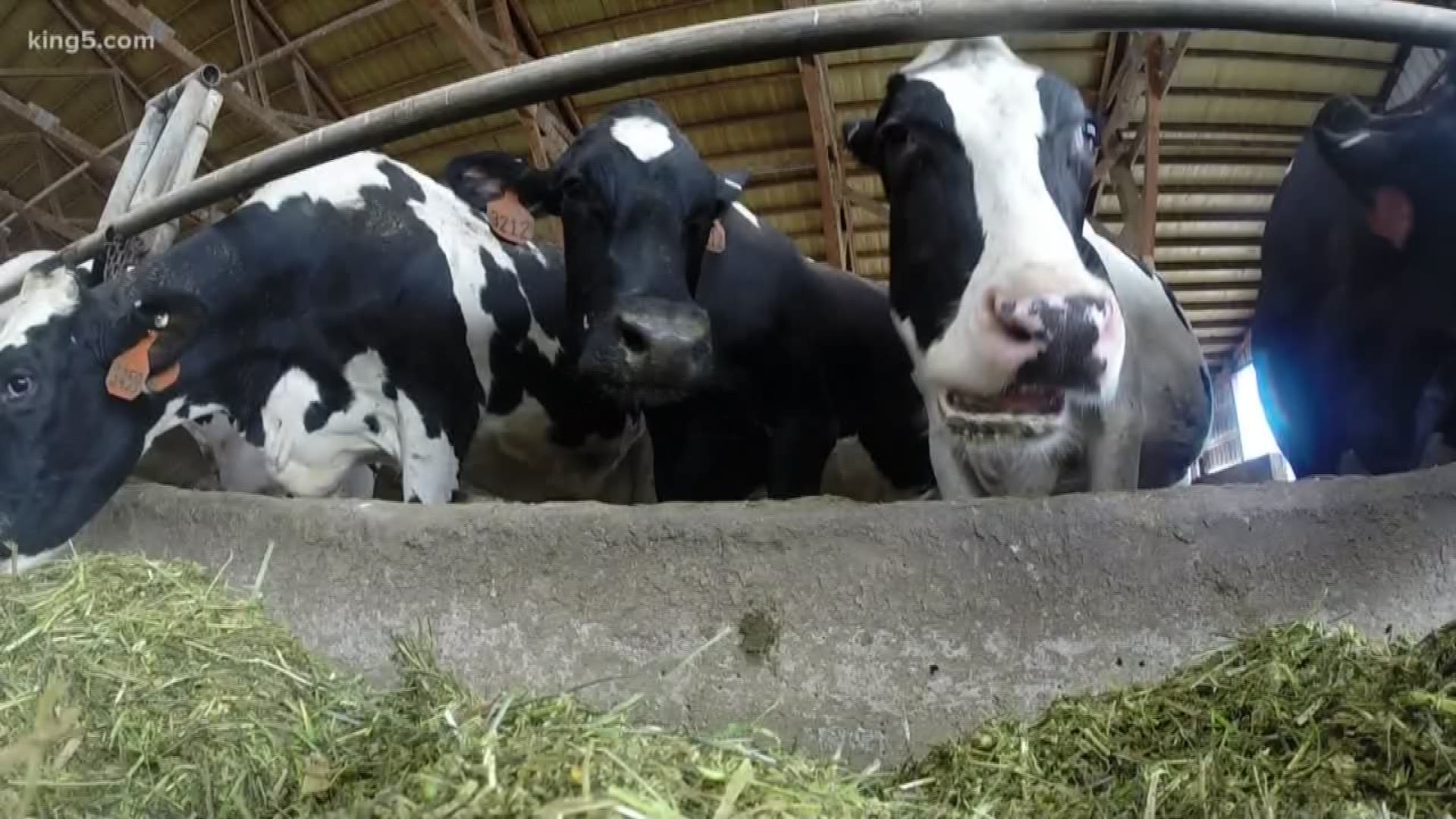 "From my perspective, we've got all our ducks in a row," Visser said. "I'm 100% confident it will come to fruition."

Stanley Janicki attributed the delay to doubling the planned size of the system to handle 90 gallons a minute, the entire manure output of the 3,000-cow dairy.

At the same time, the company, which has changed its name from Janicki Bioenergy to Sedron Technologies, installed a system at a Texas dairy. Stanley Janicki said the Texas project did not affect the pace of work in Washington.

Most recently, the Washington Department of Ecology awarded the tribe another $1 million for the project.

The project will guard against fecal coliform bacteria getting into the Stillaguamish River, a tribal spokesman said in an email.

"The tribe needs a habitat that supports salmon and shellfish. Dairy farmers need to dispose of manure in a way less impactful on the shellfish environment. We found something we can work together on to address both needs," according to the spokesman.

The tribe is optimistic the project will work, the tribe's chairman, Shawn Yanity, said in a statement. "We will try any and all methods to help protect the land that the shellfish live on."

Janicki's company also will install a system at a new 4,500-cow dairy in Indiana, planned by the same owners as the Texas dairy, according to Indiana state records.

"We have a number of systems basically in the sales pipeline," Stanley Janicki said.

"We're probably the only people in the world doing this right now," Harrison said. "Every piece of data we get, nobody else has."

If phosphorous-saturated soil washes into waterways, aquatic life is stifled. Capturing phosphorous from cow manure as struvite would control runoff pollution and extend the supply of a finite resource, he said.

The potential market for struvite is immense, according to the project's final report.

Researchers towed a cone-shaped struvite maker to 30 dairies. Manure was pre-treated to screen out solids and went into the cone for further treatment.

Out came wastewater with most of the phosphorous removed. Altogether, researchers made about 100 pounds of struvite.

To test struvite as a fertilizer, it was spread on alfalfa fields in Ellensburg and Moses Lake. Because there wasn't enough struvite from dairies, researchers also obtained some from a sewer plant in Idaho.

Struvite from humans or cows is all the same, Harrison said. The fertilizer has worked well on the two fields, he said. "It all looks really good right now."

In making struvite on the farm, dairies will be challenged to keep down chemical costs and increase the yields of marketable struvite. Chemicals averaged 39 cents a cow per day. With labor and maintenance, operational costs were roughly 45 cents per cow per day, according to the final report.

Harrison noted that a dairy may not need to take phosphorous from its manure year-round. One or two weeks may be long enough to bring the farm's supply of phosphorous in line with its demand, he said.

Harrison said he believes the technology is maturing toward being ready for the marketplace.

"I think it's ready for the next leap," he said.

Organix, a Walla Walla company, received a $762,000 grant to install and operate a filtering system patented by an international company, BioFiltro.

Organix describes the system as "essentially a giant aerated worm bin." The worms take out more than 90% of the nitrogen, phosphorous and suspended solids.

The process produces worm castings, a soil amendment, and "worm tea," water that has passed through the worm castings. Both are marketable products, according to Organix.

The company already had installed a large system at Royal Dairy in Grant County. It proposed installing the system at two more dairies. It got funding from the conservation commission for one dairy. Both dairies, however, decided against participating for financial reasons, according to Organix.

The company found a third dairy, J&K Dairy in Sunnyside, willing to take part, though on a smaller scale.

Organix installed a system to process 250 gallons of manure a day. Because of the small scale, the worms are in a portable container. The installation cost was $74,855, according to the final report.

"It's working exactly like we hoped it would," Organix President Russ Davis said.

The company has been around since 2001, and Davis said he's been looking for something affordable, reliable and easy to maintain to process manure. "Nothing complicated," he said.

Organix estimates that installing a BioFiltro system at a Washington dairy would cost about $500 per cow. Operating costs would be $4 per cow each year. An enclosed system would be especially suitable for dairies in Western Washington, where rain is heavy.

The system will eliminate a dairy's worries about polluting water, Davis said. He said he believes the system will be attractive to the upcoming generation of dairy farmers.

"They'd like to tell their friends they're sustainable," Davis said. "It's new school."

Coldstream Farms, a Whatcom County dairy, received a $930,305 grant for a manure-processing system that turns out solid fertilizer, liquid fertilizer and, hopefully, water pure enough to put in the Nooksack River.

Dairyman Galen Smith said he's grateful he has a chance to show that dairies can be a source of clean water.

"We're trying to set the table for sustainability and growth for our kids," he said.

The dairy's partners on the project are Regenis and Whatcom County Public Utility District No. 1.

In several steps, the technology separates the solids and water. The end product is 24% dry fertilizer, 35% liquid fertilizer and 43% water.

The Department of Ecology still must issue a permit to discharge the water into the river.

"Because this plant is a pilot project, it's taking longer than would typically be the case for a new industrial permit application," an Ecology spokesman said in an email. "The best time frame we can provide right now is several months.

"We're excited to be involved in this pilot project because it could open the door to new chapters on both streamflow and manure management," according to the spokesman. "Getting this right will help the project succeed, and could help get future manure wastewater treatment plants in operation."

Smith said if Ecology doesn't take the water, he could use it. It will be clean enough for livestock, he said.

"Should it not come about, we have lots of other options," he said.

Putting water in the river is a feature of the project. A lot of rain falls in Whatcom County, but summers are generally dry. By late summer and early fall, rivers and streams are running low.

The PUD would own the "new water." Ecology already, however, has identified the water as a way to offset the drilling of new wells in the basin.

George DeRuyter and Son and D&A dairies in Outlook received a $250,000 grant to install a system that converts manure into nitrogen gas that is released into the atmosphere. Air is naturally 78% nitrogen. The process relieves a farm of excess nitrogen.

"It looks good," he said. "We can just manage manure better, less trucking."

The Yakima County dairies, which combine manure streams, are working with Regenis and DVO Inc. of Wisconsin. Municipal wastewater plants use the technology, but it must be adapted for dairies.

From a global perspective, losing nitrogen is not ideal, but for large dairies with too much, the system can reduce the oversupply, according to the final report.

The system was originally scheduled to be operating by last fall, but construction was delayed until this summer. The report cited several reasons for the delay, including needing the 3.5 million-gallon lagoon for winter storage.