A whale-watching tour witnessed a group of transient orcas feeding on a gray whale near Whidbey Island. 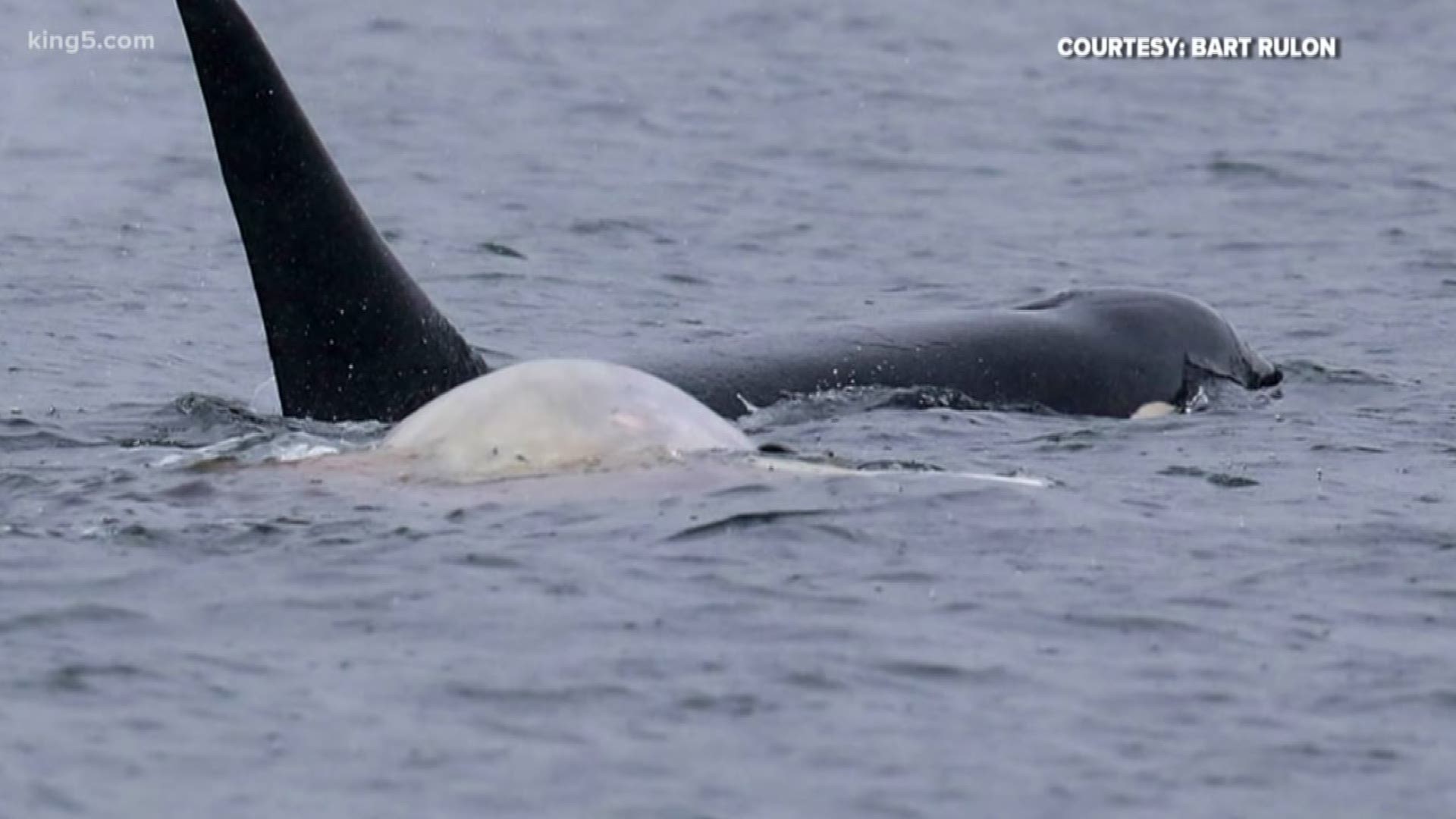 A group of transient killer whales fed on a gray whale in Puget Sound on Saturday.

The rare sighting was caught on camera by Naturalist Bart Rulon, on board the Puget Sound Express whale watching boat. Passengers witnessed four Bigg's orcas in typical hunting behavior near Possession Point, on the southeast tip of Whidbey Island.

Then the four orcas, a mother known as T101 and her three sons, ages 22, 26, and 35 closed in on their prey with a flurry of activity. That's when it became evident the orcas' target was a gray whale.

“This, in my opinion, is one of the most unusual events I can recall with a killer whale in 34 years of whale watching in the Salish Sea,” said Puget Sound Express owner Pete Hanke. 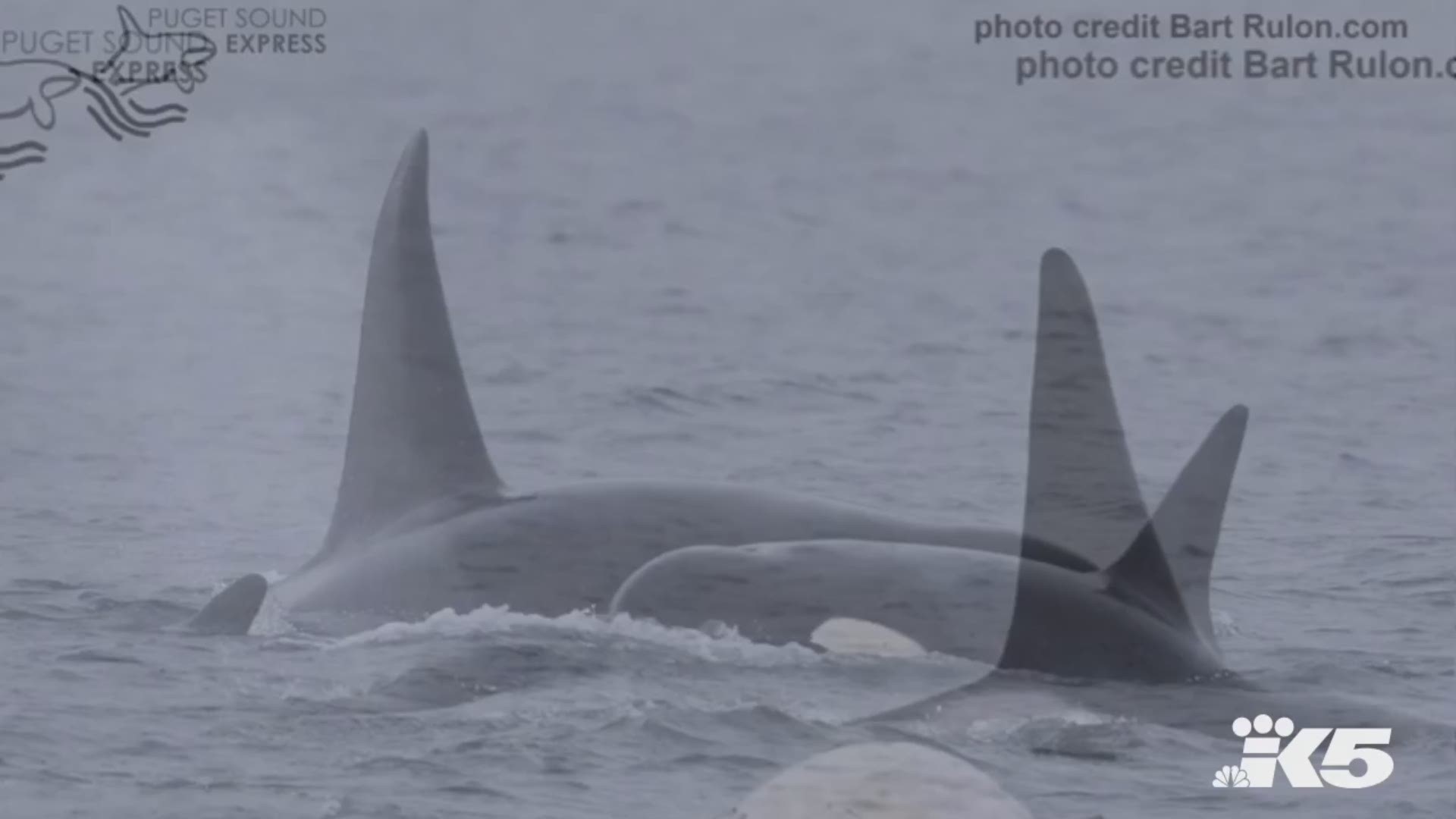 The orcas fed on the gray whale's body as it started to sink.

Killer whales usually only eat the tongue on a gray whale, according to Puget Sound Express.

Scientists tell KING 5 they believe the gray whale may have already been dead when the orcas circled and started feeding on it.

The tour company could not determine if the gray whale had expired before the orcas found it.

Puget Sound Express reports, "It is speculated that the gray whale eaten by the T101 pod might have been a new unidentified gray whale that had been seen in the vicinity of Edmonds and the south end of Whidbey Island over the last week or two appearing to be sluggish, subadult size, and skinny."

Transient orcas typically feed on marine mammals such as seals and sea lions, whereas Southern Resident killer whales feed exclusively on salmon. The Bigg's killer whales travel from Alaska to California, but spend significant time in the Salish Sea.