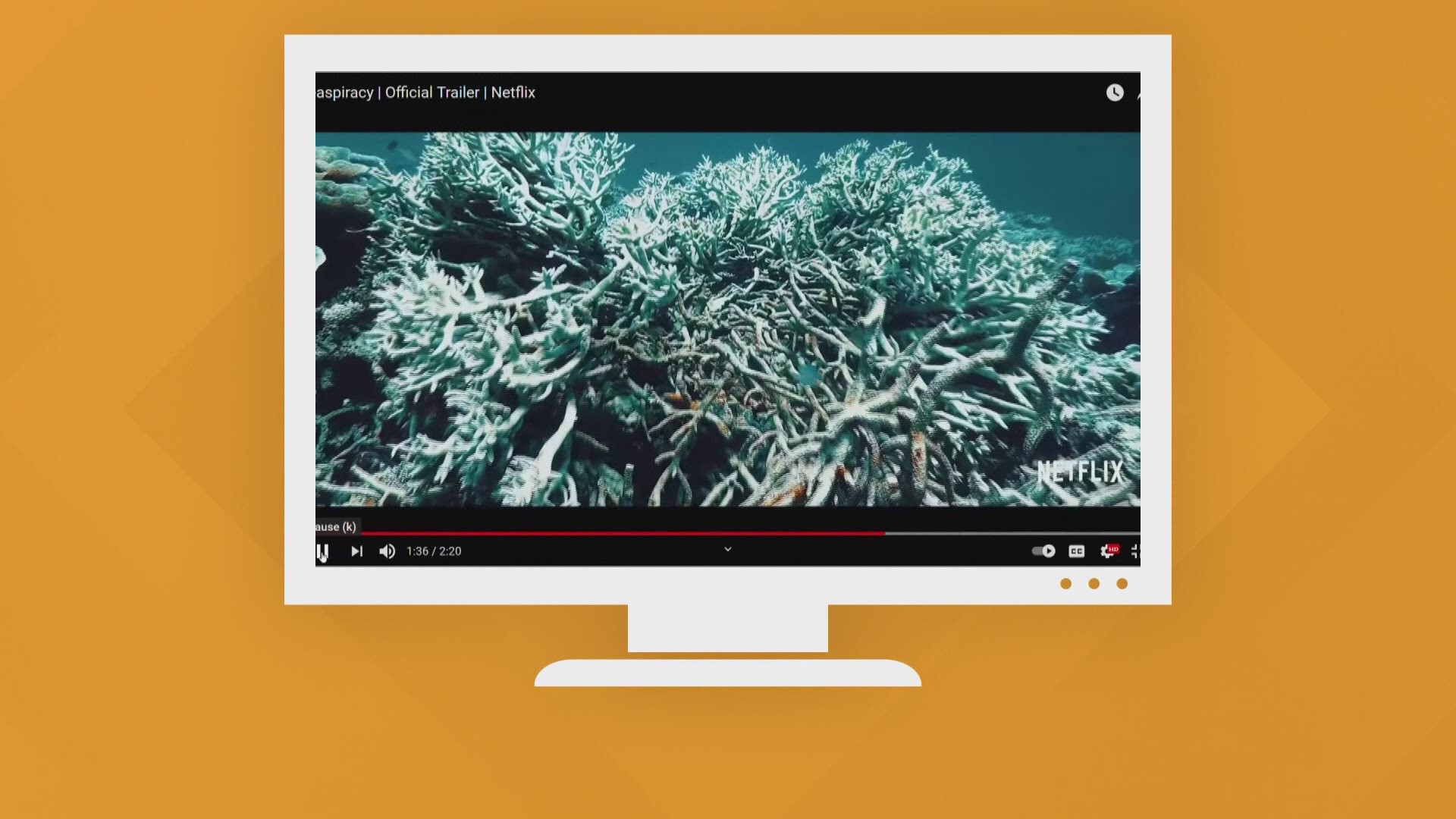 PORTLAND, Ore. — Earth Day is today, but this entire week on KGW News at Sunrise, we’ve been talking about ways we can all be more environmentally friendly, from stepping up our recycling game to donating to nonprofits that focus on sustainability.

Today, we turn our attention to something that covers 71% of the Earth.

That something is the ocean, which has actually grabbed a lot of headlines lately, thanks to a controversial documentary that debuted on Netflix just a few weeks ago.

"If you want to address climate change, the first thing you do is protect the ocean, and the solution to that is very simple: Leave it alone!"

That quote comes from the Netflix documentary Seaspiracy, one of the streaming services' most watched films over the past month. It dives into some of the big issues that plague our oceans, like plastic pollution and climate change.

But the No. 1 oceanic problem, according to Seaspiracy, is over-fishing, and the documentary claims the best way to combat that is for all of us to stop eating seafood.

RELATED: Recycling in Oregon: How it ranks compared to other states and what we can be doing better

Try selling that line of thinking to Lyf Gildersleeve, the owner and operator behind Portland's Flying Fish Company on East Burnside Street.

"They really portray that everyone needs to just stop eating fish," Lyf said. "That is certainly not going to be the answer."

When I asked him to give me an example of a sustainable commercial fishing success story, he quickly mentioned Bristol Bay Sockeye Salmon out of Alaska.

"They're one of the most sustainable fisheries in the whole world," Lyf said, "and the reason why is because there's about 10 million fish that get spawned in a lake around Bristol Bay region. They all spawn there, they go out to sea, they eat for a couple of years and then they work their way back up to spawn.

"They allow 5 million to make it back up to go spawn again and then they allow the harvest of the other 5 million. So they don't allow any harvest until 5 million have already made it up to produce the next year's little babies."

The team behind another Portland favorite, Bamboo Sushi, agrees with Lyf that sustainability in the seafood industry can be done and is being done.

Back in 2008, Bamboo Sushi became the world’s first certified sustainable sushi restaurant. They said the key to their sustainability efforts is transparency.

"There's a lot of great things about fish and eating seafood and people shouldn't be afraid of it," said Judiaann Woo, director of communications and brand strategy for Bamboo Sushi.

"For how we source and how we get our ingredients, we're going to do the best that we can and be as transparent as possible, so that people can make those decisions for themselves," Woo said.