Surgeons save bear after car nearly killed her in Kitsap County

A black bear was saved by a team of wildlife officials after she was hit by a car in Kitsap County last December. She will be released back to the wild this spring. 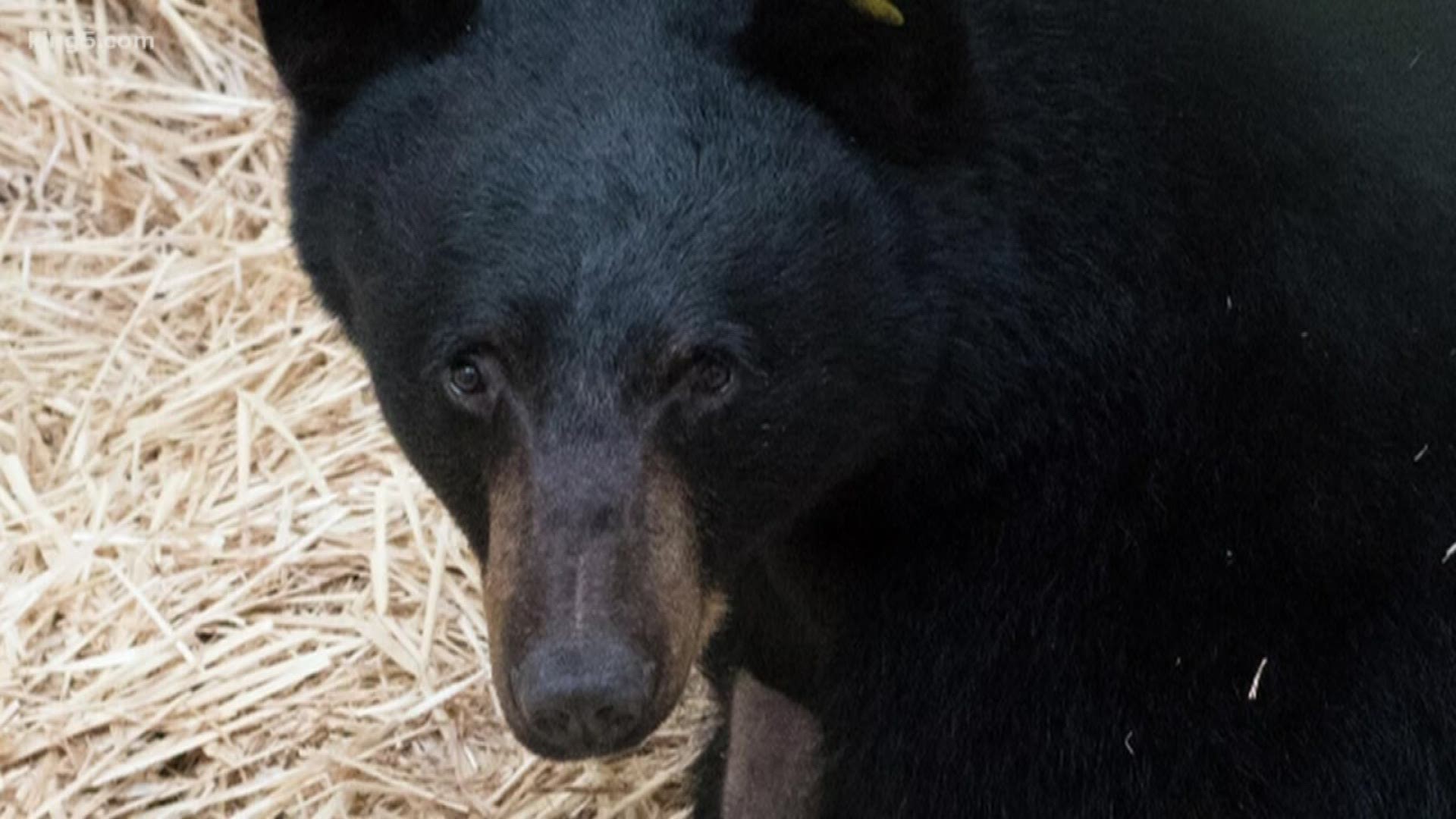 LYNNWOOD, Wash. — A black bear was hit by a car on the Kitsap Peninsula last December, but she went back into the woods after the crash. State wildlife officials set out to find her in an effort to save her life.

"That bear was going through a painful ordeal on its own out there in the woods and likely would have died an agonizing and long drawn out death if we had not intervened," said Washington Department of Fish and Wildlife Officer Nick Jorg.

Jorg was able to locate the bear thanks to his Karelian bear dog (KBD) partner, Colter. The KBD program was created for situations exactly like this one, to give bears a better chance at surviving encounters with humans.

The bear was limping but otherwise looked healthy. She was taken to PAWS Wildlife Care Center in Lynnwood, where a special team of doctors was called in and confirmed suspicions.

"So this is the right side of her pelvis here. This is her right hip joint. That's normal. Over here is her left side where she has the fracture," explained Veterinary Specialty Center Radiologist Dr. Tori McKlveen.

The bear would need surgery.

She was taken to the Woodland Park Zoo which is accustomed to patients of her size. She was even transported in their special wildlife ambulance.

"This bear was in a facility that can handle upwards to a 450-pound silverback gorilla. We felt confident that we could handle this patient," said Woodland Park Zoo Director of Animal Health Programs Dr. Darin Collins.

Still, doctors needed to make sure they could fix her broken pelvis in a way that would allow her to give birth someday.

"It was quite difficult because the fracture was about a week and a half old. When that happens, the body tries to heal the fracture with scar tissue so it took a few of my technicians pulling her leg with all their might," explained Veterinary Specialty Center surgeon Mark Garneau.

Amazingly, the bear pulled through quickly.

"She actually was up and walking the night after surgery. I came in the next morning and reviewed all the footage around 1 a.m. and she was walking and placing some weight on that foot," said PAWS Veterinarian Dr. Nicki Rosenhagen.

Because she was found on Pearl Harbor Remembrance Day, wildlife officials named her "Pearl."

She will likely be released back to the wild sometime this spring.

"It thrilling to see an animal that you know is going to be able to go back to the wild and live the life of a bear," Dr. McKlveen said.