The Suquamish Tribe said the U.S. Navy has failed to stop a total of 330,000 gallons of raw sewage from flowing into Puget Sound. 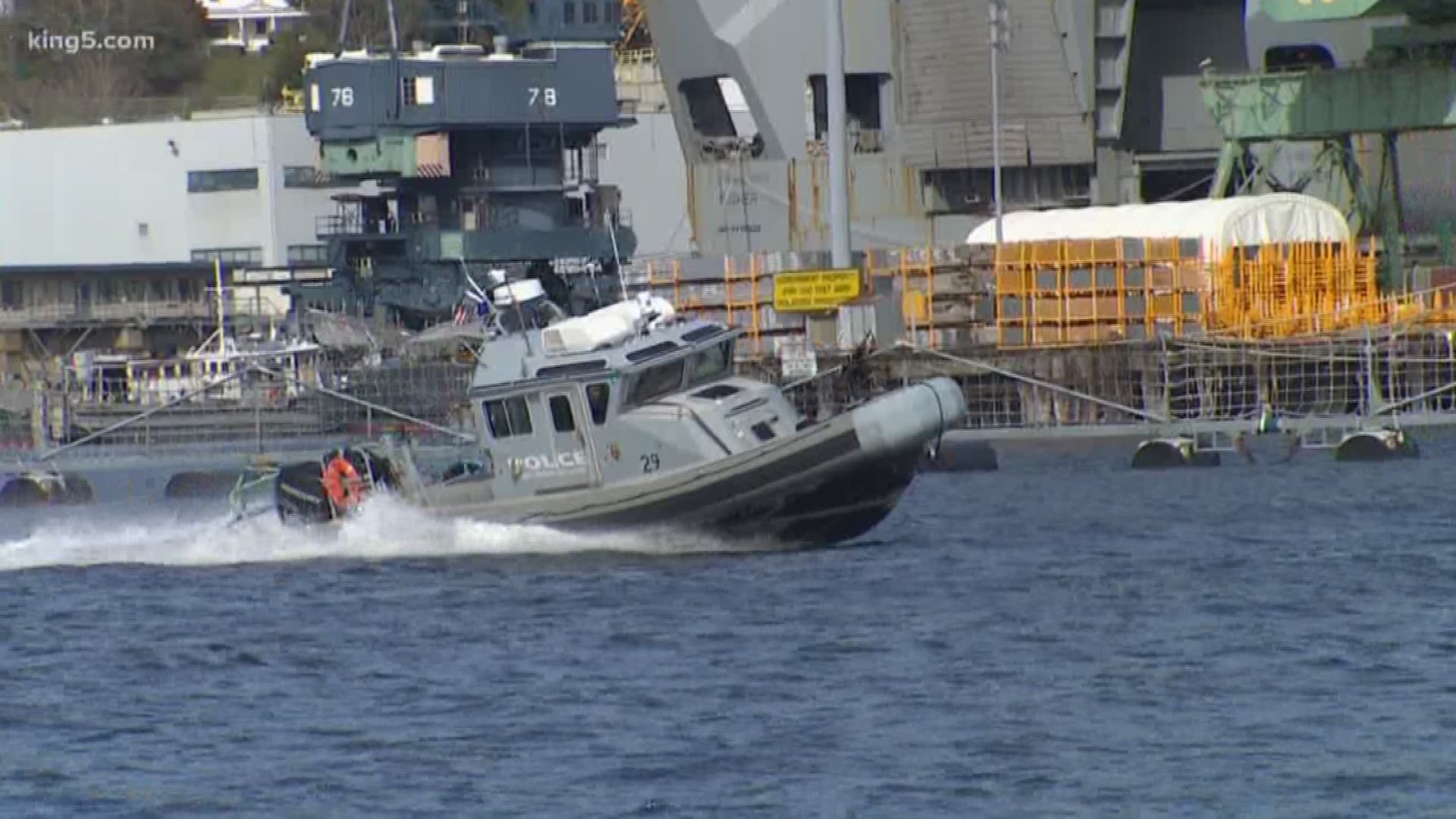 The Suquamish Tribe is threatening legal action against the U.S. Navy, accusing it of polluting Puget Sound with raw sewage.

Suquamish Tribal Council Chair Leonard Forsman said his staff had documented seven major spills from Navy facilities in the past 16 months. Most of the spills happened at the Puget Sound Naval Shipyard in Bremerton.

"Accidents happen, but there is a pattern now," said Forsman.

The last spill happened in early March when 4,000 gallons of sewage spilled into Sinclair Inlet at Dry Dock 6.

"This needs to become a priority for the Navy because they are right on our ancestral waters,” said Forsman. “They've been there since 1891. We've been there for thousands of years.”

A total of 330,000 gallons of sewage have been spilled since early 2018, according to the tribe. The spills are causing environmental and economic concerns.

One documented spill near the Keyport Naval Undersea Warfare Center forced a recall of shellfish from Suquamish Seafood, which is a lucrative business of the tribe.

The complaints are separate from another legal filing against the Navy. A lawsuit filed in 2017 claims shipyard work resulted in a hazardous chemical spill that polluted Puget Sound. Washington state Attorney General Bob Ferguson filed a notion to join that lawsuit last week.

The Navy said it is aware of the complaint and discussions are “taking place at the highest levels within the local Navy community.”

“We understand the concerns of the local community and our tribal partners. We're committed to being good stewards of the environment and that has never changed in our nearly 130 years in the Pacific Northwest. We're currently working toward mandating new short- and long-term procedures to limit the possibilities of spills in the future,” a spokesperson for Naval Base Kitsap told KING 5.

However, Forsman said the tribe is growing impatient and is preparing to take on the Navy again.

"We're looking at legal action to encourage the Navy to make this a priority,” Forsman said.