A bioswale under the Aurora Bridge has already cleaned up thousands of gallons of runoff from the bridge and now there are plans to create two more. 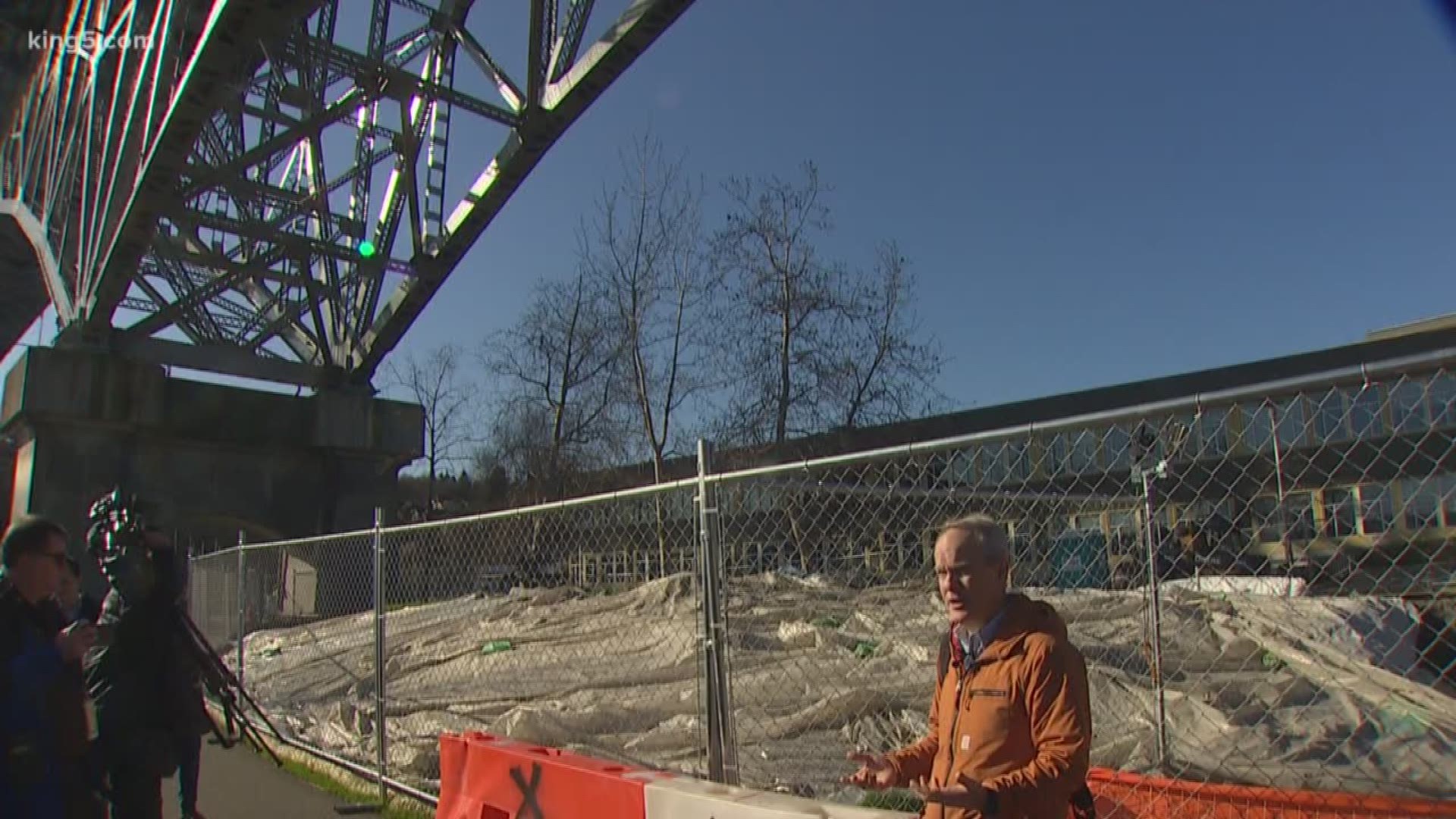 SEATTLE — Environmentalists are celebrating the expansion of an ongoing project designed to clean up stormwater entering western Washington's waterways.

Developer Mark Grey said the seeds of the idea were born almost a decade ago when he noticed an oil sheen on the water near his office near Gasworks Park and rushed to try and clean it up.

“Came to find out it was just stormwater coming off the road,” he said.

That kept runoff on his mind while working on two construction projects under the Aurora Bridge. In 2017, with the first building, they opened a new rain garden, or bioswale, under the bridge.

Bioswales are stormwater runoff conveyance systems that provide an alternative to storm sewers.

Dark runoff from the road's surface, about 200,000 gallons a year that used to head right into Lake Union, now funnels down and passes through a series of compartments of soil and plants, naturally filtering along the way.

“The water coming out of that spout looks like a dark cup of coffee with no cream in it,” said Grey talking about the water before it's filtered.

Grey’s company, Stephen Grey and Associates, paid for the first two but the third is funded in a public/private partnership and includes $500,000 in funding from the legislature.

"I'm part of the problem in that we're constructing new buildings in Seattle, but I also want to be part of the solution," Grey said.

Another $1 million from the state has been set aside for a similar effort on the I-5 Ship Canal bridge.

Chris Hilton, with The Nature Conservancy, said reducing contaminated runoff into waterways is a win for salmon and the orcas that eat them.

“That’s part of why it’s exciting, we have this opportunity to use the natural value of nature, the dirt, plants and soil to clean this very human problem that improves habitat for salmon, orca and ourselves,” she said.