In 2009, the Department of Natural Resources pulled 100 tons of creosote-coated pilings from the area. But the tide has carried more in. 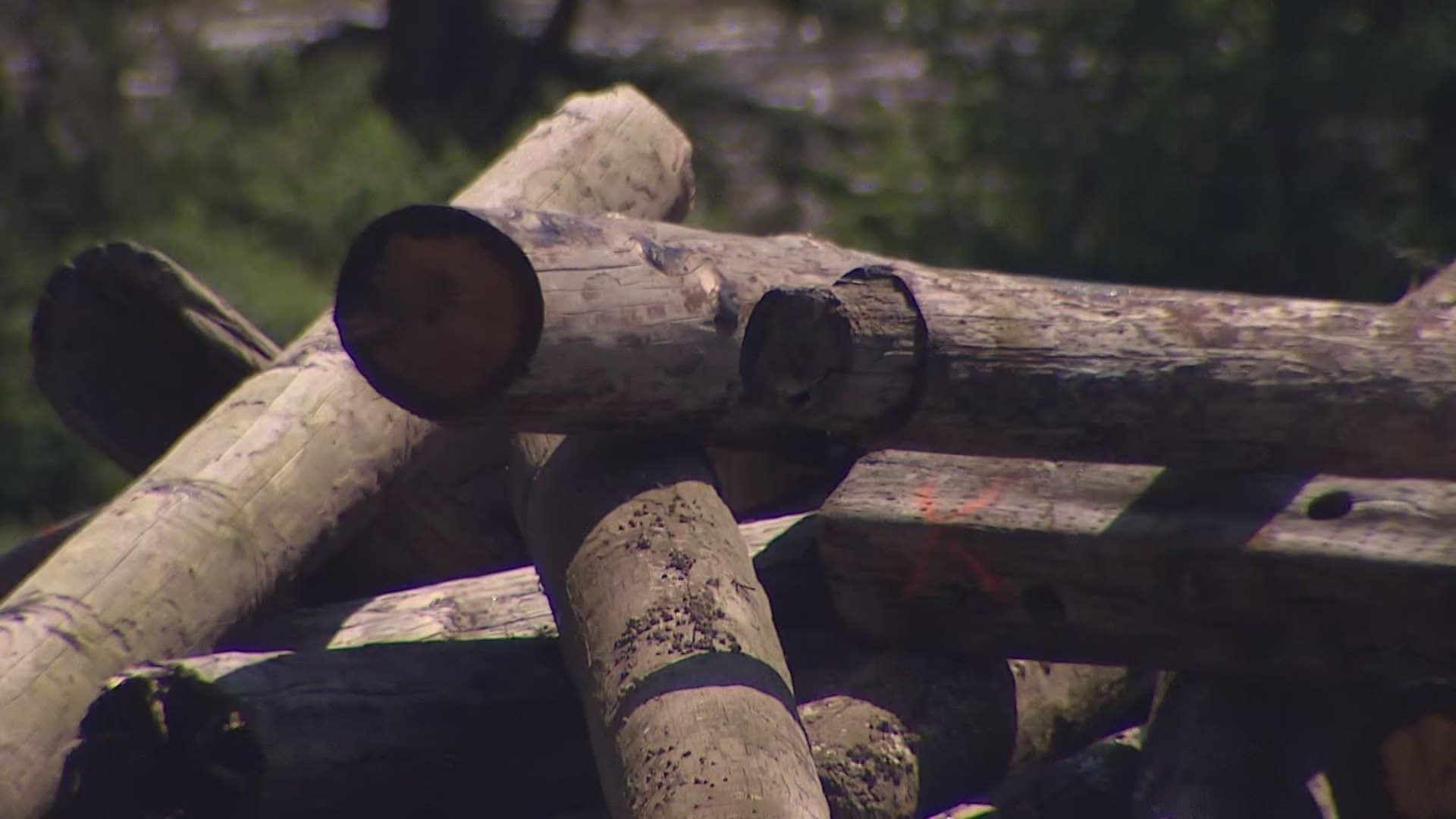 CAMANO ISLAND, Wash. — A relic of the past is causing problems on Camano Island, again.

In 2009, the Department of Natural Resources (DNR) pulled 100 tons of creosote-coated pilings from the area. But the tide has carried more into Elger Bay.

"Unfortunately, the way this stuff collects, it's time to come back through and do it again," said Chris Robertson, Aquatic Restoration manager for DNR's Aquatics Division.

Creosote was used for more than a century to protect wood pilings in the salt water of Puget Sound. The coated pilings were used on anything from canneries to piers and ferry terminals.

"That infrastructure has broken down over time. And so those pilings are breaking off, and they're getting into the aquatic environment and ending up along our shorelines in very large amounts," Robertson said.

Creosote contains hundreds and sometimes thousands of chemicals, including known carcinogens. Crews work year-round to remove pilings by hand when possible, but in fragile areas where machinery would damage the landscape, sometimes a helicopter becomes necessary. That's the case on the Camano Island site.

"It'll get dropped up in the cow pasture up there, and then trucked off to the landfill for disposal," Robertson said.

It's unknown how many pilings have broken loose and are now floating around Puget Sound. But since 2003, the DNR has removed more than 54 million pounds. That work continues in an effort to protect the environment and DNR encourages new development to avoid using creosote.

"They end up in a lot of our forage fish. Juvenile salmon use utilize places like this for rearing. And that chemical gets into the food chain and through the effects of bio-accumulation makes its way all the way up into into our whales," Robertson said.

To report marine debris for removal, use the Washington "My Coast" app, available here.