New research is giving scientists insight into how the endangered Southern Resident Killer Whales hunt for salmon, and that information may help humans save the whales from extinction. 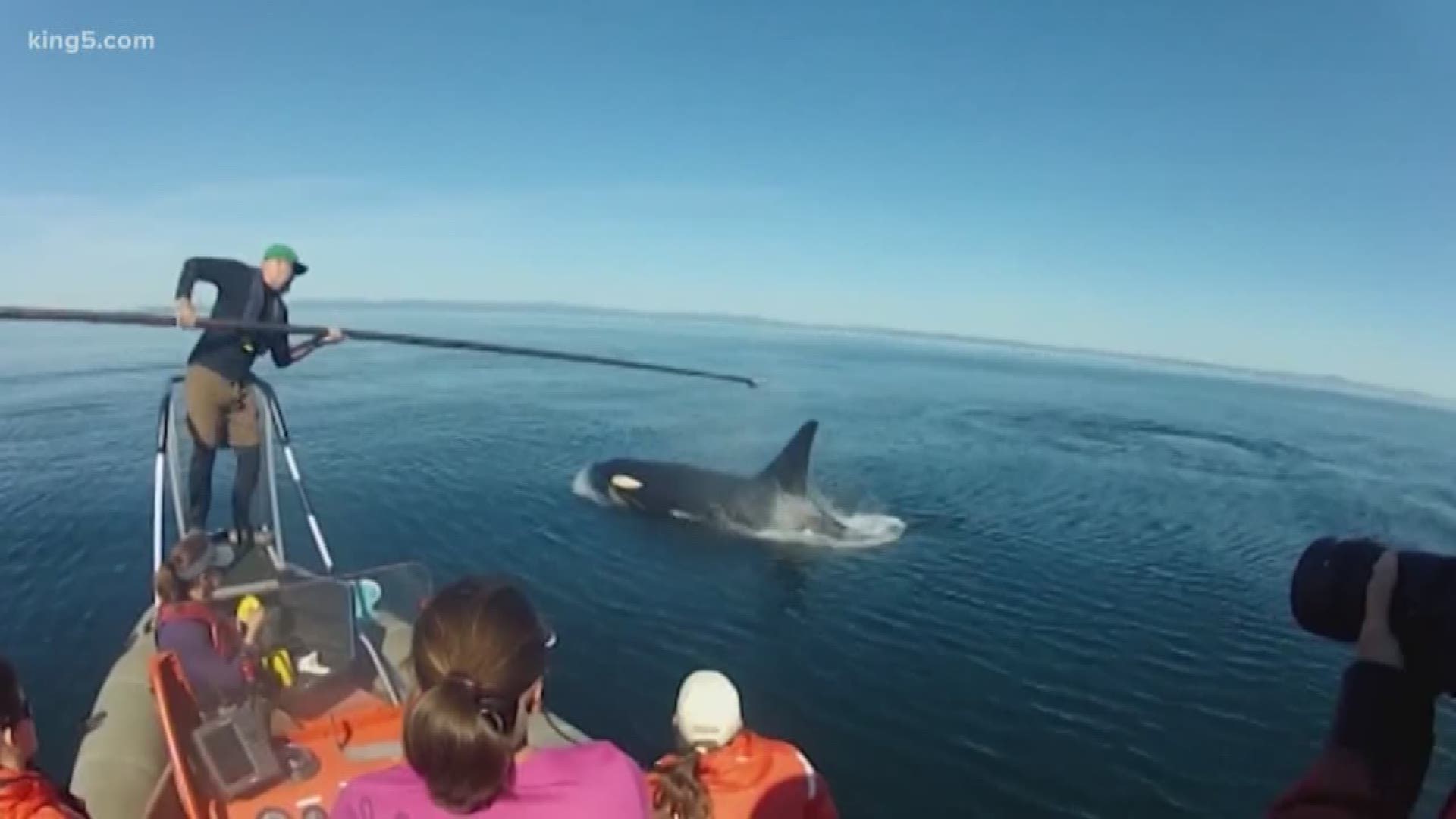 Scientists have learned a lot about how Southern Resident Orcas catch fish at the surface during the day, but what happens at night or deep down in Puget Sound has remained a mystery.

"We wanted to know how they catch fish underwater. They go on these deep dives to find salmon that are 100 to 600 feet underwater," explained Jennifer Tennessen, a NOAA Researcher and contractor with Lynker.

Tennessen led recent research using tags that record behavior and are attached to the orcas using suction cups. The scientists linked the behavior recordings with sounds the whales are known to make when they catch a fish, like buzzing followed by tearing and crunching sounds.

"This would be kind of like if you were to stick a tag on a football player. If you weren't watching the game, you could probably figure out whether or not the football player dropped the ball based on the movement patterns," Tennessen explained. "We noticed that they tend to roll on their sides. They accelerate and decelerate quite often. They swim in a really non-directional pattern. So that combination of movements is how we were able to determine that fish were captured. So, then we looked for those movements across all of the dives that we had in our data set. Every time those movements occurred, we knew that a fish been captured."

The Southern Resident Killer Whales are at historic lows with just 75 left alive in the wild. Food is a significant problem, as the whales mostly eat salmon and their favorite food, Chinook salmon, is also disappearing.

Scientists found that males hunt more often than females and also do the majority of salmon catching. They may also be sharing what they catch, so scientists aren't sure males eat more than females.

They were also able to see when the orcas hunted but came up empty.

"There are several deep dives that don't appear to be successful fish captures," said Tennessen.

That's the next step for the research. Now that the scientists know how the whales hunt, they want to find out how humans might be interfering, especially with boat noise.