The Skagit River Valley has lost more than 50 percent of its floodplains and Chinook salmon runs are just 10 percent of what they once were. It is on rivers like the Skagit where scientists are trying to figure out a balance: produce food for hungry humans and for hungry whales. 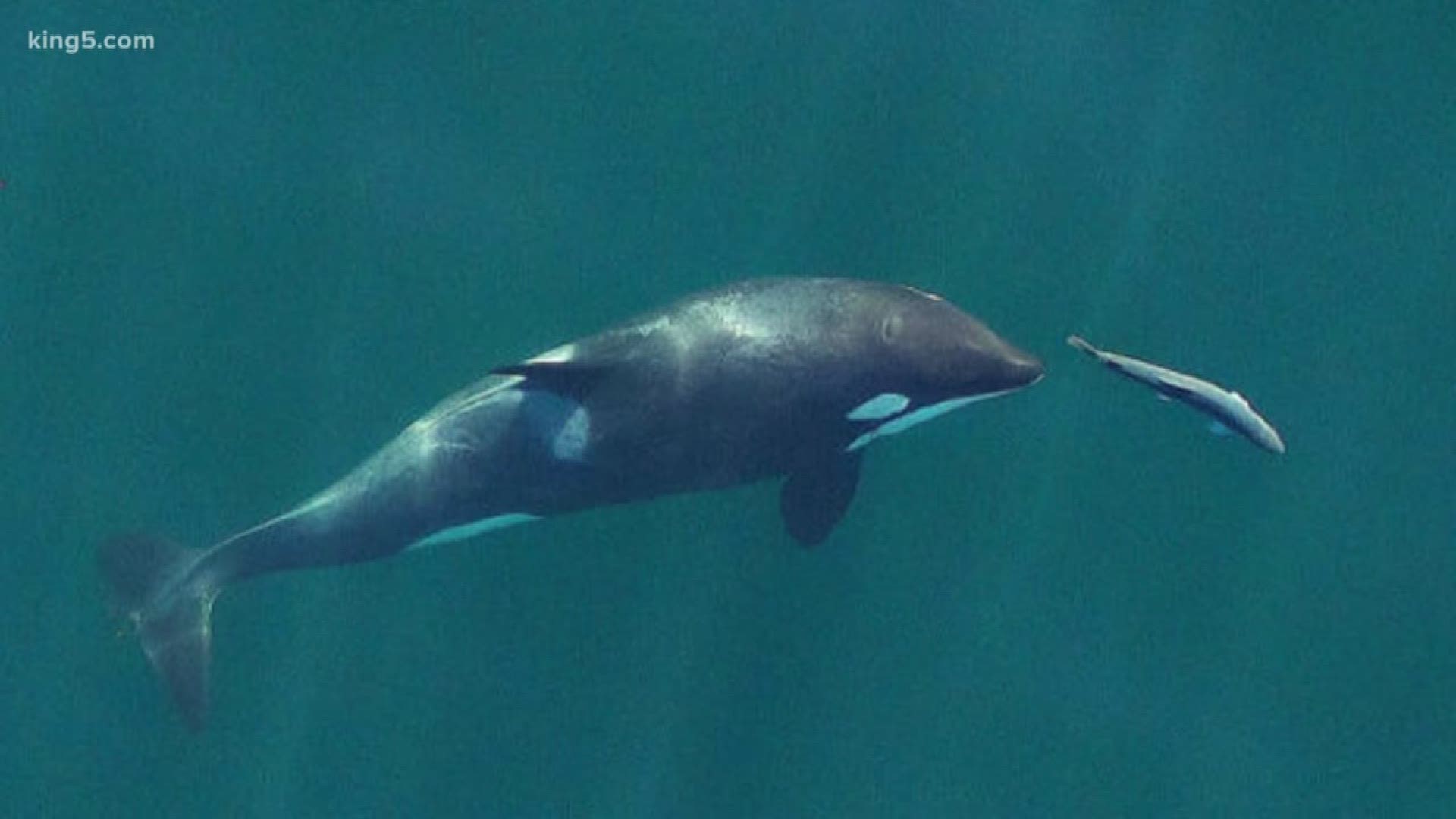 The Skagit River is one of Puget Sound's most important rivers for Chinook salmon and the killer whales who depend on them.

"We operate from January through mid-July to catch juvenile salmon as they are migrating towards Puget sound," said Washington Department of Fish and Wildlife biologist Clayton Kinsel.

Those salmon are dwindling like the whales who depend on them, and the fish trap is helping scientists figure out how to stop that.

"It tells us how many fish are coming down stream to Puget Sound. It's a tool that we use to set fisheries, to manage fisheries to inform habitat restoration," Kinsel said.

"Habitat restoration" is the buzz phrase when it comes to Chinook salmon recovery, especially on the Skagit River, where dikes and levees have cut off side streams that are important for young salmon trying to grow bigger and stronger for their journey to the ocean.

"These are places where the river used to flow many years ago. They are now cut off. In particular, the levee right along the Skagit River, it's cutting water access off to all those side channels," said NOAA's Northwest Fisheries Science Center research biologist Correigh Greene. "As a result, those places are inaccessible to juvenile salmon moving down the river."

Instead of a well-manicured river with a road right next to it, Greene says young salmon need slower water with more food to survive.

"As you look downstream, you can see a big pile of wood. Those areas provide safe places for salmon to rear. Then we have this other little pond. That's another place for salmon to duck in," he said. "These are like little hotel rooms to provide temporary residence for fish."

The land is what Greene and other scientists call a freshwater floodplain. It's important for young salmon, but it also makes for great agricultural land and scenic riverfront properties.

Over the years, people have built structures to keep the river from flooding, which has made the area more hospitable to humans but less so for salmon.

The Skagit River Valley has lost more than 50 percent of its floodplains and Chinook salmon runs are just 10 percent of what they once were.

"Pretty large wild population, the largest in Puget Sound. Nevertheless, you've got less habitat for rearing salmon to use as they're bulking up. As a consequence, they compete with each other. That lost habitat means lost production of adults down the line," Greene said.

"It's going to take a long time to feel the effects of recovery. So there are some short-term solutions that people can take. There's going to be longer-term ones. If we want to have a population of salmon to feed the those orders, we need to think about the long-term as well as the short-term. The long-term solutions really are about habitat," Greene said.

Join us on April 24, April 30 and May 8 from 7:30 – 8:30 p.m. for live expert panels discussing themes central to the livelihood of Southern Residents. Visit the KING 5 Facebook page or YouTube channel to ask questions and make comments directly to those on the front lines of recovery. Click here to learn more about our “Saving the Orcas” series.