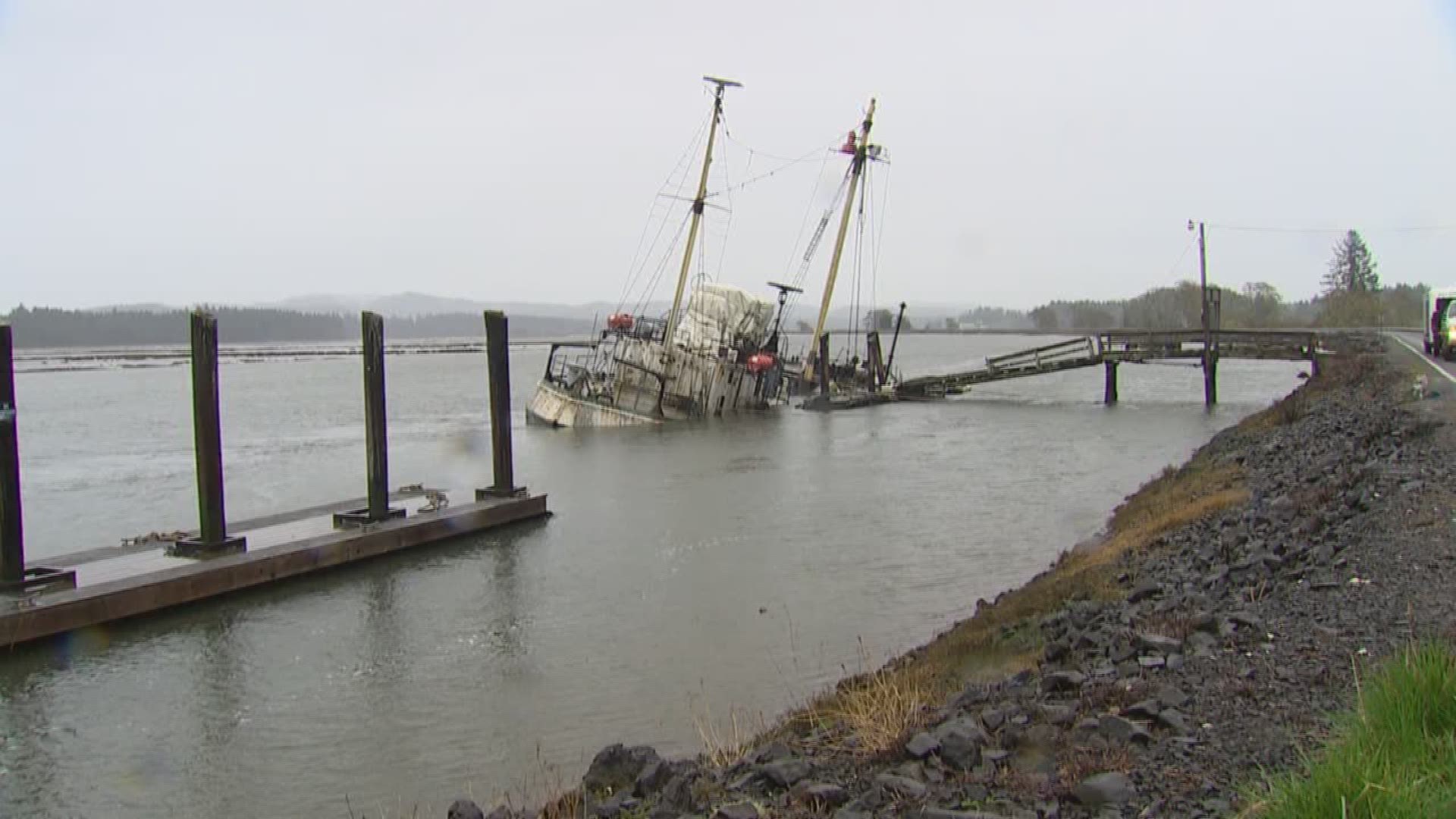 A sheen, which the Department of Ecology said is likely oil and diesel, could be seen coming from the M/V Hero, which began sinking Saturday at its dock on Willapa Bay.

What caused the sinking is not known.

The priority for the state, and those in the shellfish industry, was to stop the leak.

Hall said his crews will stop harvesting oysters until the bay is clean again.

“We’re going to have to do some testing on our products just to see if they’ve ingested any of this and how well they clean out,” said Hall. 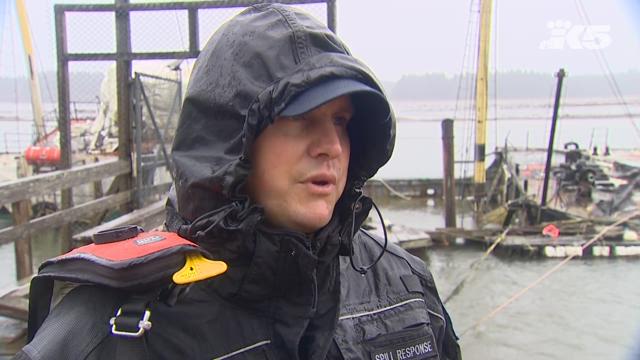 The Department of Ecology boarded the boat Tuesday afternoon to identify the source of the leak.

Department of Ecology spokesperson Shawn Zaniewski says the owners of the boat could face fines.

“Right now our concern is getting this taken care of, to get it to stop so that the shellfish folks can get running,” said Zaniewski.

Global Diving and Salvage responded to the site on Tuesday, removing more than 70 gallons of diesel fuel and lube oil from the vessel. 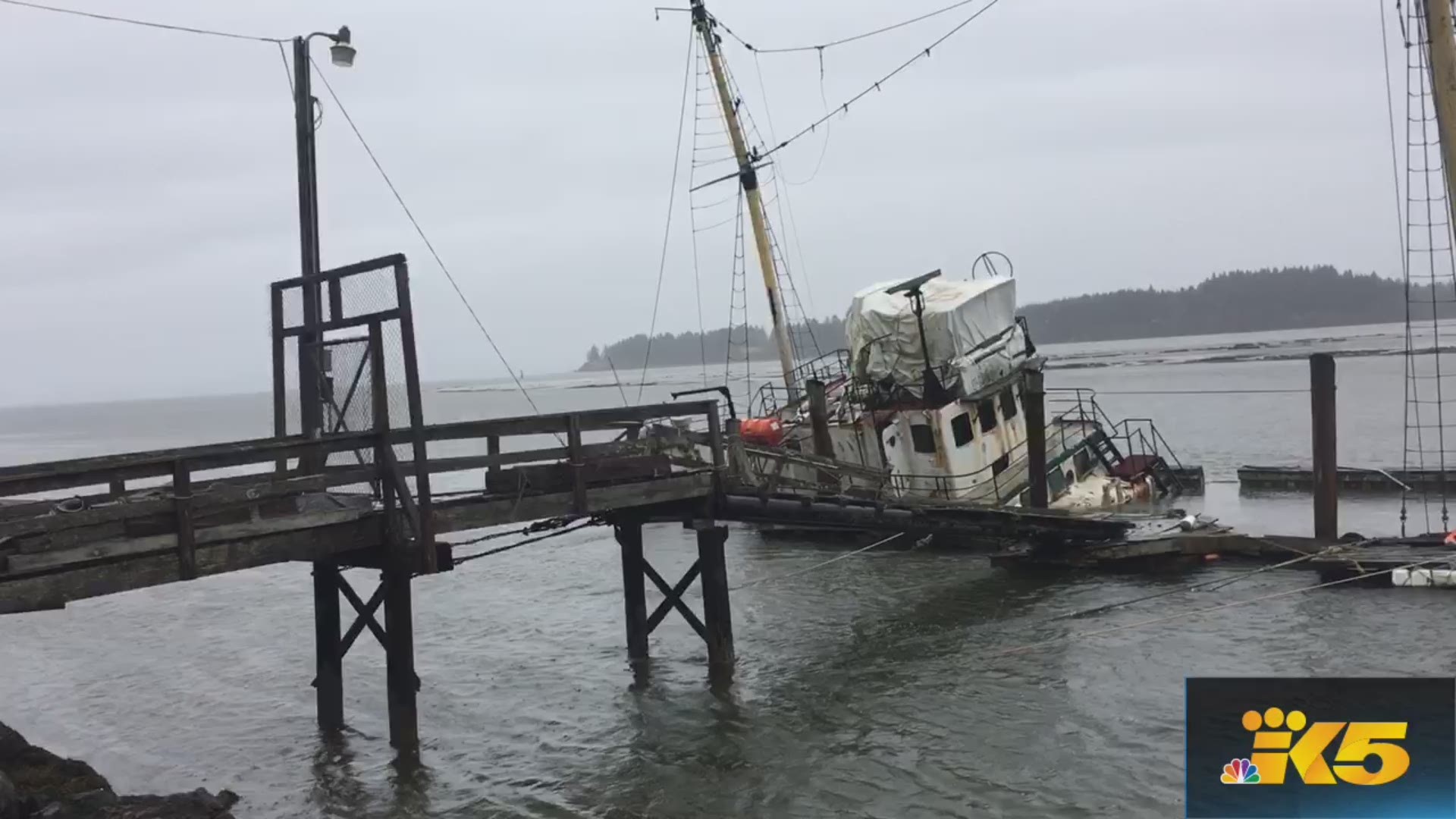