Eagle numbers have quadrupled in the last decade, raising the potential for harmful encounters with people. 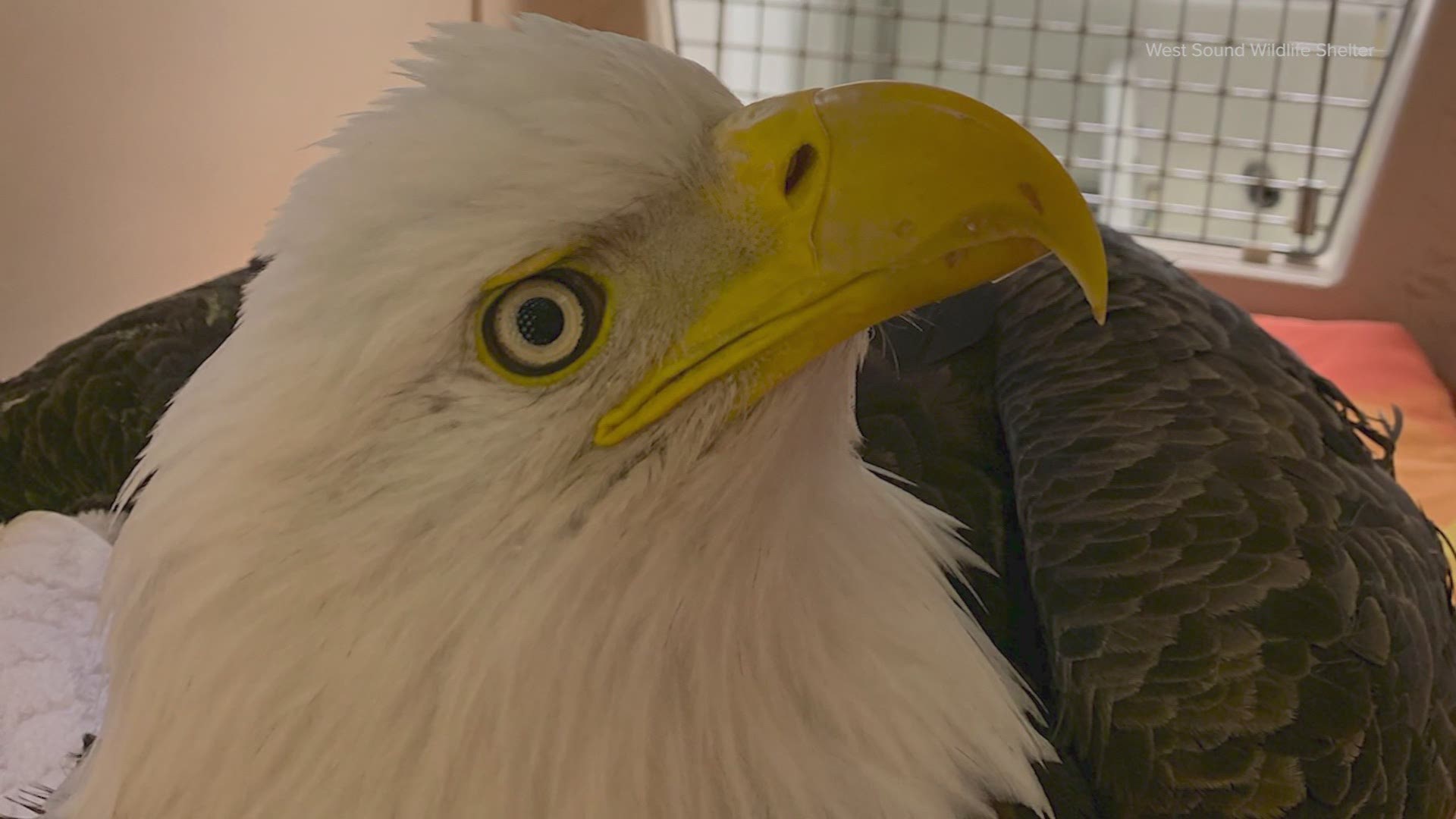 Bald eagle populations are rebounding, according to a new report, though several raptors have fallen on tough times around Puget Sound lately.

On Monday, a Washington State Patrol trooper recovered an injured bald eagle on SR 16 near Port Orchard after it was struck by a car. The eagle was taken to West Sound Wildlife Shelter on Bainbridge Island, where he’s still in rough shape, called “guarded” condition.

“We’re not super sure how it’s going to turn out, but it’s not looking so good for the guy,” said Fawn Harris, hospital manager and education coordinator. “But at least he’s comfortable, not out there suffering, and we’ll do our very best to make the best decisions for the most humane care of the patient.”

That wasn't the only hurt eagle incident this week. On Sunday, an injured bald eagle was recovered by a WSP trooper on I-5 in Seattle, and taken to PAWS Wildlife Center in Lynnwood. Unfortunately, the eagle did not survive, PAWS said.

At the end of February, another bald eagle was found sitting on the grass near Alki Beach in West Seattle and taken to PAWS. That eagle recovered, and was released by the rescue successfully in mid-March.

“She has been spotted in West Seattle multiple times since release,” said PAWS wildlife naturalist Jeff Brown. “She was banded with a visual identification band that is easier to read with binoculars. We rely on observation from the public to keep track of banded birds."

He asks anyone who spots a banded eagle or raptor to report it on reportband.gov.

PAWS said it cared for 28 injured eagles last year, the most in many years. It’s unclear why that’s increasing, the rescue said. West Sound Wildlife Shelter said it sees about 20-30 bald eagles a year.

“And a majority of those cases are animals that are struck by cars and involved in some type of collision,” Harris said.

Bald eagles have staged a remarkable comeback in the U.S., where the nation’s symbolic bird came dangerously close to extinction.

In 1963, before Endangered Species Act protections and the ban of the pesticide DDT, known nesting pairs of bald eagles plummeted to just 417.

On Wednesday, U.S. Fish and Wildlife Service released a report on bald eagles, which found 316,700 individual bald eagles in the lower 48 states, and within that, 71,400 nesting pairs. That marks a 4.4 times increase from 2009, the agency said.

“Today’s announcement is truly a historic conservation success story. Announcements like ours today give me hope. I believe that we have the opportunity of a lifetime to protect our environment and our way of life for generations to come. But we will only accomplish great things if we work together,” said U.S. Secretary of the Interior Deb Haaland in a release.

Bald eagles were removed from the endangered species list in 2007, and the monitoring plan was approved in 2009. They are still protected under federal law by the Bald and Golden Eagle Protection Act and the Migratory Bird Treaty Act.

Some estimates put 100,000 nesting pairs in the U.S. in 1782, when it was adopted as the national symbol. Bald eagles thrive in Washington and are a relatively common sight in trees above waterways and fishing.

But even as the population recovers, Harris said these recent Washington incidents are a reminder to keep a close eye out for the iconic birds. She asks drivers to be mindful because bald eagles are opportunistic scavengers, and will eat roadkill that puts them in harm's way. She also asks people to be mindful of trash thrown on roadways (don’t litter anyway, though) and think: if it will attract small rodents, that will draw raptors.

“I think that the biggest human impact on bald eagles right now is really just being mindful that they are in the area, and their populations are rebounding and we have to coexist with these animals,” she said. “And one of the things we can do to help them is be mindful of our waste.”

If you come across an injured eagle, Washington Fish and Wildlife asks you to contact a certified rehabilitator (instructions here) or reach out to these wildlife agencies.

If you discover a dead eagle, call the U.S Fish and Wildlife Service office in Redmond (425-883-8122) as soon as possible. Additional instructions are available here. 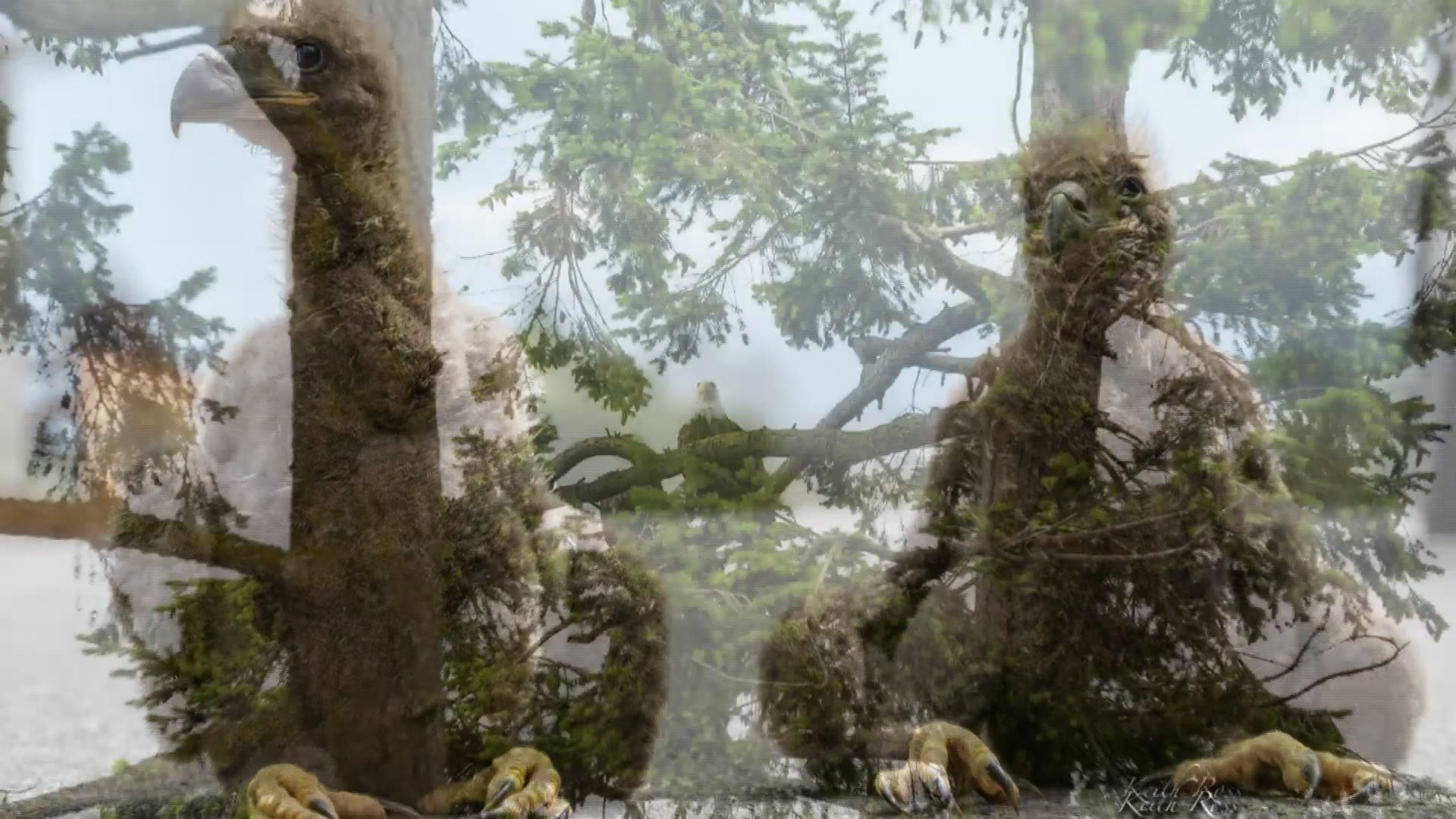