Seattle's sunset will occur before 5 p.m. until January 27

The sunset in Seattle will occur before 5 p.m. until the end of January. 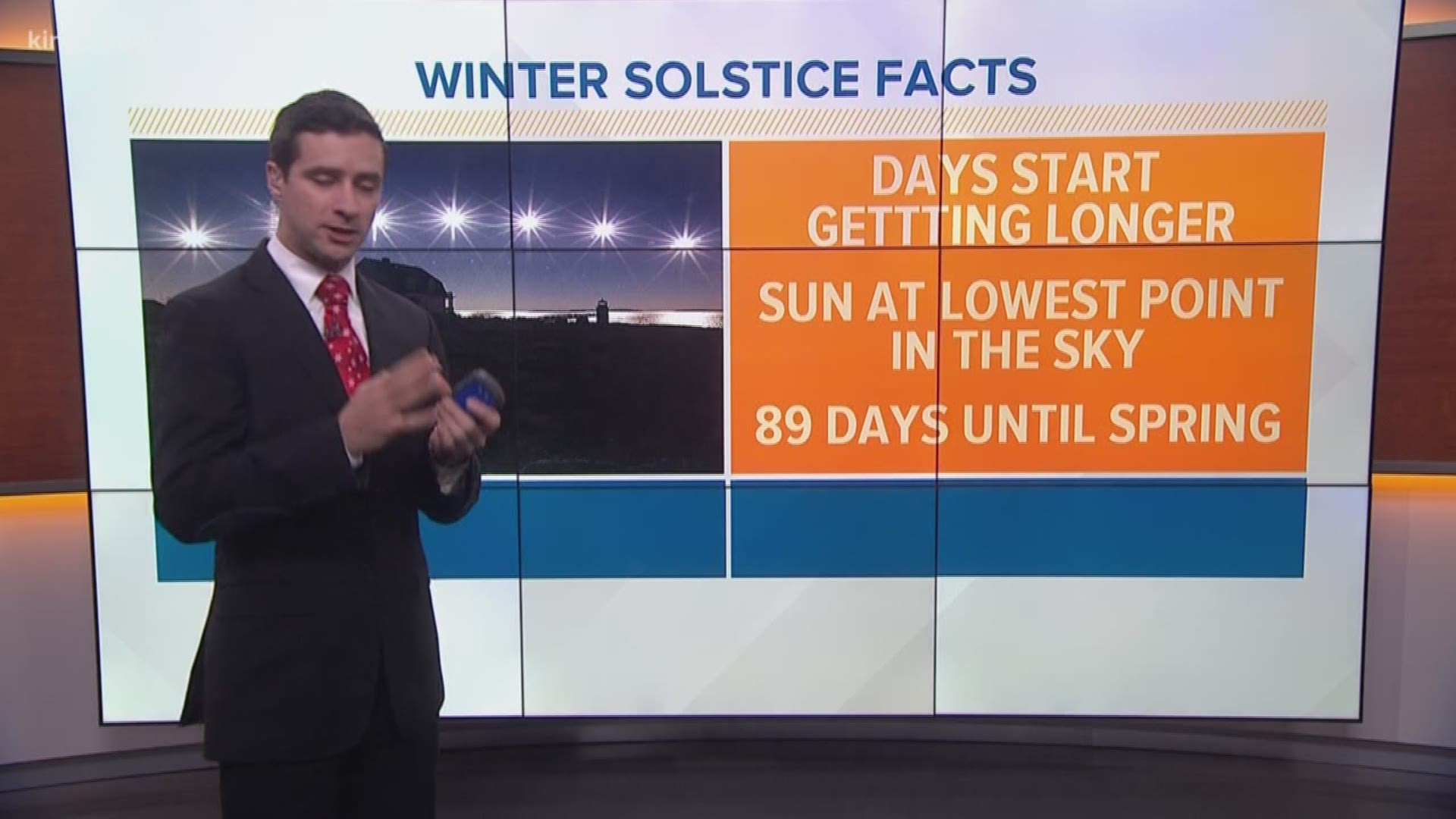 SEATTLE — It won't be until late January when we see the sun set past 5 p.m.

Washington eliminate standard time unless Congress gives approval. Federal law allows states to opt out of Daylight Saving Time, but it doesn’t allow states to do the opposite. Hawaii and Arizona both operate on standard time year-round.