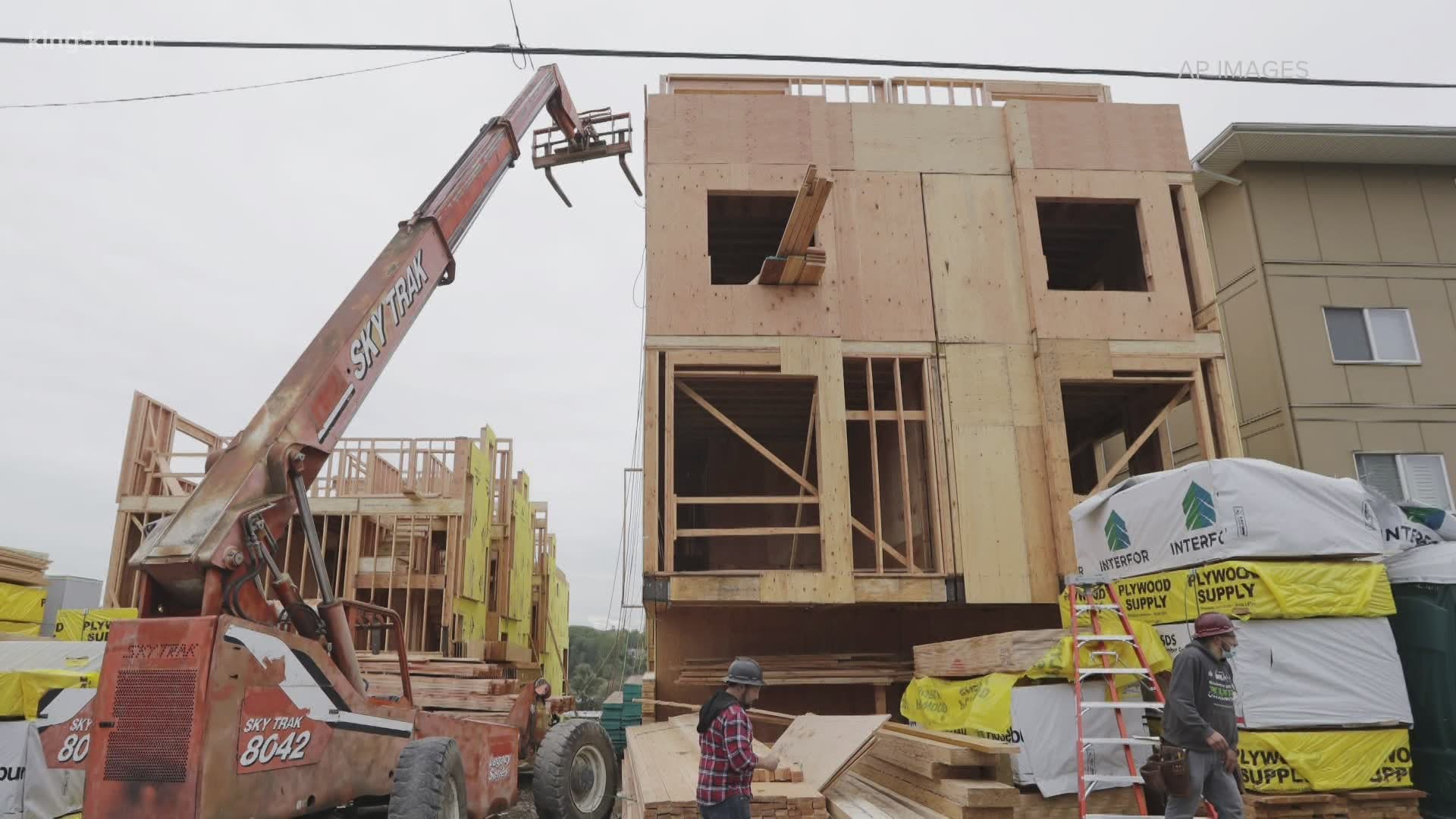 SEATTLE — Seattle Mayor Jenny Durkan has signed legislation that will ban natural gas heating for some new buildings in the city in an effort to reduce greenhouse gas emissions from the buildings sector.

"We must end our reliance on fossil fuels," said Durkan during the announcement on Monday. "Without collective action, our city's greenhouse gas emissions will only continue to rise."

The legislation updates the city's energy code to require all new commercial buildings, large multifamily buildings above three stories, and hotels to use clean electricity for space and water heating, and maximize building efficiency and on-site renewables like solar, according to a statement from Durkan's office.

"Building energy use is responsible for more than one-third of Seattle’s overall greenhouse gas emissions, with 86% of these building sector emissions resulting directly from fracked gas," said the statement from Durkan's office.

Without the code changes, officials said they expect Seattle's greenhouse gas emissions from buildings would be up to 10% higher by the year 2050.

The changes will go into effect on March 15. The updates do not apply to single family homes or low-rise multifamily homes, as the state prohibits city amendments to the residential energy code.

The changes to the buildings sector are part of an ongoing effort to reduce greenhouse gas emissions within the city of Seattle by eliminating heating oil use by 2028.