The Sealife Response Rehab and Research team started constructing the facility before the pandemic shutdowns began, now they're just about ready to see patients. 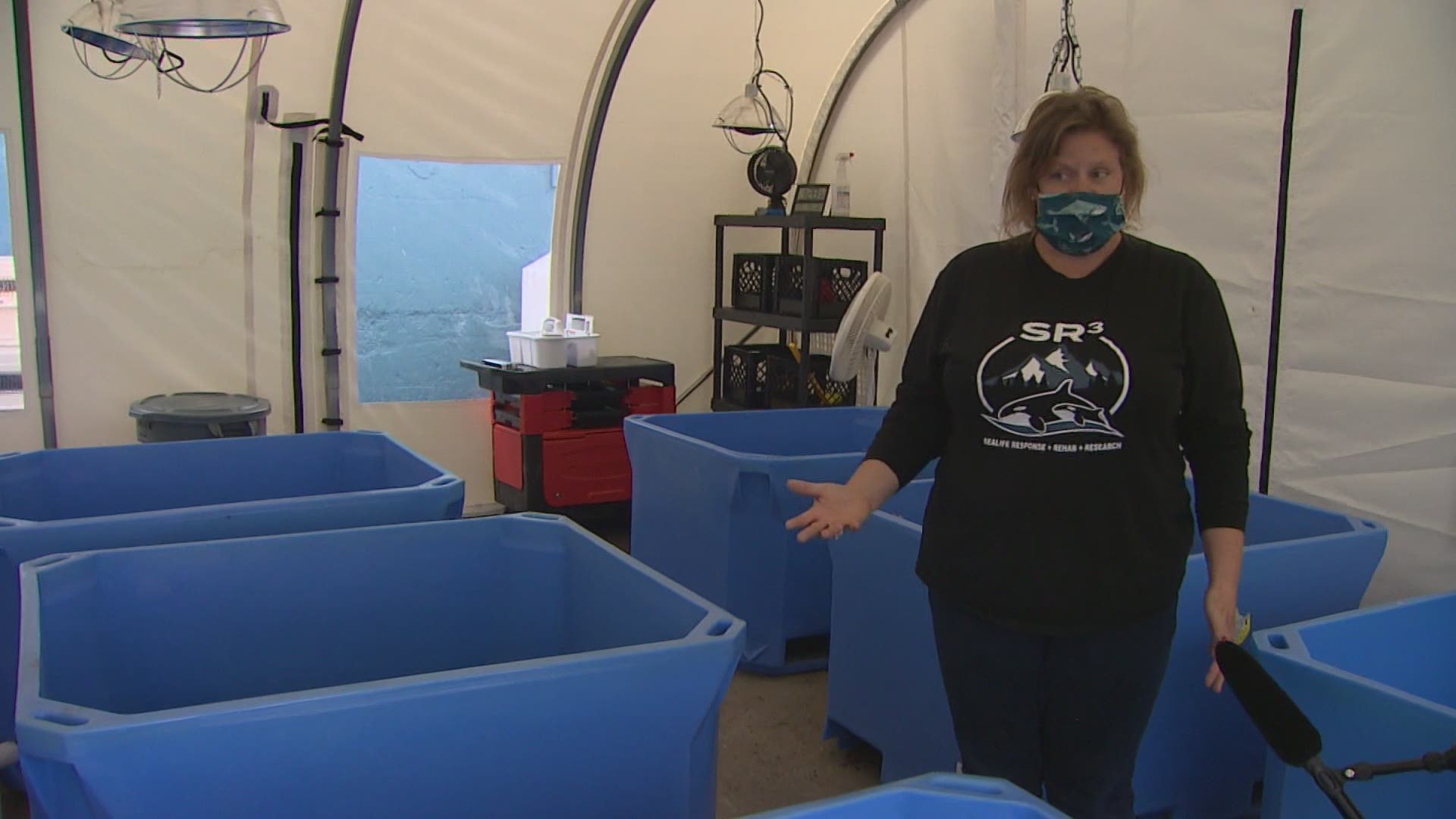 SR3 started construction on the facility just before the pandemic shutdowns began. With the grand opening Thursday to mark Earth Day, they expect to take in their first patients in the coming weeks, once federal permits are finalized.

The new Sealife Rescue Center is on the Des Moines waterfront, with outdoor tanks to accommodate various animals, and a medical suite inside for surgeries and x-rays.

"There was very limited resources before the opening of this facility," said Casey Mclean, SR3's executive director and veterinary nurse. "And we’re here to provide options for patients that had no options before."

SR3 believes this to be the first dedicated facility of its kind in the Northwest, and hopes to expand on the existing capabilities of general wildlife rescues.

The various features of the facility will also allow them to keep animals for longer stays, until they are fully prepared to survive on their own in the wild. SR3 has long provided care for injured animals in the field, but that can only go so far.

"If you have a broken bone or something like that, if you were told, OK, we’re just going to come to your house and we’ll fix it for you quick, and that’s all you get and you can never come back, that’s going to obviously be a pretty different outcome vs. if you are able to go into the hospital and get a full treatment or whatever might be needed for multiple days," said SR3 veterinarian Greg Frankfurter.

Mclean said she's excited get to work in the new space.

"I think that’s the most exciting thing is that for so long, there have been some animals that have been impacted by human causes that have not had the resources or the space to be able to help them," she said. "And now we will. So I think that’s a huge step forward for the entire region."

If you encounter an injured creature, contact the Marine Mammal Stranding Network by clicking here.