Scientists hope to build an online database of which Puget Sound-area waterways are potentially hazardous to coho salmon. They can then target key areas and install rain gardens to treat toxins in the water. 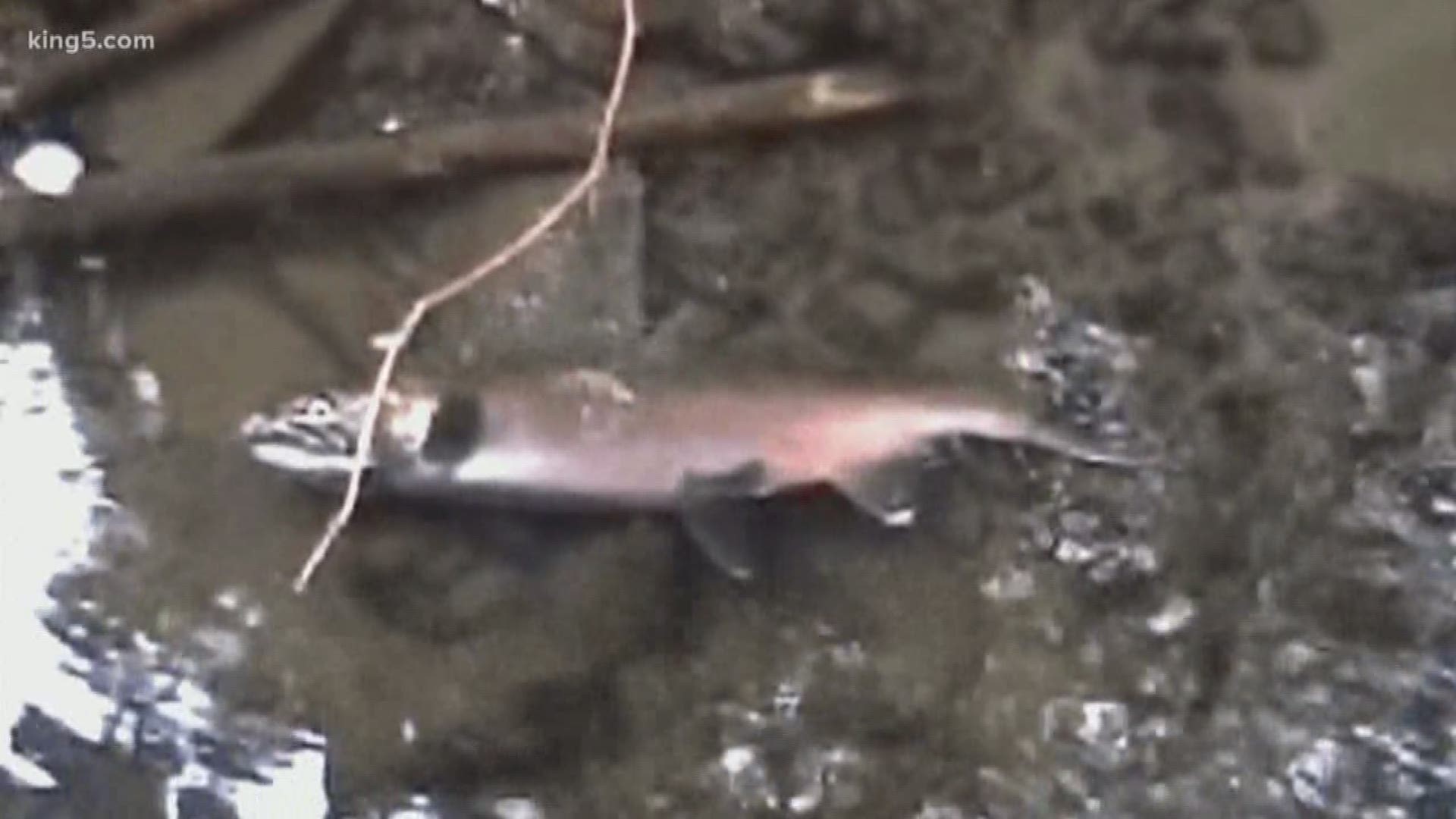 The country's leading stormwater experts are asking for the public's help as they race to save salmon in Puget Sound.

Coho salmon first caught the attention of scientists two decades ago when they returned to streams restored for salmon habitat and unexpectedly died.

"Fisheries biologists were noticing they were behaving strangely. They were rolling on their side and gaping and surface swimming with a loss of orientation. Then they would die," explained NOAA Ecotoxicologist Nat Scholz.

Scholz and other scientists slowly learned that the problem was worse near roads, especially with high volumes of motor vehicles. Whatever chemicals were left behind would get washed by rain into local waterways.

Chum salmon never got sick, but coho were immediately affected. The mortality rate ranged between 60 percent and 90 percent.

"It would take us decades to get through this problem without the public's help," said U.S. Fish and Wildlife Services Resource Contaminants Specialist Jay Davis.

Davis is a member of the team partnership with U.S. Fish & Wildlife Services, NOAA, and Washington State University.

"These are the watershed in which the syndrome has been documented," said Fisheries Technician Ken King.

King has mapped out the water systems with the most coho mortality. In some cases, none survive. Now, his team has created a new map to predict at-risk waterways as the Puget Sound area grows.

They're asking the public to help refine their predictions by learning how to spot sick coho and then reporting it online.

"We can't be everywhere at once when coho are dying in these urban streams. So, while we have a productive map and a tool, we'd like the public to come out and help us document where this is happening, and in fact, document where it is not happening," Davis said.

As the Seattle area continues to grow, the scientists say the problem will only get worse.

The good news is that there is a potentially simple solution.

"Urban runoff contains a soup of heavy metals and hydrocarbons that are highly toxic to fish. Every coho that dies in our polluted urban watersheds before it gets a chance to spawn means less eggs, fewer fry, and fewer returning fish to feed hungry orcas," said Aquatic Toxicologist and WSU School of the Environment Assistant Professor Jennifer McIntyre. "I am excited to be the person who is to say, 'Hey, all hope is not lost!'"

McIntyre found the answer may be filtrating water the way nature does it, like in forest floors.

"We are looking at experimental rain gardens that have plans and a soil system, and what we do is, we put stormwater runoff into the soil filters and then we capture the water that comes out, and we see whether we have been able to remove the chemical toxins that are in that water," she explained.

The filtration system has worked in their experiments. All of the coho exposed to the treated stormwater water survived.

By growing the online database, experts can decide which areas most need the green infrastructure. 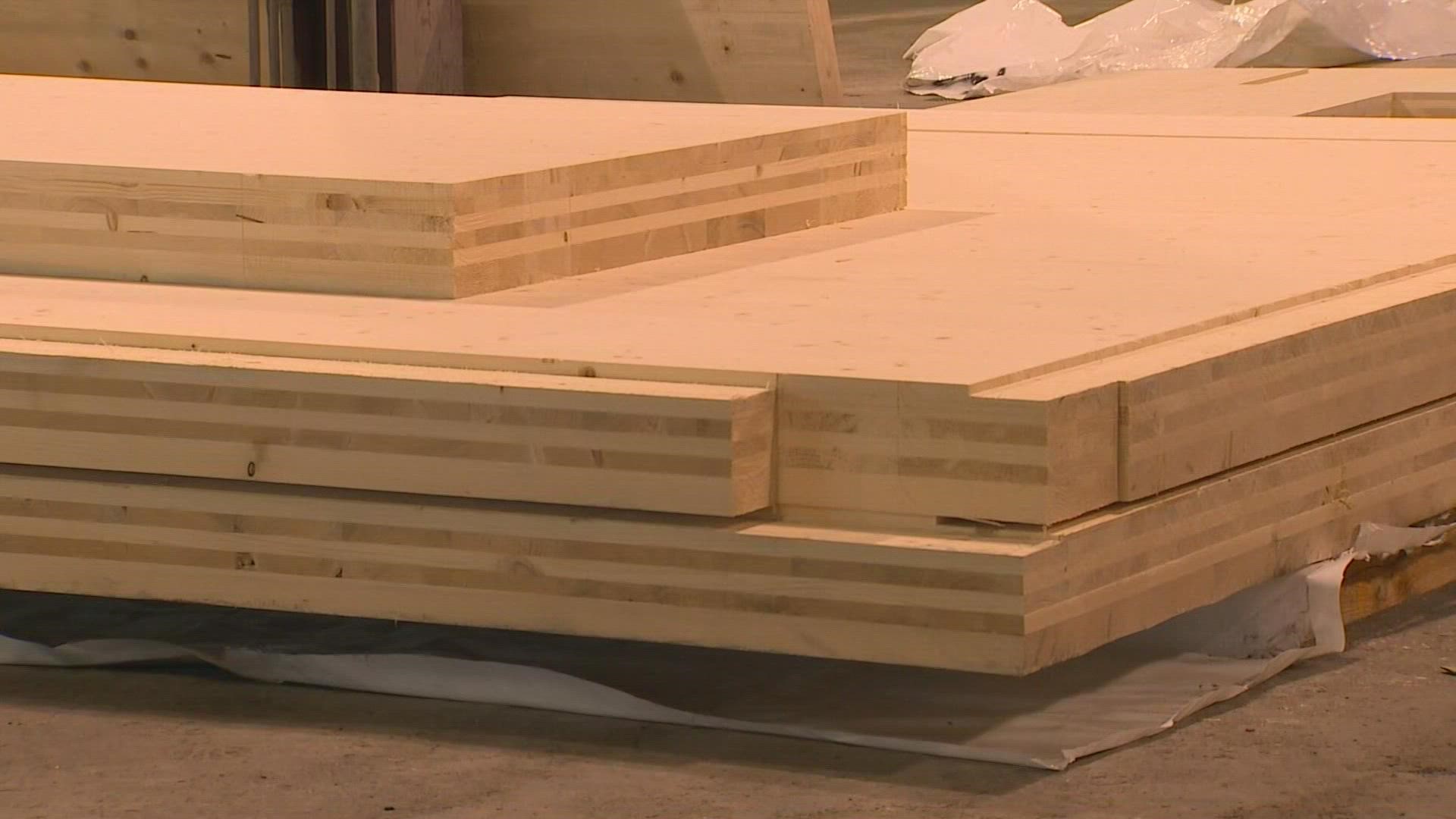