NOAA and the Lummi Nation deployed salmon to an emaciated 3 ½-year-old orca over the weekend, although crews were not able to determine if J50 ate any of it. 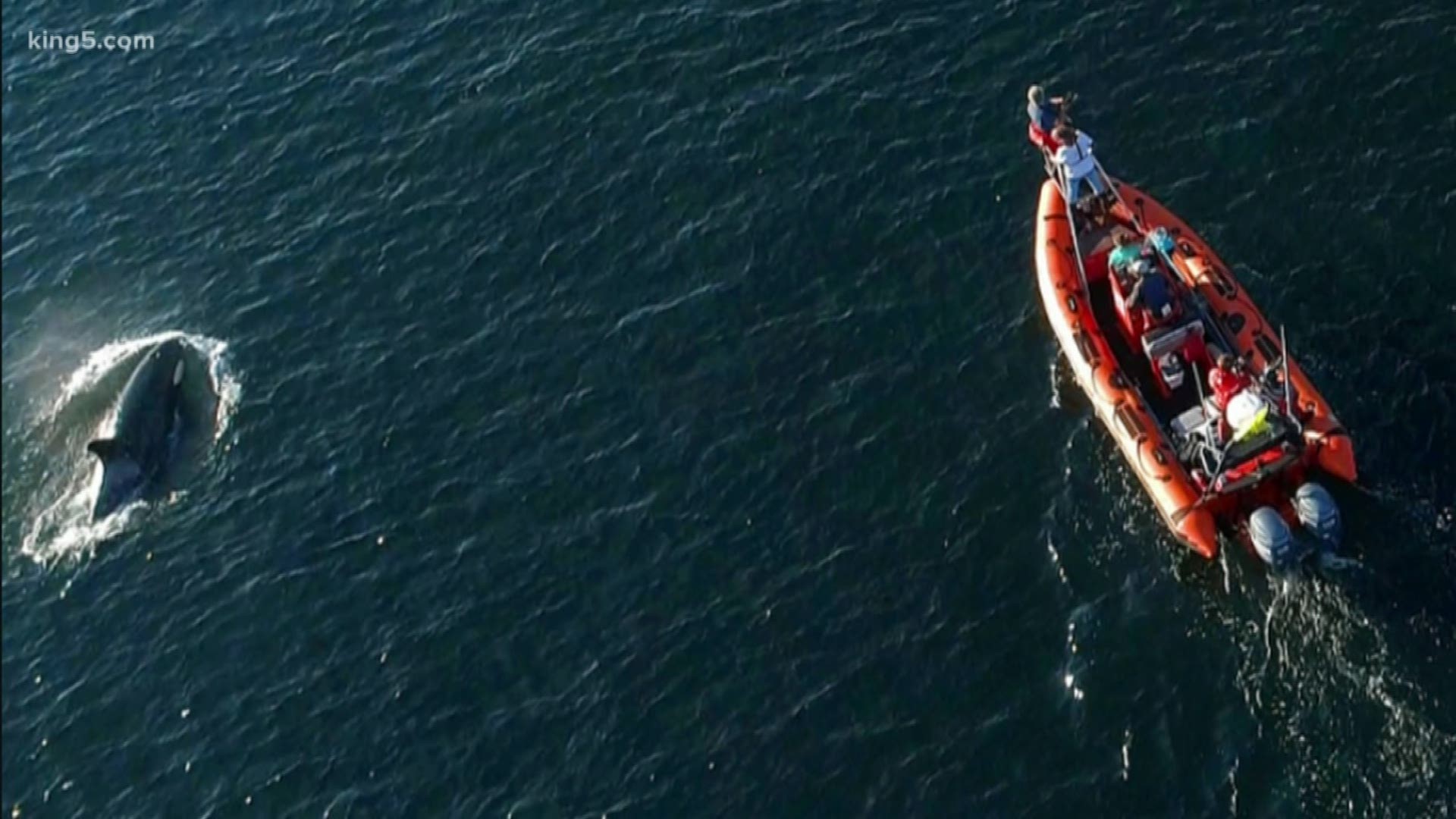 Scientists and the Lummi Nation deployed live salmon to ailing orca J50 off the coast of San Juan Island on Sunday.

National Oceanic and Atmospheric Administration (NOAA) officials said strong currents kept them from being able to tell if J50 ate any of the eight fish deployed, but logistically, the operation was a success.

“This has never been tried before, and there were a lot of potential things that could go awry, so we were very pleased,” said Brad Hanson, a NOAA Fisheries wildlife biologist.

NOAA obtained drone footage of the feeding trial, which researchers will analyze over the coming days to try to determine whether or not J50 ate any of the fish. 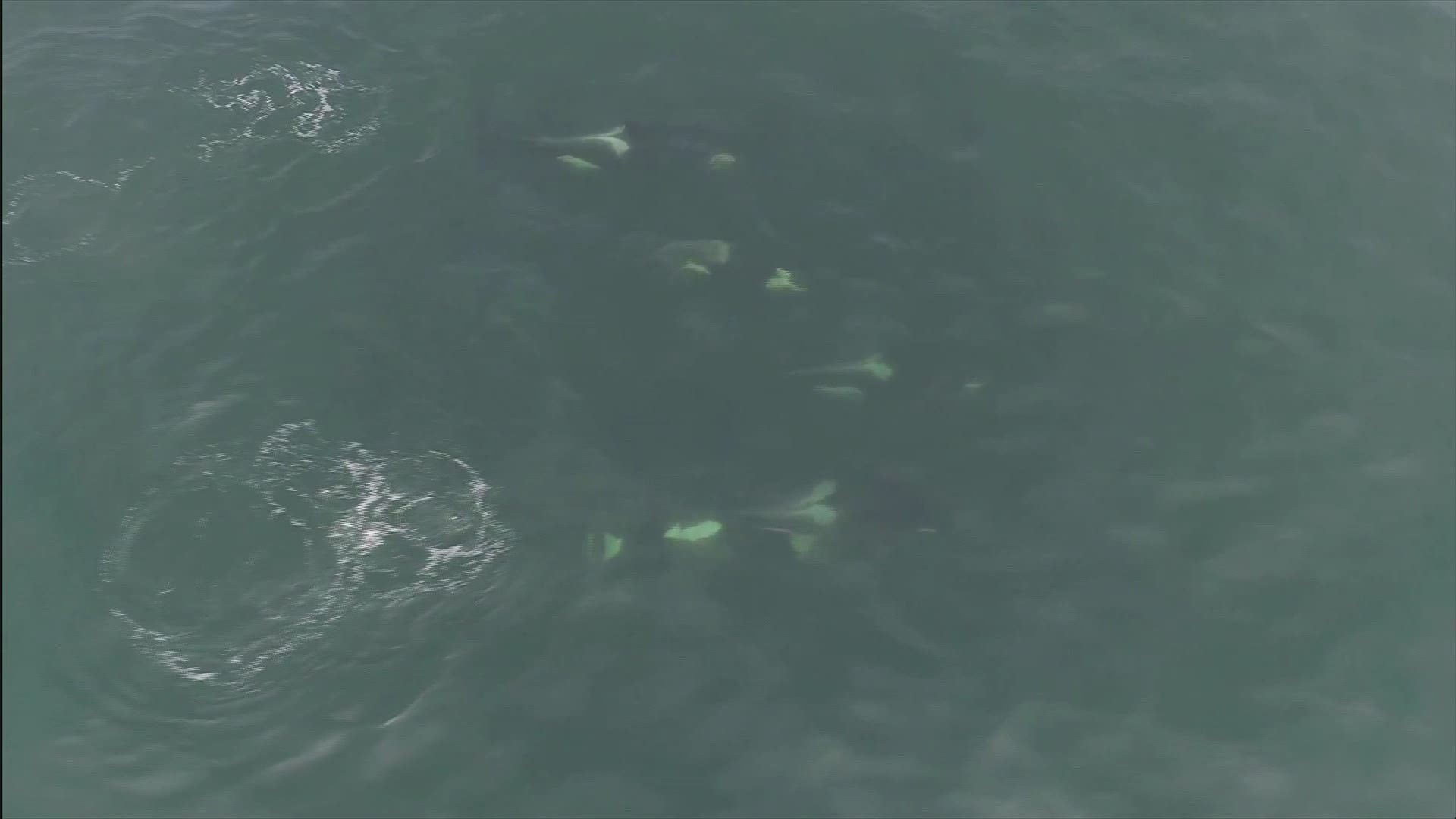 The 3 ½-year-old whale has lost 20 percent of her body mass and developed a depression near the base of her skull, which indicates severe fat loss and malnutrition. Crews injected J50 with antibiotics on Thursday.

The antibiotic is a long-acting one designed to last for 1-2 weeks, said Lynne Barre, the Southern Resident Killer Whale recovery coordinator for NOAA. Veterinarians will assess the available information over the coming days to determine if a second dose should be given.

NOAA crews tracked J50 and her pod Saturday and Sunday off the west side of San Juan Island before deploying fish. There were big tides and strong currents, and J50 separated from her group for about an hour on Saturday, unable to keep up. Biologists said they saw J50 swimming into the tide without making any progress while other pod members swam by. At one point, J50 actually moved backward, because she wasn't able to power through the current.

J50 also wasn't seen socializing and didn't seem "vibrant" in her activity, according to researchers. 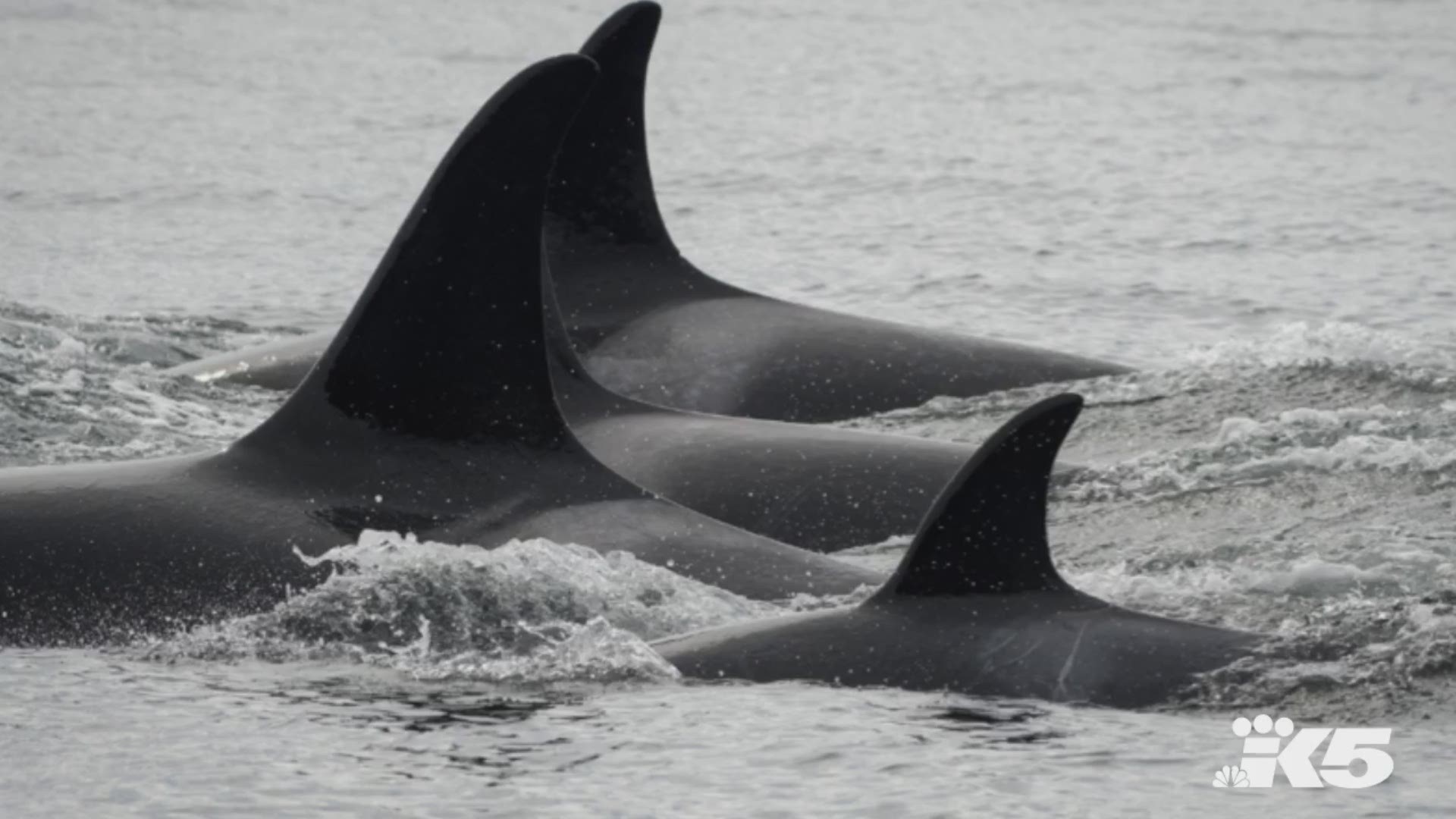 When the pod reached Pile Point on the south end of San Juan Island, NOAA coordinated with Lummi Nation to begin deploying fish. NOAA chose that location, because it’s the orcas’ primary foraging area, and scientists wanted to deploy fish when they knew the orcas were interested in feeding. Pile Point is also close to the Lummi, making it logistically easier to transport fish, according to Hanson.

The boat, which was driven by the Lummi Nation, stayed about 100 meters in front of the orcas, according to Hanson. The fish were deposited in front of J50 using a tube to cut down on the risk of habituation.

NOAA crews also collected a fecal sample from the J16 family group, which includes J50. However, the sample will need to be analyzed before researchers can determine if it is from the emaciated orca.

The J pod headed west Monday morning, according to NOAA. Officials will wait until the pod returns to reevaluate J50’s health and decide on the next course of action. At this time of year, it may take between a few days to a week for the pod to return, according to Hanson.

Meanwhile, another Southern Resident orca that has gained national attention, grieving orca mom J35, has let go of her dead calf after carrying it at least 17 days. J35 was seen Saturday with the pod looking "vigorous and healthy," according to Ken Balcomb, executive director of the Center for Whale Research. 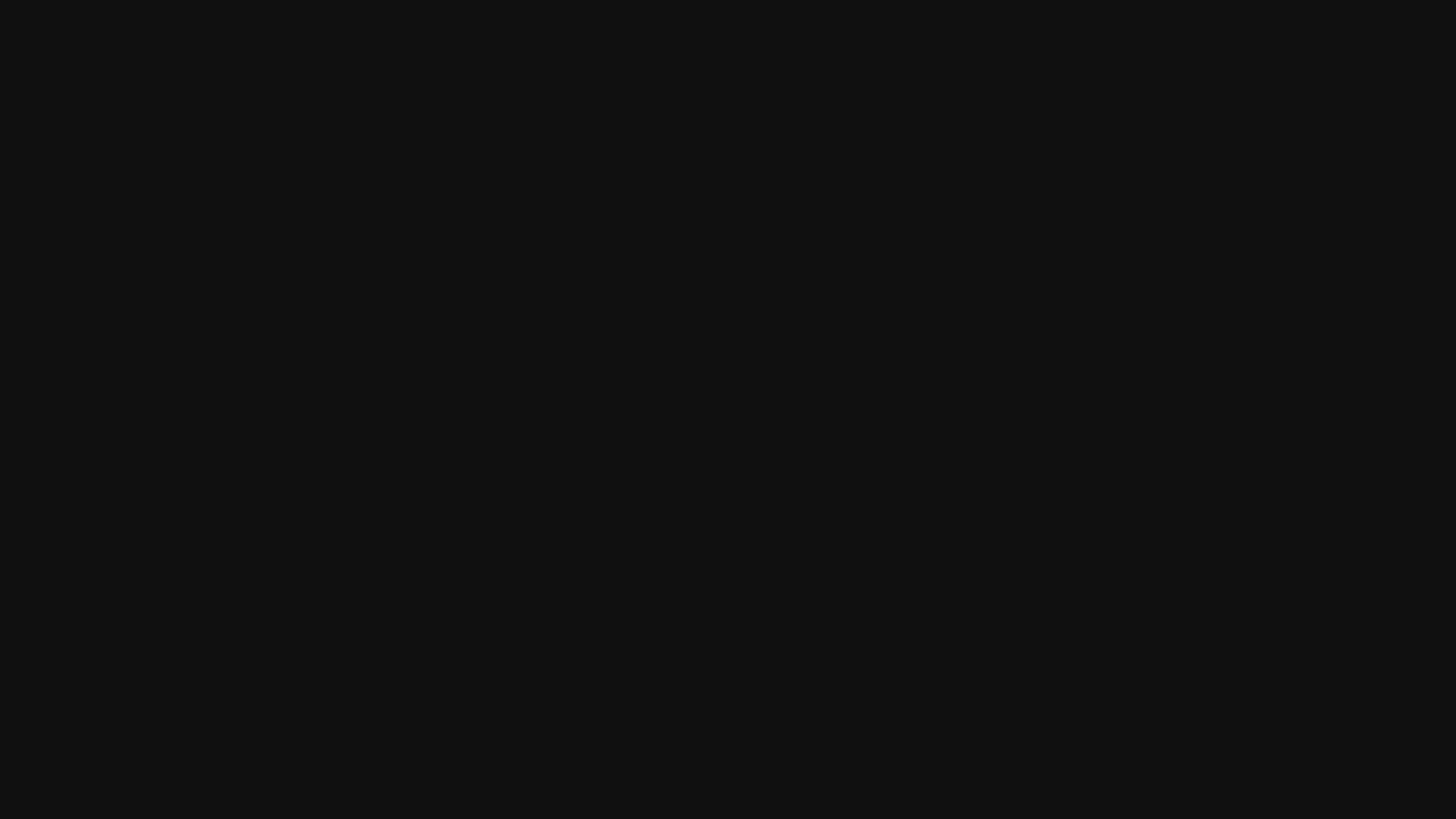