The project will open the river to returning salmon and make beach space available to park goers. 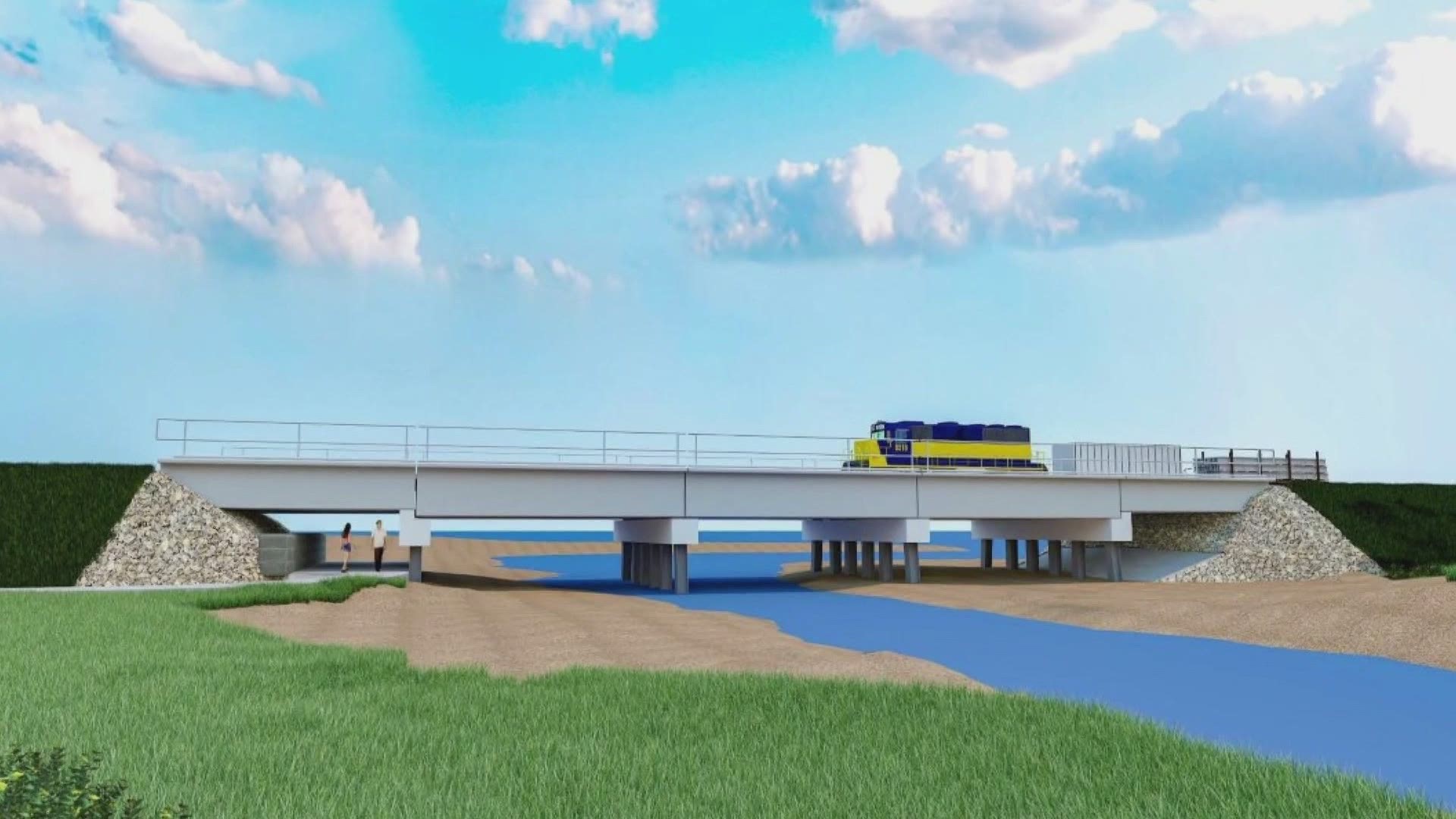 EDMONDS, Wash. — Local and federal officials celebrated the start of work on a new project to help salmon in Snohomish County Friday.

The project, on Lunds Gulch Creek in Edmond’s Meadowdale Beach Park, addresses a fish obstruction that has been there for decades – a small tunnel under the BNSF rail line just off the waterfront.

Thanks in part to a $3.5 million grant from the Federal Railroad Administration (FRA), work is underway to replace the tunnel with a 110-foot raised trestle, and expand riparian habitat within the park.

Soon, the creek will be able to meander naturally under the bridge, with room to accommodate floods and support returning salmon. It will also allow beach access for people without clambering through the small, narrow tunnel.

“So this is a huge salmon recovery project, and it’s a huge ADA accessibility equity project,” said Tom Teigen, Director of Conservation and Natural Resources for Snohomish County. “It’s significant for our park users and their ability to safely get to the beach.”

The site was deemed 'most degraded,' by the Puget Sound Nearshore Ecosystem Restoration Project. The state Recreation and Conservation Office said about 65,000 people visit annually, and it's one of only three Snohomish County Parks on the Puget Sound shoreline.

Improvements will also include native vegetation, and in-water debris like trees to improve habitat for young salmon.

Teigen said the project has taken years of planning and fundraising but came together recently. Sen. Maria Cantwell (D-WA) supported the grant application to the FRA, which was secured in June 2019.

Cantwell toured the park with a group of local officials and said she was glad the FRA grant helped fund the project. Miles of shoreline around Puget Sound have similar rail lines creating fish blockages.

“This is a story that could be told in many other places in Puget Sound,” she said. “So we’re very happy to support this project. But we also want to get federal dollars to replace culverts in many parts of our state.”

To that end, she hopes to advance the $4 billion in culvert upgrade funding as part of the pending transportation bill currently in Congress.

“They’re not all going to have a railroad overpass, but they are to say that our transportation infrastructure and created problems with culverts that have blocked fish passage, and we need as we do a new infrastructure package, to take care of that problem, and help give salmon a better chance,” Cantwell said.

Work on the bridge portion is expected to be complete by September, with the park improvements taking until April. Officials hope to open that park to the public in Spring 2022.