A report from the governor's Salmon Recovery Office shows many salmon populations are near extinction. 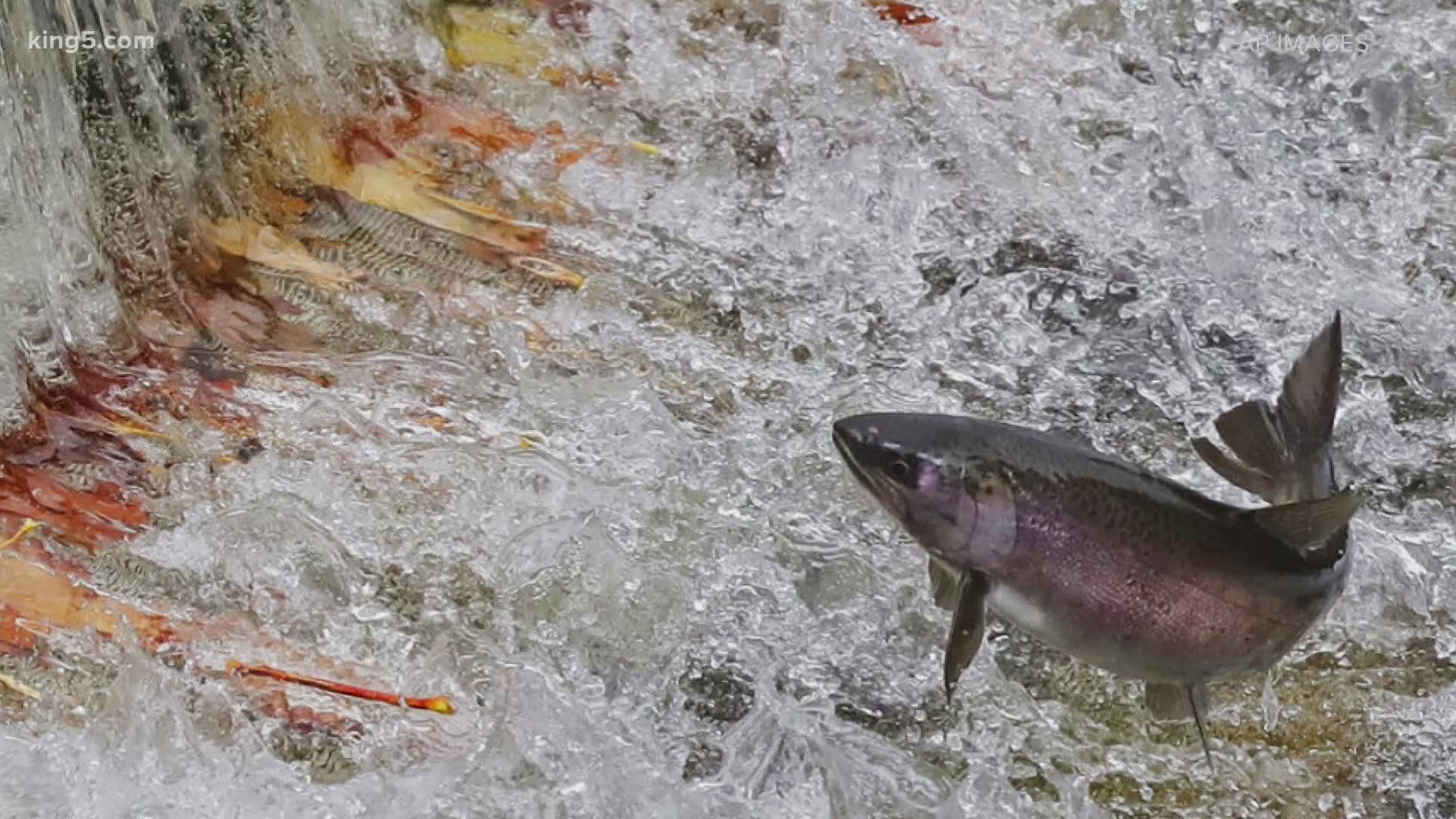 OLYMPIA, Wash. — A report from the governor's Salmon Recovery Office shows many salmon populations are "teetering on the brink of extinction."

If Washington state doesn't change how it addresses climate change and population growth, they may not survive, according to the report.

Ten of the 14 species of salmon and steelhead in the state are not making positive progress toward population growth, according to the report. Of those, five are in "crisis."

“We have come a long way in addressing the factors killing salmon,” said Erik Neatherlin, the executive coordinator of the governor’s Salmon Recovery Office. “Some salmon populations are strong and nearing recovery. Unfortunately, many challenges are outpacing restoration efforts, holding back recovery of the majority of salmon.”

According to the report, the state of the salmon could worsen as the climate warms and glaciers, which feed cold, clean water to salmon-bearing streams, disappear. A growing human population adds to the threat, as demand for water and land increases, according to Neatherlin.

However, there have been some accomplishments. In the past 20 years, large dams blocking salmon from reaching habitat such as those on Trout Creek and the Elwha have been removed. Washington has also been making progress restoring riparian areas.

“Since our restoration efforts got underway, we have prevented more salmon from being listed under the federal Endangered Species Act. None have been added since 2007,” Neatherlin noted. “We are making progress. However, we still are losing more ground than we’re gaining. We must come together and we must step up our actions. We know what needs to be done and we have the people in place to do the work, we now just need to make saving salmon a priority across Washington and provide the funding and resources to get it done. We must save salmon.”