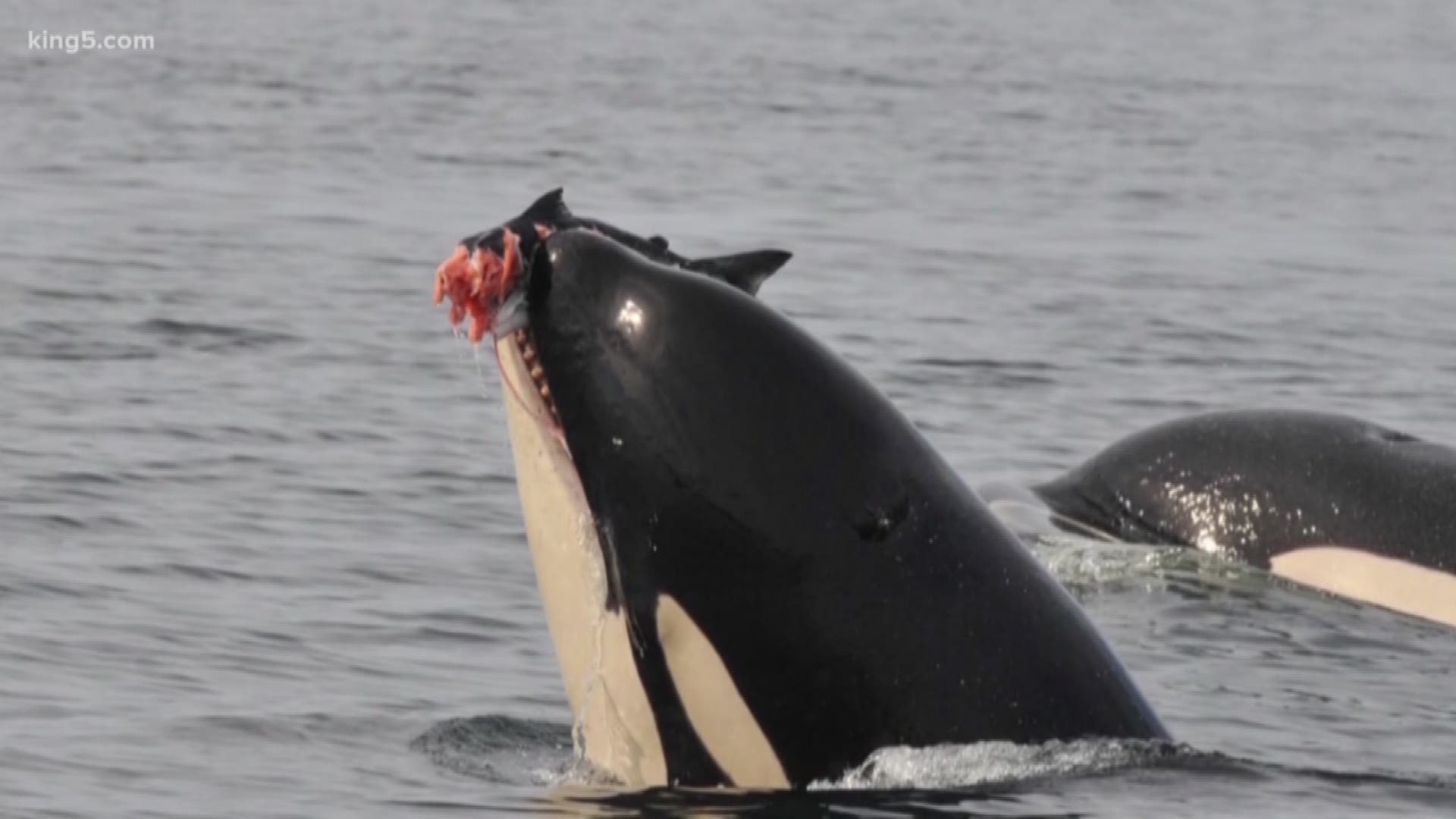 "The rhetoric is not matching the reality. There is a lot of talk about caring about salmon but in the end, the funding is not there," explained Todd Myers. "A 20 percent increase in spending and a 0 percent increase for salmon doesn't make any sense given the rhetoric that we've heard and frankly given the need. We need to do a lot and we haven't been doing enough."

Myers is the Washington Policy Center's Environmental Director and a member of the Puget Sound Salmon Recovery Council, one of many salmon advocacy groups upset by Governor Inslee's budget.

Chinook salmon are facing a crisis in Puget Sound and so are the whales who depend on them for food, the Southern Resident killer whales. Pollution and habitat loss are just two of the challenges facing their recovery. 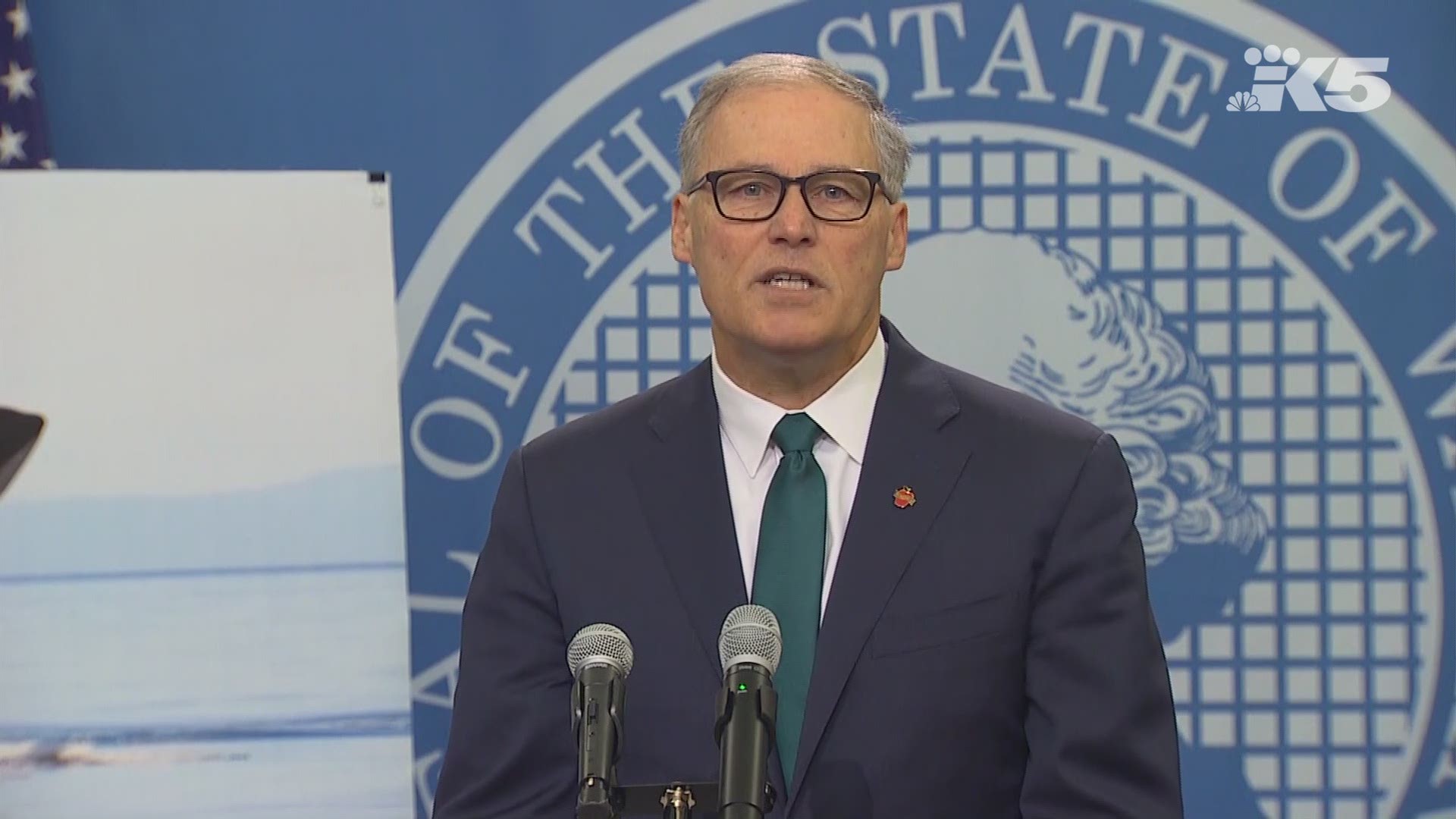 "Overall, I think the Governor's budget has a lot of good stuff in it. There just isn't enough. We are way behind in what we need to recover salmon in the Pacific Northwest. We have spent about 14 percent of the amount of money that we need for habitat recovery and estuaries and rivers and marine shorelines. This budget improves on that, but there is clearly a lot more than needs to be done," said Long Live the Kings Executive Director Jacques White. "The lack of overall funding that we really need for habitat restoration is going to reduce our ability to recover these fish in the long run and that is critically important."

Inslee's recent Instagram post shows artwork he made to honor Tahlequah, the mother orca who grabbed the world's attention when she pushed her dead calf around Puget Sound for two weeks. Inslee writes, "My budget takes bold actions to drastically change the human impact on our environment and restore the ecosystem to one that sustains orcas, salmon and the quality of life for all Washingtonians."

David Troutt, the Natural Resources Director for the Nisqually Tribe, has expressed skepticism and even alarm.

"We have been funding salmon recovery across the State at 15 to 20 percent of the need identified in federally-approved recovery plans at the same time our population in the state has grown and the impacts on the habitat have grown.  We are barely treading water in many places," he said. "The Legislature needs to step up to this crisis and support bold and aggressive investment in salmon recovery or we will lose many populations across the state; fishing communities will suffer economic disaster; tribes treaty rights will not be honored; and the SRKW will go extinct."

Myers points to a $9 million addition to the operations budget, with no new funding for salmon habitat.

"And instead of spending money on either acquisition of habitat or restoration of habitat, we are going to spend $750,000 on yet another study for the Snake River Dams, something we already know about. That $750,000 could go toward a project that we know in Puget Sound would help salmon today," he said. "And what politics has done is siphon off money that should go to science-based project toward projects that are feel good."

In a statement released Thursday, Conservation Northwest Executive Director Mitch Friedman said, "However, there is one glaring area where the Governor’s proposal fails terribly,” said Friedman. “WDFW had requested $12.9 million to enhance fish and wildlife conservation and $4.2 million for habitat improvements. But the Governor proposed only $1.3 million of the former and zero for the latter! We’re calling on state legislators to fill this gap and fully fund Washington’s wildlife heritage.”