Scientists agree the Southern Resident killer whales don't have enough to eat because their favorite prey, Chinook salmon, are also disappearing. But it's also hard for the whales to find the salmon that remain because our urban waters are so noisy. 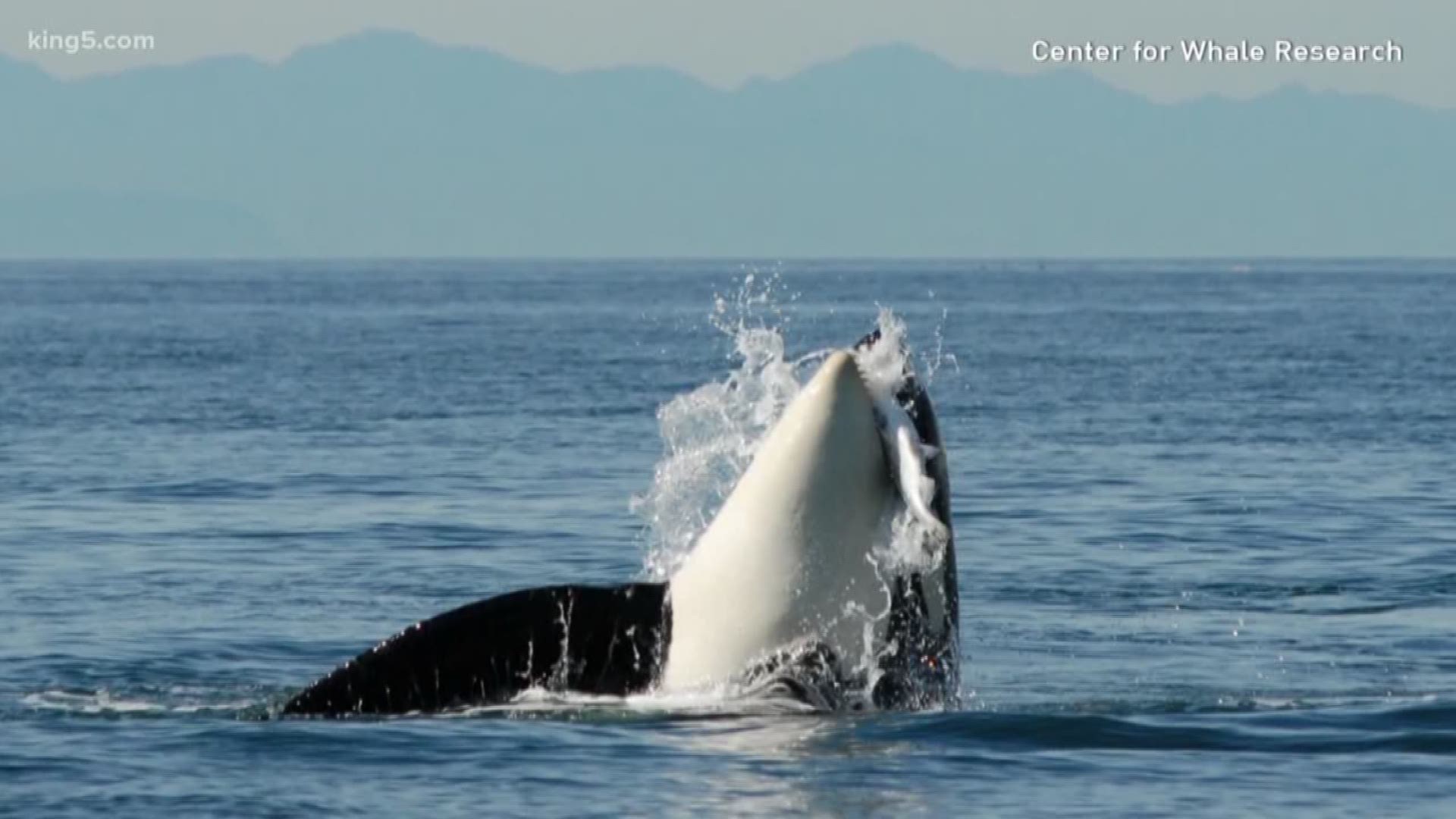 SEATTLE — The Salish Sea is like a water highway with all kinds of traffic creating all kinds of noise, and because Southern Resident killer whales use sound to locate their food, all the boat noise makes it hard for them to hunt.

Killer whales echo-locate their prey, using sonar to find fish and capture it. Any loud noise can interrupt that signal.

Williams, a Pew Fellow in Marine Conservation, has been studying the Southern Resident killer whales since 2003 and admits there is no easy fix for the orcas, who are facing extinction.

The problem started decades ago, he says, when captures for theme parks removed whales that could have reproduced and hurt the social dynamics of the whales that remained.

Since the captures stopped decades ago, however, the whales aren't recovering the way they should, which he says would normally be at a rate of about 2-3 percent each year.

Williams and other experts blame that on polluted water, a lack of prey and boat noise.

When boats are around, he says, the whales lose at least a quarter of their hunting opportunity.

"But we must not lose sight of the bigger picture, which is that noise can only buy us, and buy the whales, some time while we recover Chinook salmon stocks," Williams said.

Scientists estimate the whales need about a 30 percent increase in Chinook salmon, Williams said, which are numbers that haven't been seen since the 1980s.

"We have seen a lot of political will over the last few years to protect this population, but we have also seen a lot of finger-pointing. It's the salmon. It's this one dam. It's this one industry or this one source of noise. In fact, what our science is showing, is that it is all of it. We cannot get to the recovery target without mitigating all of the threats all at once," he said.

One goal for recovery is helping the orcas birth at least one new calf each year for the next 10 years, but those calves also have to survive – and the majority recently have died.

"These whales are resilient and they are clever and if you give them a fighting chance, they can recover," Williams said. "But we don't have a minute to waste."