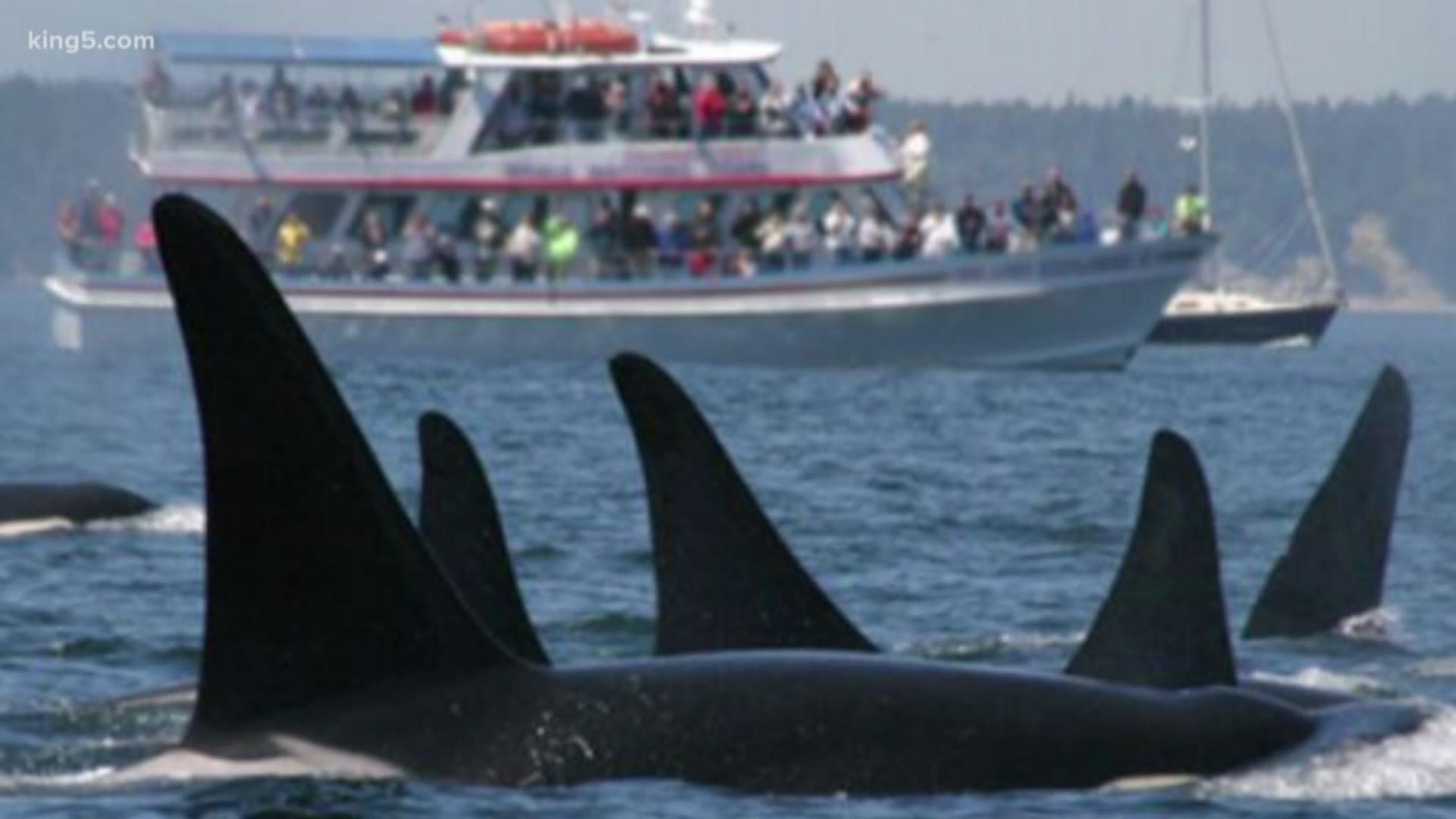 SEATTLE — After months of debate over how to save the 75 remaining Southern Resident orcas from disappearing forever, a task force charged with their survival recommended that whale watching boats be banned from viewing the orcas.

Supporters argued a ban would reduce noise, help the whales find food, lower their stress level and increase their birth survival. The decision came late in the process and surprised the whale watching industry, along with scientists who have helped them reduce their impact. They argued the ban would do little to help the whales while potentially causing more harm.

"Other groups have talked about the industry as actually being protectors of the whales. That is one of the reasons, one of many, that the ban was not popular amongst my colleagues," said Shane Aggergaard of Island Adventures.

The industry has made major changes to reduce noise, Aggergaard says. The smaller faster recreational boats are the noisiest and whale watch boats signal to others to slow down. They also educate the public about the whales.

It's why Aggergaard calls the latest legislation to protect the whales a good compromise. According to HB 1580 and SB 5577, boats would have to stay 300 yards away and significantly slow down.

"Everybody is going to make efforts to quiet the waters. That will be the biggest impact coming out of this new legislation, the slow speed's around the whales are going to make it quieter, going to make it easier for them to feed," Aggergaard said.

However, slowing down is not enough for those who advocated for the original ban.

"Going slow is not enough given the volume of the boats that are with the whales and the hours they're on the water," said The Whale Trail Founder Donna Sandstrom.

The Whale Trail is a way for people to view and learn about the orcas from land. Sandstrom has been a vocal advocate of the whale watch ban, arguing it is an immediate solution to quiet waters for the starving orcas.

"We thought these are simple, commonsense solutions that the people of the state understand and support. So it was shocking to us that legislators did not see it the same way," she said.

Those who oppose the whale watch ban point to salmon recovery as the top priority but Sandstrom believes a ban would help the whales find the few salmon that are left.

"We were all persuaded by the facts that giving this industry 10 percent fewer viewing opportunities was not worth the risk of losing J, K, and L pods forever," she said.