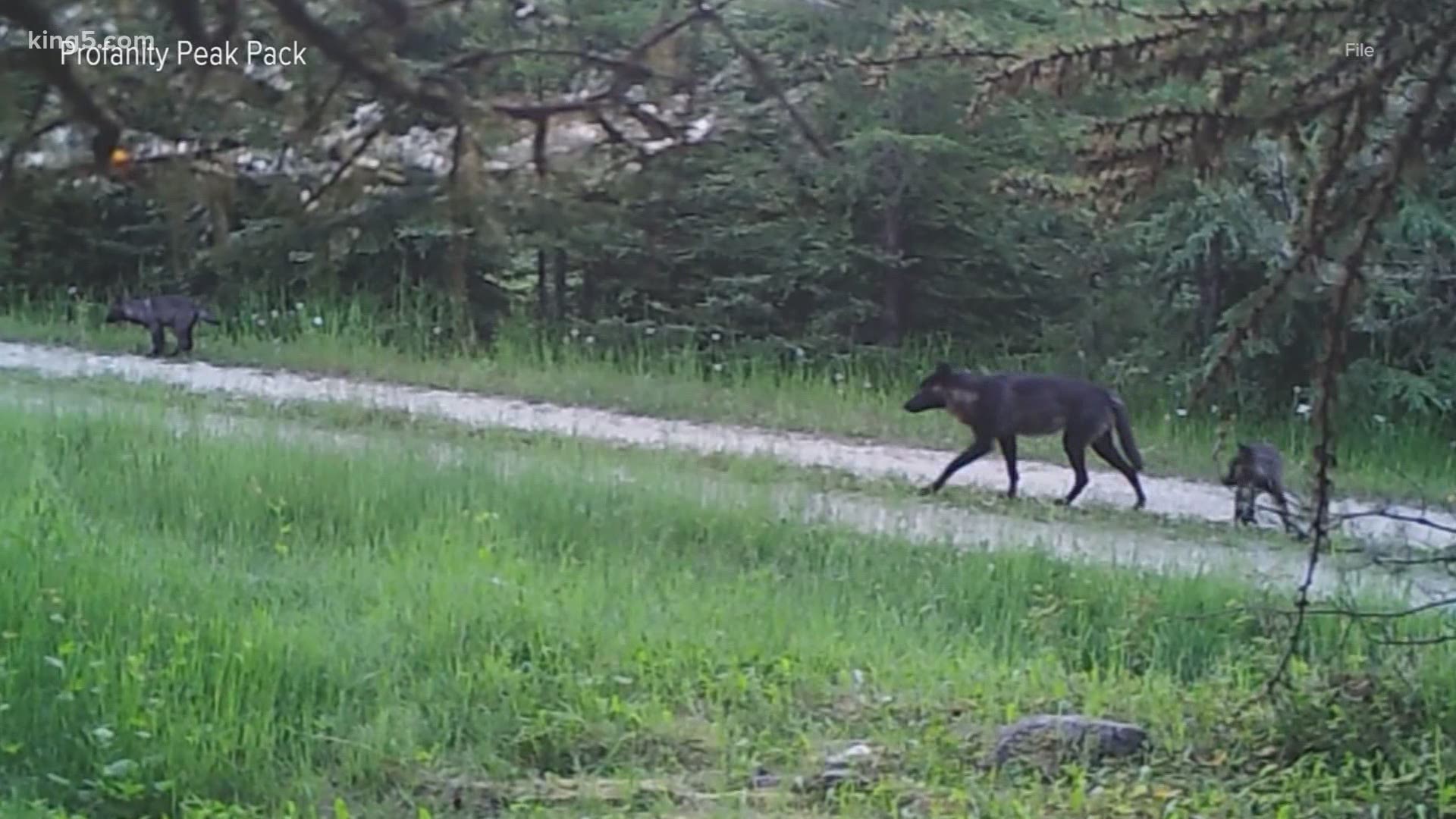 A new report from state officials says the wolf population in Washington state increased by an estimated 33 animals in 2020.

The Washington Department of Fish and Wildlife (WDFW) released its annual wolf report Friday, saying the estimated wolf population grew to 178 wolves in 29 packs. In 2019, the agency estimated there were 145 wolves in 26 packs.

The state counted 132 wolves in areas managed by Fish and Wildlife and the Confederated Tribes of the Colville Reservation reported 46 wolves.

According to the report, four new packs formed in areas monitored by WDFW in 2020. The Navarre Pack formed in Okanogan County, the Vulcan Pack in Ferry County, the Onion Creek Pack in Stevens County, and wolves also reestablished in the area formerly occupied by the Skookum Pack in Pend Oreille County.

WDFW said it uses activities like track, aerial and camera surveys to conduct the annual population survey and look for new wolf packs.

Seventy-nine percent of the known wolf packs in Washington were not involved in any known livestock depredation in 2020, while seven packs were, according to WDFW.

Sophia Ressler, with the Center for Biological Diversity, said they are happy to see the increase in the state's wolf population, but more still needs to be done.

"The Department of Fish and Wildlife deserves credit for killing fewer wolves this year," said Ressler in a statement. "But neighboring states are pushing massive wolf-killing bills and no wolves have made it to Washington’s third recovery zone, so it's critical that our officials find and implement alternatives to killing wolves."

Ressler pointed to bills going through Montana's legislature that increase how, when and where wolves can be killed, including allowing the use of snares and paying hunters. Idaho is also considering legislation this session that would give hunters more ways to easily track and kill wolves.

WDFW said it documented 16 wolf mortalities during 2020, including eight legally harvested by tribal hunters, one killed by a vehicle, two of natural causes, one that was shot due to a perceived threat to human safety, one of unknown causes, and three lethally removed in response to wolf-caused livestock deaths.

Washington’s wolf population was almost wiped out in the 1930s, but the state documented a resident pack in 2008 and the number of wolves has increased every year since.

In January of this year, wolves were federally delisted from the Endangered Species Act and are currently managed statewide by WDFW as a state endangered species.