Hummingbird feeders should also be removed to prevent bird disease

State fish and wildlife officials are very confident the hummingbirds will be able to survive without human intervention, even through a cold snap like this. 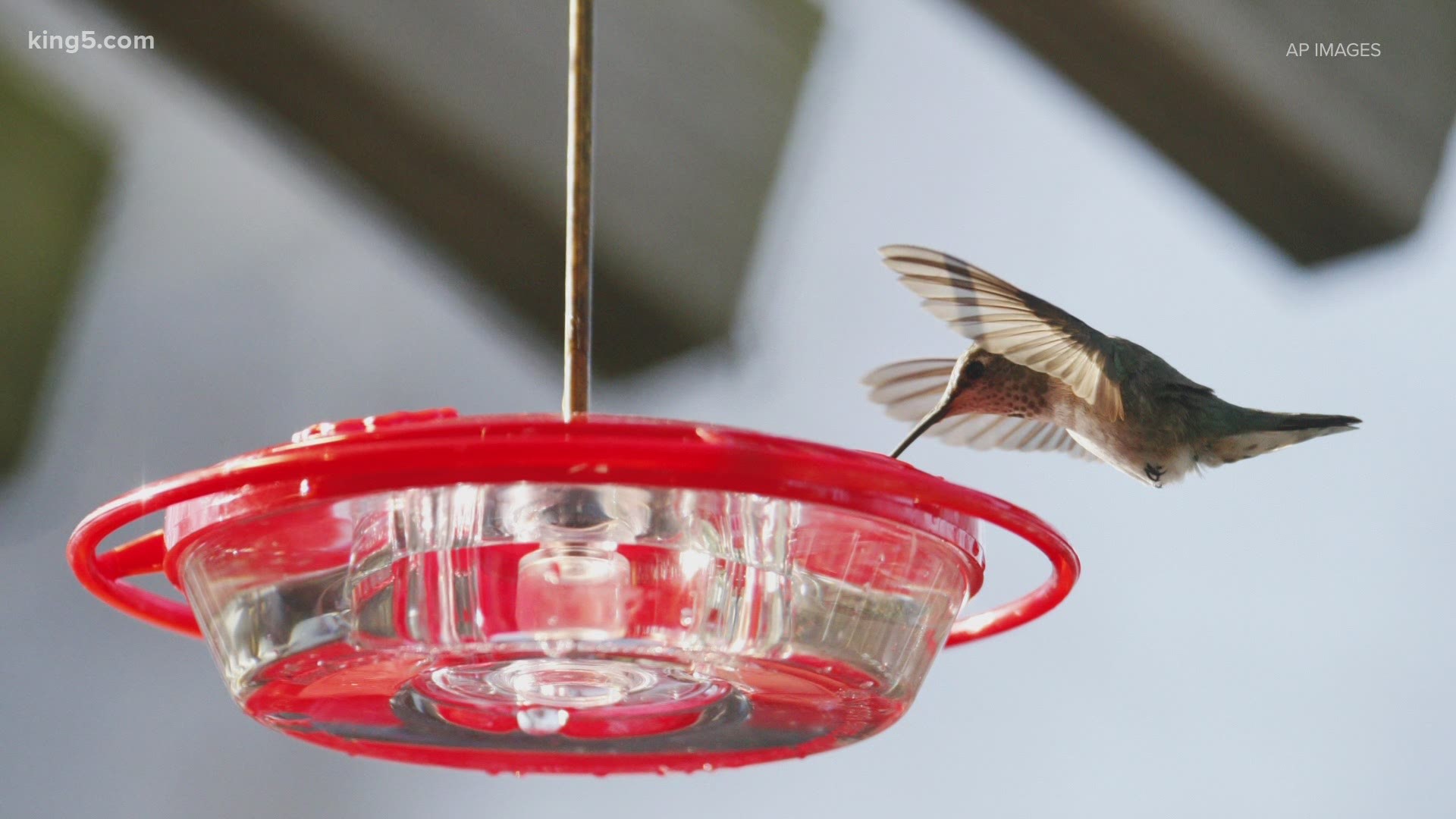 Experts urge people to take down their bird feeders right now to prevent the spread of bird disease, but a lot of people are worried about hummingbirds during the cold snap.

However, experts say the guidance applies to hummingbird feeders as well.

According to the Audubon Society, a record irruption of Pine Siskins has flooded south into the United States. It’s common for some of the birds to carry salmonella bacteria, which can cause a usually-fatal disease called salmonellosis. So the recent influx, which brings more Siskens to crowded feeders, is believed to be fueling the spread.

The state asked people to remove all bird feeders through March in western Washington and April in eastern Washington where colder weather would make feeders enticing longer.

RELATED: How to make your yard a hummingbird heaven

Some KING 5 viewers reached out saying they were concerned about hummingbirds during the snowstorm and that they enjoy seeing hummingbirds visit backyard feeders when there's snowfall.

However, the state says hummingbird feeders should also be removed and cleaned.

Generally, the Seattle Audubon Society recommends not worrying too much about the welfare of hummingbirds, and has issued a statement supporting the Washington Department of Fish and Wildlife (WDFW) guidance for removing feeders, including those for hummingbirds. Though not typically used by siskens for feeding, sick birds have been reported perching on these hummingbird feeders.

People should take their bird feeders down, thoroughly clean them with soap and water and then disinfect them with a 10% bleach solution, according to Bethany Groves, a PAWS wildlife veterinarian. The feeders should be kept down until the irruption has passed.

WDFW also recommended cleaning the area around and under the feeders to decontaminate. While the agency does not recommend it, officials wrote if you do leave feeders up, please clean them with a bleach solution daily.