If you see something that looks like tomato soup in Puget Sound, here's why. 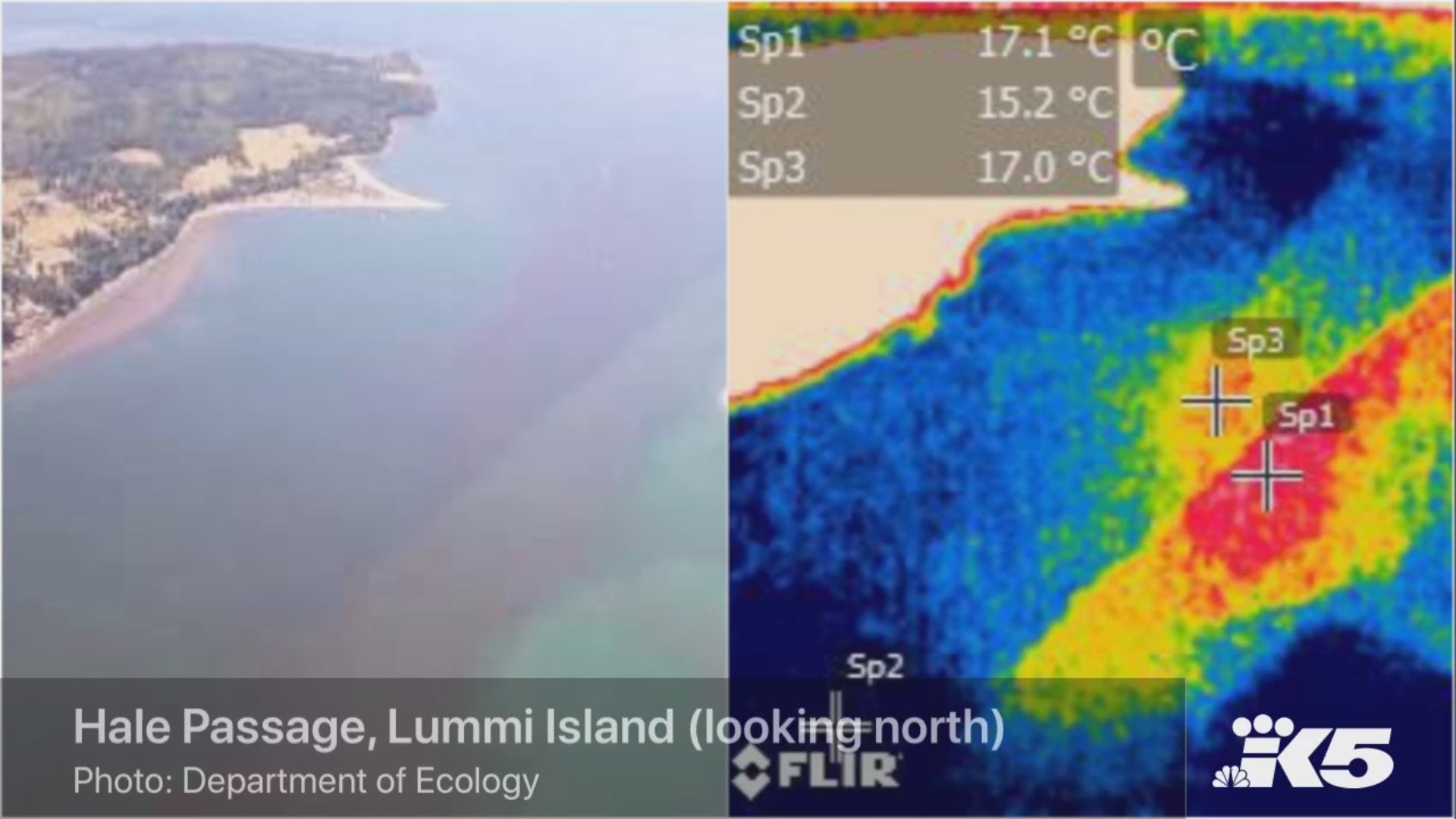 Large, red-brown algal blooms were spotted across Puget Sound last week, according to the Washington State Department of Ecology.

The department’s Marine Monitoring Unit saw the red-brown blooms near Bellingham and Samish Bays, East Sound, Marrowstone Island, Liberty Bay, and finger inlets in the South Sound. There were also large rafts of algae in the South and Central Sound near Carr Inlet, Commencement Bay, and Port Madison.

The bloom is not harmful to swimmers, but the department says it’s “not pleasant.”

An aerial view of a red-brown algae bloom near Samish Island in the North Sound on July 16, 2018. (Photo: Department of Ecology) 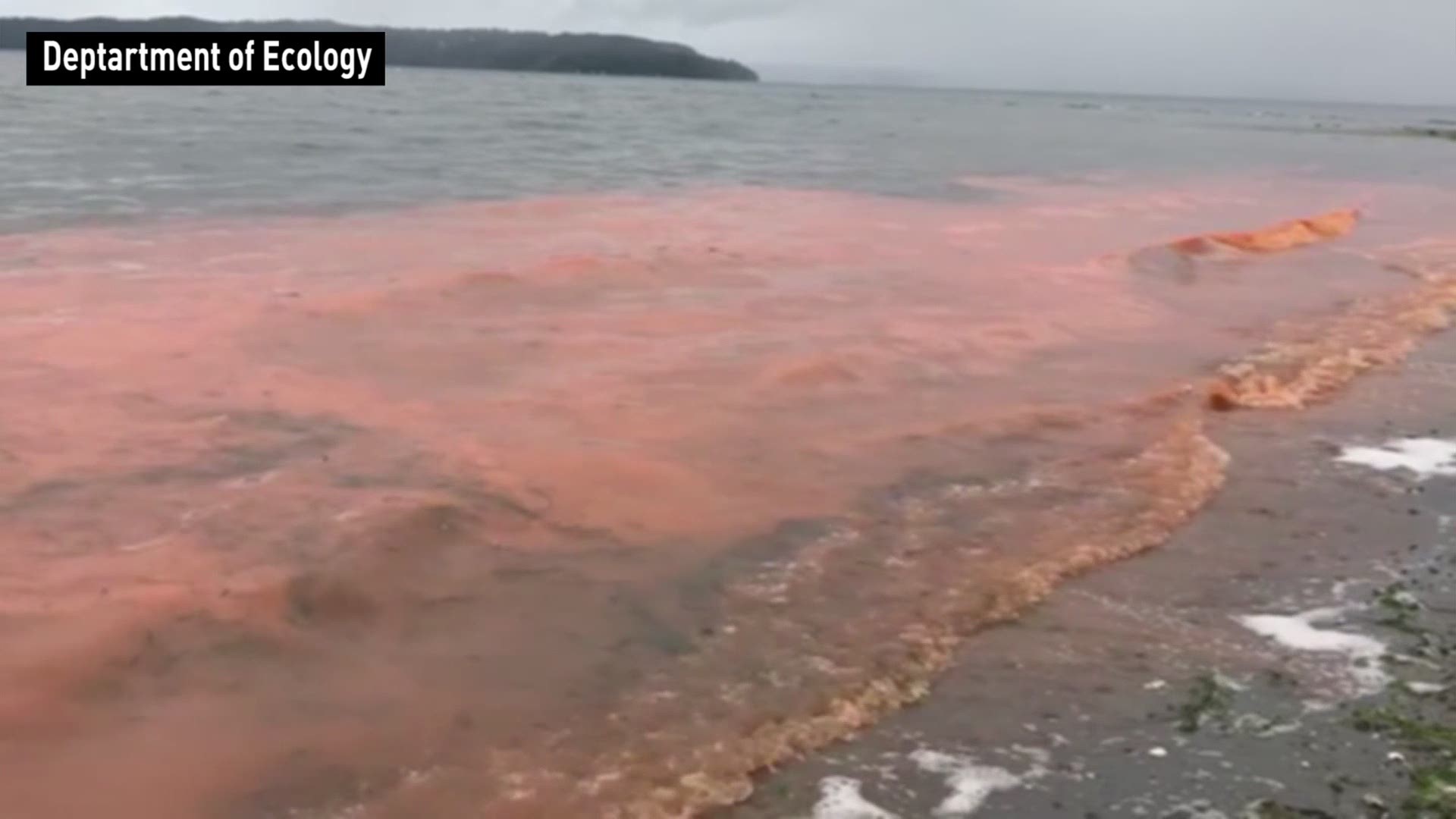