Stormwater runoff is the No. 1 toxic pollutant in Puget Sound. Now rain gardens are working to alleviate that. 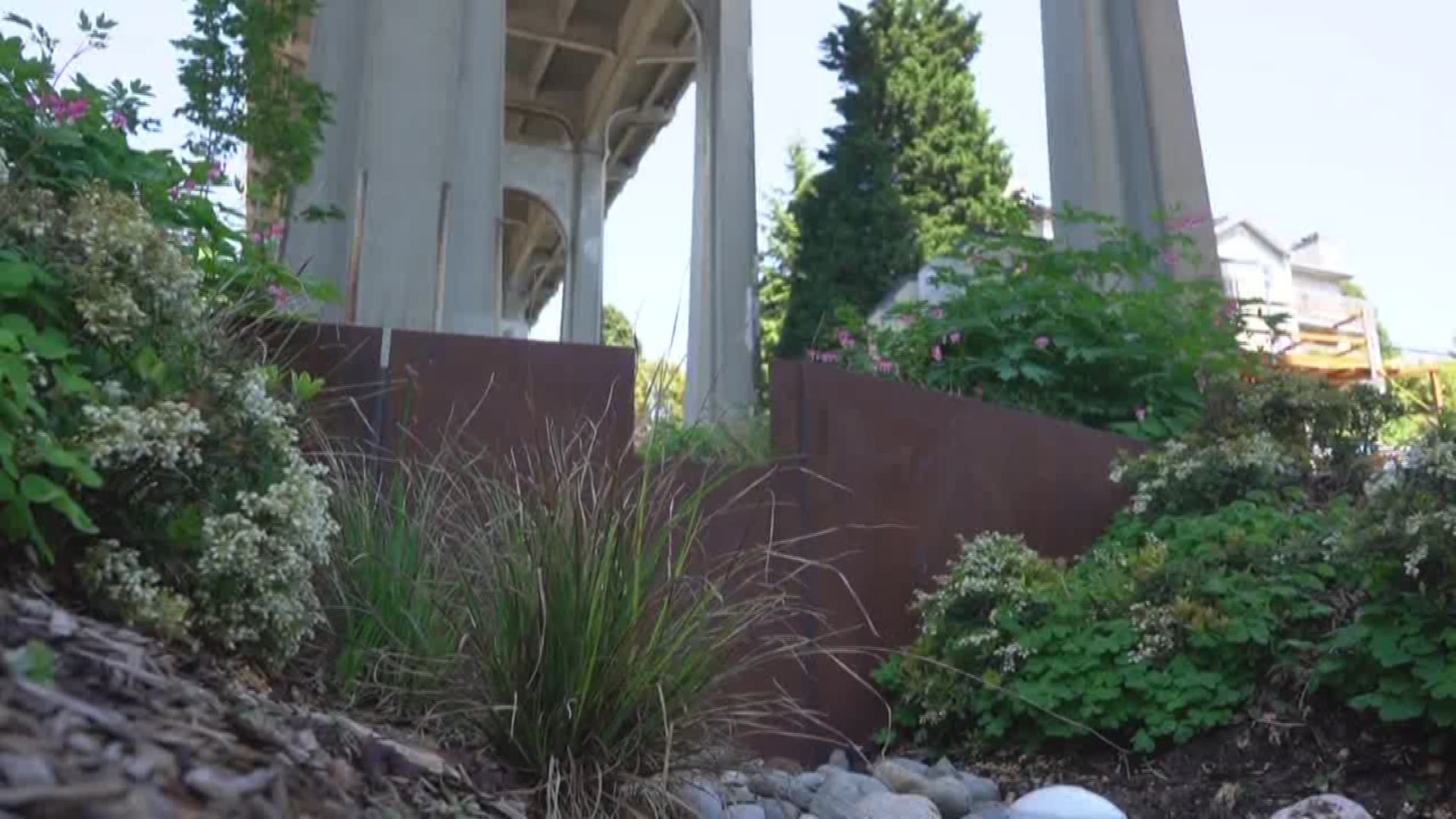 SEATTLE — On a dry day, the vehicles passing over Seattle's Aurora Bridge have little impact on the water below.

When it rains, however, the bridge is a serious problem.

“The contaminated stormwater coming off the bridge looks very much like a heavy murky cup of coffee. It’s black when it comes out, and that is the combination of petroleum products, other pollution, zinc and copper,” said Salmon Safe Puget Sound Manager Ellen Southard.

Salmon Safe is a group that works with private landowners to help salmon habitat.

The Aurora Bridge on State Route 99 is one of their big projects.

“To our knowledge, based on the scientist we used, Dr. Rich Horner, who is UW Emeritus and also an expert on roadway runoff, it is the most polluted stormwater he has tested in 40 years,” Southard said.

To keep all that pollution from entering the water, they’re building bioswales, which are basically rain gardens.

The soil and plants filter the water, modeling nature.

“We have been testing the stormwater as it comes through the bioswale, and even just reaching three chambers of a six chamber bioswale, over 70% of the pollutants have been removed," Southard said. “Once that stormwater goes through the sixth chamber, it is very clean and very safe for salmon habitat. That is what we are trying to achieve here. We are trying to replicate pre-development conditions in these bioswales.”

Stormwater runoff is the No. 1 toxic pollutant in Puget Sound. On average, the "pollutant load" that ends up in Puget Sound is "equivalent of the Exxon Valdez spill," according to Southard.

"One of the focuses in the Salmon Safe program is to inspire private landowners to go beyond code and to take the extra measures in terms of land management to protect salmon habitat," Southard added.